Over the past 20 years, business has been buenísimo for the Americans who have started Mexican food chains in the U.S.

Chipotle, started in the early '90s, boasts one of the highest-valued stocks in the chain restaurant industry. Qdoba, founded shortly after its rival, now has operations in 42 states. And Taco Bell, which has been in the game since the 1950s, saw its sales skyrocket from $2.5 billion per year in 1990 to $6 billion in 2007.

But these companies, the biggest and most lucrative chains in the U.S. Mexican food business, are not owned or started by Mexicans, but by white Americans -- a fact which some find troubling.

"[W]e see over and over that privileged whites profit from Mexican food while Mexicans are deprived of credit for their own creations," Anderson writes.

Arellano counters that there's nothing unfair about the success of these "brilliant business men." Everyone should be allowed in the U.S. Mexican cuisine business, regardless of their race, Arellano says.

"It’s only these cultural elitists who bemoan the fact that white people can make money off of Mexican food,” Gustavo said in an interview with The Huffington Post.

Some attribute the success of Mexican food chains in the U.S. to the expanding Latino population. Still, others say it may have to do with changing demand for fresh ingredients and more "exotic" flavors.

Qdoba's head chef Ted Stoner told The Huffington post that, "with the ever-growing Mexican-American population, authentic ingredients become more readily available and used in a wider variety of restaurants, and the knowledge of these flavors trickles through to the mainstream population."

But even the categorization of Chipotle's hefty aluminum-encased burritos and Taco Bell's Doritos Locos Tacos (tacos in a hard Dorito flavored shell) as "Mexican food" is up for debate.

John Mariani, food critic and author of "How Italian Food Conquered The World," says that America's brand of Mexican food, like American Italian food, belongs in a category of its own.

"The burrito and chimichanga aren't really familiar foods to most Mexicans from Mexico. They are much more Mexican-American or Tex-Mex than they are real Mexican food," Mariani said in an interview with The Huffington Post.

"What has happened with Mexican food being taken over by non-Mexicans isn't surprising at all. Most of the big Italian food chains aren't owned by Italians either," Mariani noted. "Olive Garden really isn't Italian food -- it's a Midwesterner's idea of what Italian food is."

Representatives from Qdoba and Chipotle both said in statements to The Huffington Post that they themselves don't view their "San Francisco 'Mission-style' burritos" as "authentic Mexican food."

"But who is to say what is truly 'authentic'?" Qdoba's Stoner asked. "When it comes to flavor, a major component of our culinary team’s job at Qdoba is to translate the spices, seasonings, ingredients and flavors from Mexico for the American palate. "

Arellano, on the other hand, insists that variations of tacos, burritos, and chimichangas should be seen as Mexican food, whether designed for an American palate or straight from el pueblo.

But Taco Bell itself doesn't seem so sure that what it sells is Mexican food -- or that its tacos are even actually tacos. In December of 2008, the company started new operations in Monterrey, Mexico, after a failed attempt nearly two decades prior.

Using the brand strategy "Taco Bell is something else" in order to distance itself from comparisons to Mexico's national cuisine, the company even made up a new word, "tacostadas," to describe what they call "tacos" in the U.S.

But their Mexican experiment failed again. Those stores opened in Monterrey were forced to close in early 2010 due to lack of customers, according to local reports.

Although some in the business claim the recent boom in Mexican-inspired food in the U.S. has to do with the rapid growth of the Latino population -- some of the dishes don't seem to be sitting well with Latino consumers.

While both Chipotle and Qdoba told The Huffington Post that they did not measure their success with Latino consumers, according to an Adage report, Taco Bell has struggled with a so-called "Hispanic conundrum" -- underselling to Latinos in the key 18- to 34-year-old target market.

Although no one seems to know yet if the booming burrito chains have been able to draw in the Latino market, Arellano says he has a hunch that they do. According to Arellano, it's not just about "authenticity" for Latinos -- it's about what tastes good.

"Sure, there are always going to be purists, and elitists, who will say this isn't real Mexican food," he said. "But the consumer will eat whatever is in front of them, as long as they think it’s delicious." 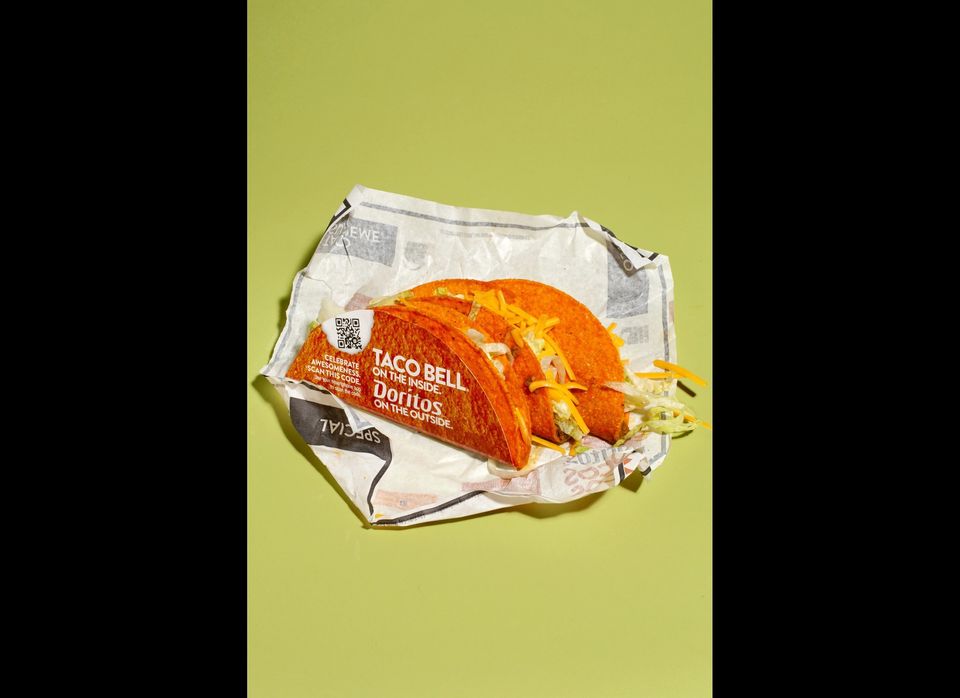