BUJUMBURA, July 11 (Reuters) - Burundi's presidential election has been postponed to July 21 from July 15, a presidential spokesman said on Saturday, after African leaders urged a delay to try to halt worsening violence in a nation that emerged from civil war only a decade ago.

Soldiers and unidentified gunmen clashed on Friday in Kayanza province, near Rwanda's border, a regional governor and officials said, further exacerbating tensions in a region with a history of ethnic conflict.

Kayanza governor Canesius Ndayimanisha said the gunmen had crossed from Rwanda, a charge denied by Kigali but which will fan fears of a wider conflict.

Burundi's army and the government in Bujumbura had no comment on the latest clashes, in which the governor said two soldiers and two gunmen had been hurt. "The situation is now under control," Ndayimanisha told Reuters.

Burundi's opposition is boycotting the election, saying a decision by President Pierre Nkurunziza to seek a third term is unconstitutional. The announcement of his re-election bid triggered weeks of protests in April.

The president cites a court ruling saying he can run again.

Asked whether the election had been delayed, presidential spokesman Gervais Abayeho told Reuters in a phone text message: "Postponed to July 21."

He said the president had signed the decree in response to a request from leaders of east African states plus South Africa.

The African nations had sought a delay until July 30 to give time for Ugandan President Yoweri Museveni to try to mediate between the opposing groups. Abayeho said such a delay "would be beyond constitutional limits."

The constitution requires an election is held at least a month before the end of the president's term, which is Aug. 26. 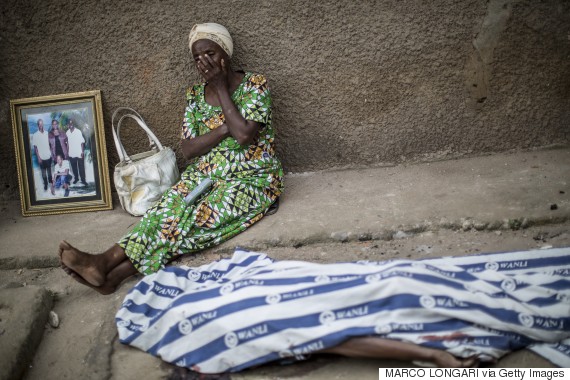 The U.S. State Department said on Friday it was "deeply concerned by reports that fighting has broken out in several areas of Burundi and by recently broadcast remarks by Burundians threatening to use force against the government."

It condemned "any armed activity or incursions into Burundi."

A general involved in a failed coup attempt in May said this week he and his comrades were still planning to oust Nkurunziza. The government says any attempt to destabilize Burundi would be met by the security forces.

The crisis has alarmed a region with a history of ethnic conflict. Burundi's civil war had pitted rebel groups of the majority Hutus, including one led by Nkurunziza, against minority Tutsis, who commanded the army at that time.

Rwanda, victim of a 1994 genocide in which 800,000 people, mostly Tutsis as well as moderate Hutus, were butchered, has vowed not to let such slaughter happen again.

"I would think it's better for Burundi to concentrate on the issues Burundi has rather than looking for issues elsewhere," she added.

Rwanda was among the nations calling for a delay in the election, along with Kenya, Tanzania, Uganda and South Africa. (Additional reporting by Clement Uwiringiyimana in Kigali and Michelle Nichols at the United Nations; Writing by Edmund Blair; Editing by Andrew Heavens and Gareth Jones)