It goes against everything we believe about motherhood, but I'd rather bury my child than leave him behind.

My son Benjamin was born with lissencephaly, a rare brain malformation. Developmentally he's like an infant in a 15-year-old body. He can't walk, talk or use his hands. I bathe, feed and diaper him every day. In the not so distant past, Benjamin would have been institutionalized. Without an arsenal of seizure medications, he wouldn't have lived to see his first birthday. By the age of 10, he was taking 26 prescribed pills daily.

Many children with Benjamin's disorder suffer with chronic pneumonia, and unstoppable seizures. Medical advances and invasive interventions, like tracheostomies and feeding tubes, have extended their lives but cannot change reality. These children die, young. I have spent Benjamin's entire lifetime mourning the deaths of children I've met on the Internet.

When I dreamt of parenthood, I expected to raise children who would grow strong and healthy. I dreamt of watching them graduate college and launch exciting careers. I hoped they would fall in love, marry and fill my life with grandchildren. I never thought I'd envision my son's name on a headstone in a peaceful resting place.

It began when Benjamin was diagnosed at 4 months old. My husband and I were forced to redefine parenthood. We couldn't protect our son from his physical devastation. Our only goal was to give Benjamin the best quality of life. We knew that the definition of "quality" would be hazy, dependent on Benjamin's needs and our capabilities. We knew we would always be judged.

The miracle in this situation is the existence of Benjamin's joyful soul. Although he has constant pain ranging from constipation to his slowly dislocating hip, Benjamin has never gone one day without smiling. He loves when I read, sing and dance for him. He likes to stay up late with company, and sit on his Daddy's lap for hours. He fills our home with his contagious laughter. 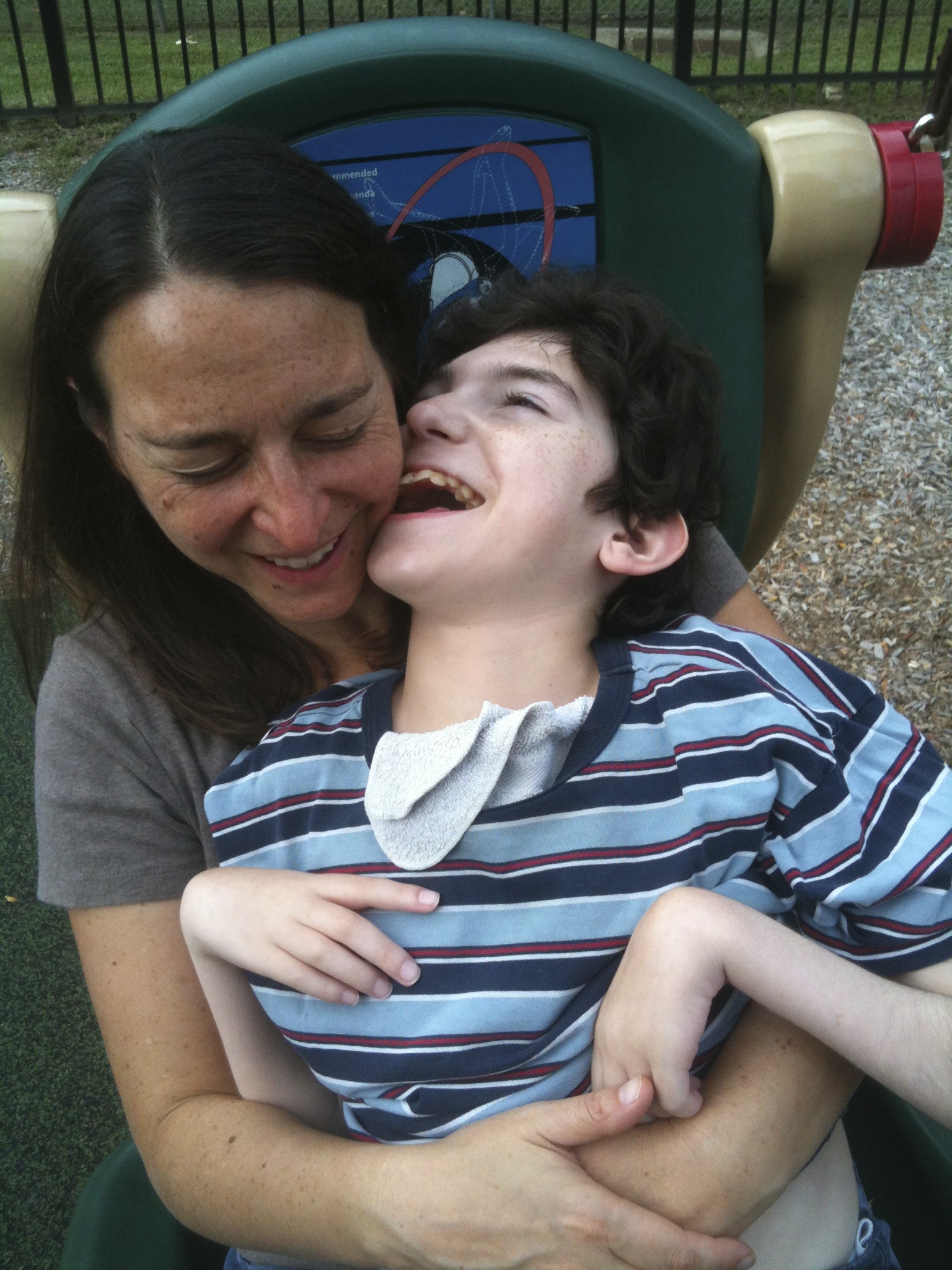 I have looked into Benjamin's eyes more than I've ever looked into anyone's. I'll never know his thoughts, but our connection is powerful. He possesses an intangible, indefinable beauty. I love my son in a way I will never love anyone else.

I used to worry about Benjamin dying, but now, 15 years in, I worry about him surviving beyond my husband and me. Only we have comforted Benjamin through daily seizures and seven surgeries. We are his one true voice. No one can understand Benjamin the way we do.

A few years ago Benjamin was vomiting for two weeks. The doctors assumed it was a virus, instructed us to wait it out. We watched him grow weak. There was a vacant, lifeless look in his eyes. He was a suffering shadow of himself. I kept pushing the doctors to help him fight to live. I felt selfish. Part of me wanted him to let go and die. That felt selfish too. Because of my persistence, we discovered Benjamin had an atypical presentation of pneumonia. I fear the day my voice is silenced.

If orphaned, Benjamin would need to live in some kind of hospital facility. I've seen medical residencies for children like Benjamin. They are sad places. A hospital setting is a business, not a home. I picture Benjamin alone in a bed, hooked up to tubes, nothing more than an insignificant number on a chart. With that in mind, I'd rather see him dead.

I have learned to embrace motherhood with brutal honesty. I don't actually want to see my son take his last breath. I don't want to know life without him. For as long as I live, I will do whatever I can to keep Benjamin healthy and give him the best possible quality of life. His happiness is my happiness. He is no less than anyone else, deserves every right and consideration. As Benjamin's advocate I can guarantee a strong proactive force. When I'm gone, I can do no more.

I will regret some of these thoughts if I do one day find myself standing on Benjamin's grave, but there will be no peace if he is wheeled across mine.

Joanne De Simone is a special educator and writer who lives in New Jersey with her husband and two sons.