A school bus driver in Princeton City, Ohio, has been canned after posting a selfie that looks as if she's drinking a bottle of beer on her bus.

The selfie, which was posted on Facebook shows, the driver for the Princeton City School District behind the wheel of her bus with her lips around a bottle of beer, WSYX reports.

The photo caused a brouhaha when parents and district officials saw it. The driver, whose name has not been released, was immediately fired by her employer, First Student Transportation.

The company issued a statement to WCPO:

"We are incredibly disappointed by our driver's actions. Behavior such as this does not align with company policy and the high standards First Student strives for in all we do."

An internal investigation revealed that the bottle of beer was unopened, no students were on the bus, and that the photo was taken after the driver was off-duty, Fox28.com reports.

However, parents like Sadie Leporati, mother of a student, said the driver should be forbidden to ever drive a bus again.

"She shouldn't go back," Leporati said, according to Fox19.com. "She should absolutely get fired. It was very inappropriate and very poor judgment on her part." 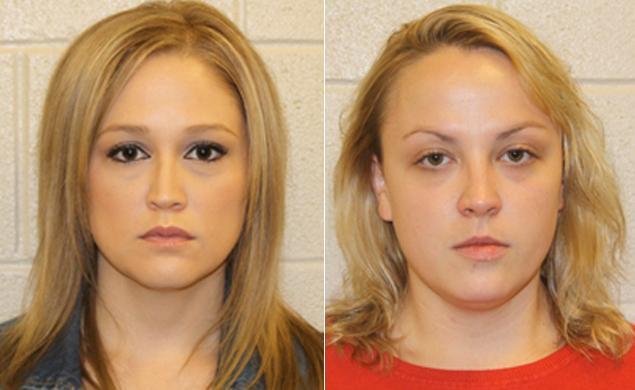 1 / 41
Shelley Dufresne, Rachel Respess
These two Louisiana teachers at Destrehan High School in St. Charles Parish were <a href="https://www.huffpost.com/entry/shelley-dufresne-teacher-sex-rachel-respess_n_5915244?utm_hp_ref=mostpopular" target="_blank">accused</a> in September, 2014 of having group sex with a student.
Kenner Police