WASHINGTON -- For Democrats with the Senate Intelligence Committee, releasing a summary of their report on the CIA's post-9/11 enhanced interrogation practices will bring a successful end to five years' worth of work and difficult negotiations. But they are already being told that they got it wrong.

The 6,000-plus-page document known as the torture report represents "a dishonest attempt to rewrite history," argued Jose Rodriguez, former director of the CIA interrogation program, in a Washington Post op-ed this past Friday. "We did what we were asked to do, we did what we were assured was legal, and we know our actions were effective. Our reward, a decade later, is to hear some of these same politicians [who once approved of the program] expressing outrage for what was done and, even worse, mischaracterizing the actions taken and understating the successes achieved."

The 500-page summary of the report, set to be released Tuesday, is understood to suggest that the CIA's use of techniques like waterboarding did not produce significant intelligence and that CIA officers misled those responsible for the program's oversight, including higher-level agency officials, the White House and Congress.

Speaking to The New York Times on Monday, former Vice President Dick Cheney, a fierce defender of the government's use of torture, said that the idea that the CIA misled the White House "is just a crock."

"What I keep hearing out there is they portray this as a rogue operation and the agency was way out of bounds and then they lied about it," Cheney said. "I think that's all a bunch of hooey. The program was authorized. The agency did not want to proceed without authorization, and it was also reviewed legally by the Justice Department before they undertook the program."

Cheney also told the Times that he had no regrets about the interrogation program and that Democrats on the Senate Intelligence Committee had self-interested reasons for releasing the report.

"It occurs to me," Cheney said, "it was sort of a cover for those on the Democratic side who were briefed on the program, but then were subsequently embarrassed to admit that and so are going back to construct a rationale to say, 'They didn't tell us the truth.'"

Rodriguez made a similar argument that elected officials who wanted extreme CIA action soon after 9/11 and were aware of the program while it was operational are now being hypocritical to score political points.

Besides Cheney and Rodriguez, a host of other CIA supporters are also vigorously justifying the program and the surrounding secrecy, with some saying that even if the interrogation methods were extreme, they proved valuable for national security. The debate has produced an unlikely pair of allies: the administrations of President Barack Obama and former President George W. Bush.

Even as some Bush administration officials say they are only speaking up to defend the difficult and under-appreciated work of lower-level CIA officers, they are also involved in the torture report debate to defend their own controversial decision-making -- which will likely take even more flak once the report summary is released.

"We have plans to correct the record as we see it," Bush-era CIA spokesman Bill Harlow told Foreign Policy in a Monday story. Harlow and other CIA alumni, including former directors George Tenet and Michael Hayden, are behind a website called CIASavedLives.com, which will go live the same day as the report summary is released.

The site will feature additional documents on the enhanced interrogation program, including some that have only recently been declassified, and op-eds by agency defenders, Harlow told Foreign Policy.

John McLaughlin, a former CIA deputy director under Bush, said in The New York Times on Monday that agency supporters will be targeting the Senate report's weaknesses. He said it “uses information selectively [and] often distorts to make its points."

According to former officials quoted in the Times, Bush lawyer William Burck was offered a chance to review the completed report by the Obama administration. They said that Burck, a former deputy White House counsel now in private practice, declined because it was too late to offer input.

But whatever the former president knows or does not know about the contents of the report, he appears keen to defend the CIA's actions during his tenure. The agency has longstanding ties to the Bush family: George H.W. Bush ran the CIA under President Gerald Ford, soon after the Church Committee had exposed some of its troubling actions in the 1960s and 1970s. (Here's a taste: working with the mafia against Cuban leader Fidel Castro.)

CIA officers "are patriots, and whatever the report says, if it diminishes their contributions to our country, it is way off base," George W. Bush said Sunday in an interview on CNN.

Because the report is believed to say that the agency misled the White House about the value and extent of enhanced interrogation, some Bush officials reportedly counseled a not-our-problem approach. Others who wanted to stand by the CIA -- including the former president -- won that argument and have now crafted a message that they suggest the current administration should present but can't because of political concerns.

"People in government have to choose their words carefully because they are, in fact, in government,” Hayden, the former CIA director, told Foreign Policy. “All the formers understand that, which is one of the reasons the formers are willing to say more. We do feel there’s a role for us to play here in trying to make sure the historical record is accurate.”

Hayden offered a similar explanation of his vocal opposition to the report in The New York Times: "We're not here to defend torture. We're here to defend history."

Various Obama officials are also scrambling to mitigate the fallout from the Senate report. For months, White House Chief of Staff Denis McDonough has been deeply involved in securing redactions to the report that are seen as critical by the CIA but are unpopular with Senate Intelligence Committee Chair Dianne Feinstein (D-Calif.) and her team. Secretary of State John Kerry entered the fray Friday when he called Feinstein to emphasize that he believed the report's release posed risks to Americans posted abroad as people in other countries learned more about controversial U.S. activities that took place on their soil and affected their nationals.

Kerry's message caused an uproar among Democratic supporters of making the summary public. But it echoed an argument that Hayden, the former Bush official, had made just weeks earlier.

Bush Officials Step Up To Blast Torture Report Before It's Out
George W. Bush 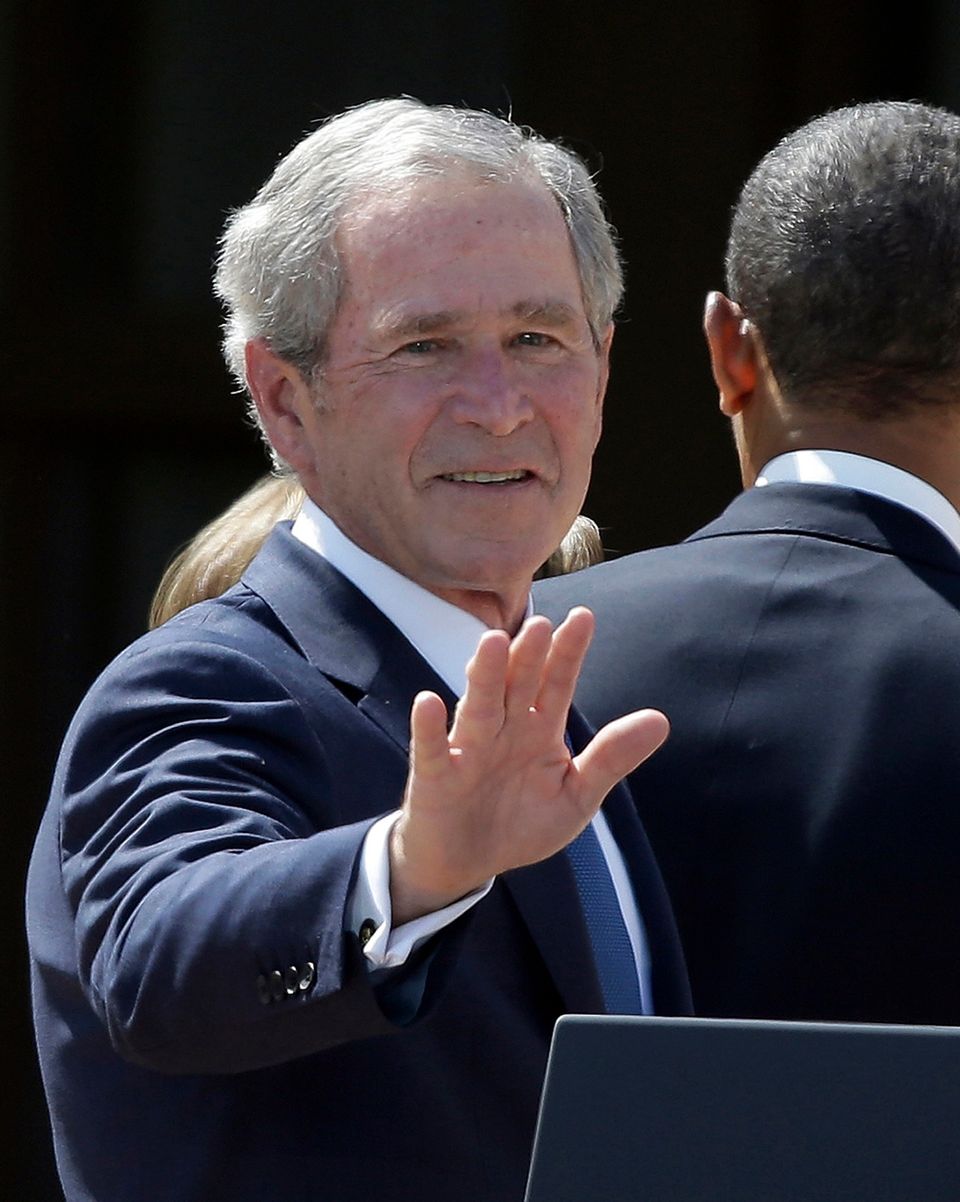