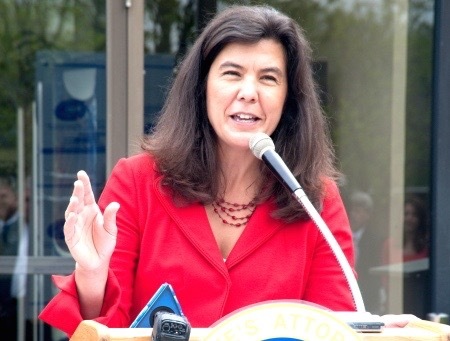 CHICAGO--In April, Cook County state's attorney Anita Alvarez announced a new policy that received national attention - her office would no longer prosecute people arrested for possessing small amounts of marijuana. In addition, people with nonviolent felonies on their record caught with marijuana or controlled substances would be diverted to drug rehab programs.

Though this marks a turnaround for Alvarez, who once deemed marijuana a "gateway drug," there are still several issues with the move - including that the Cook County Public Defender continues to see prosecution of some low-level marijuana cases, despite those cases fitting within the state's attorney's new guidelines for dismissal.

Alvarez's policy change, which many media outlets hailed as progressive, struck others in the legal world as borderline yawn worthy. The announcement wasn't a message to police to stop making arrests for those offenses - indeed, the Chicago Reader reported 212 city-wide misdemeanor marijuana arrests the very week of Alvarez's announcement. Additionally, judges and prosecutors already routinely toss out low-level marijuana cases.

But a month after Alvarez's announcement, there's still inconsistency when it comes to prosecutors following the state's attorney's new policy, according to Stephen Baker, legislative liaison for the Cook County Public Defender.

"From our supervisors, I have not heard of any sudden change. At least as of now, it's pretty much business as usual," said Baker.

Chicago began ticketing for small levels of marijuana in 2012, when the City Council passed an ordinance allowing police officers to issue $250-$500 tickets to those caught with up to 15 grams (around half an ounce), with a ticket serving as an alternative to arrest. Additionally, the Illinois Senate recently passed legislation which would go one step further, in essence decriminalizing small amounts of marijuana and mandating tickets for those caught. (That legislation still awaits approval from Illinois Gov. Bruce Rauner, who's expected to sign the bill).

With Rauner's potential support of decriminalization legislation, Alavrez's policy change with regard to marijuana misdemeanor in essence jumped the gun. The more interesting part of her announcement has to do with a plan to extend Cook County's drug treatment and education programs. "Drug school," as it's informally called, already exists for smaller drug cases where the offender has no criminal background. Those charged must take a series of classes which basically amount to adult detention - as long as they complete the program, their charges are dropped.

Alvarez's plan would extend that same kind of drug school to low-level felony offenders who do not have a background of violent crime. It's a new policy that equates to more people being diverted into drug rehab programs, according to Pam Rodriguez, executive director at TASC (Treatment Alternatives for Safe Communities), a nonprofit which has managed referrals for the state's attorney drug rehab programs for over 20 years.

"Some of this is kind of publicly making a statement about a change of policy and practice on the state's attorney's part, and some of it is actually new," Rodriguez said. "And what is particularly new is that it's going to be much larger. Whatever they're doing will be on a much bigger scale than they've done in the past."

Rodriguez has said she expects the number of people diverted to drug rehab programs to double to over 12,000 a year. There are also plans for a juvenile version of the program, which the state's attorney's office has compared to Seattle's privately-funded LEAD program. Rodriguez said she worries about costs, especially in light of Rauner's proposed budget which plans to cut upwards of $27.5 million in alcohol and substance abuse programming (The bulk of TASC's funding currently comes from the state and county).

So far, there are few funding specifics for the juvenile and felony drug programs - a Freedom of Information request for early funding data was denied, indicating concrete funding plans have yet to manifest. State's attorney spokeswoman Sally Daly would say only that the program would initially rely on federal funding via the Affordable Care Act and Medicaid. Daly added that the state's attorney's office expects both drug programs to be implemented by the end of summer.