Fishing and electronics are two of the most visible industries where modern slavery is affecting product supply chains. That's why forward-thinking associations and corporations are looking for ways to protect their businesses by finding ways to remove the taint of trafficking. 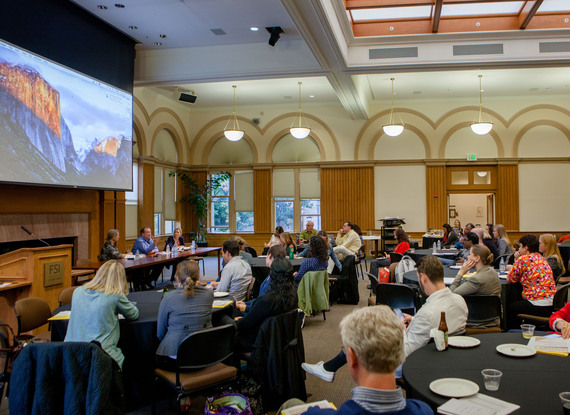 For fishing, the effort goes beyond individual companies and focuses on entire countries, according to John Connelly, president of America's leading fishing and seafood trade association, the National Fisheries Institute.

"We want to help the government of the country, help them understand the reputational risk [of trafficking]," he said. "Their country is being damned, not just their company."

For electronics, says HP Director of Global Supply Chain Responsibility Annukka Dickens, it's a matter of being responsive to customer concern.

"Consumers are increasingly becoming interested in not only the quality and environmental aspect of their products, but more so the social," she said.

Connelly and Dickens were the keynote public speakers at this year's Freedom from Slavery Forum at Stanford University last week. The forum's ongoing mission is to catalyze the anti-slavery and anti-human trafficking field, and increase the collective impact of the movement. This is achieved by inviting key, high-level players to come together to share and discuss best practices, lessons learned and new ideas -- as well as by building relationships with each other. 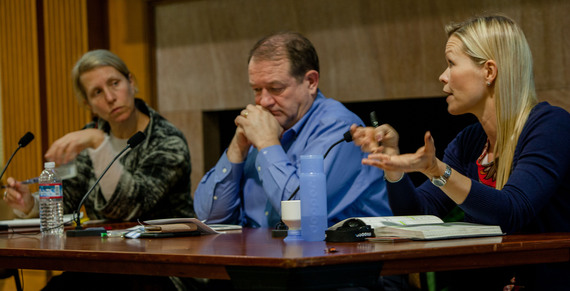 As previous forums have discussed, the scale of modern global supply chains makes tracking with 100 percent accuracy challenging. But the Fisheries Institute and HP are developing innovative attempts to do so.

"There is now a need for boats to provide pictures of those going out and those returning in order to track crew members," Connelly said. Creating photographic evidence of who is on board a ship can deter human trafficking.

The country of production is one of the first two areas HP assesses when dealing with "social challenges" in its supply chain, said Dickens. "The social performance of suppliers is now a multiplier as opposed to a category in the 'equation' of tracking performance," she said. This shift puts greater weight on ethical sourcing.

From a societal standpoint, Connelly explained that to accelerate progress, the human rights movement needs to work more closely with environmentalists. Environmental groups typically are much more active as fishing watchdogs, he noted, and so an "increase in the presence of social ones in this space needs to occur," he said. The involvement of nonprofit groups is vital, as they are "often providing services such as reputable hotlines that government agencies cannot."

Dickens also noted that training sessions provided to foreign business leaders by HP are important. But "inadequate legal protection is fundamentally the biggest issue these workers have," she said. "The issue of forced labor slavery needs to be realized on a micro-level with all employees."

The panel discussion was moderated by Nina Smith, the founding chief executive officer of GoodWeave International. She has developed initiatives for market engagement, standard-setting, product certification, inspection and monitoring of informal supply chains, removal and rehabilitation of child laborers, and a range of worker protection programs.