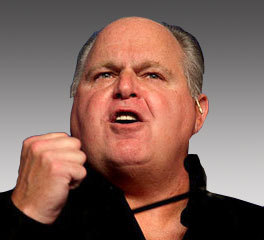 You may have heard about Dan Price, the founder and CEO of Gravity Systems, or at least you may have heard about what he did last week. He set a new minimum wage for employees at his company. That new minimum wage is $70,000 a year. He's making this happen in part by cutting his own pay to $70,000. Price explained that he wanted to do something about income inequality:

"They were walking me through the math of making 40 grand a year," he said, then describing a surprise rent increase or nagging credit card debt.

"I hear that every single week," he added. "That just eats at me inside."

What Price did reflects the spirit of the broader fight for a living wage, which recently took to the streets to fight for $15 an hour, or $31,200 a year for someone working 40 hours a week. According to a New York Times article, the public response to Price's decision has been overwhelmingly supportive. But if there's someone who wasn't going to like it, I'm sure you can guess who that is:

This is pure, unadulterated socialism, which has never worked. That's why I hope this company is a case study in MBA programs on how socialism does not work, because it's gonna fail.

Now, Rush, let me talk to you the way I'd talk to someone who knows absolutely nothing about the differences between capitalism and socialism, since that clearly describes you. When a business owner decides on a wage policy for his employees, that is something that only happens in capitalism. In socialism, the government doesn't just set a minimum wage; it determines all wages.

Dan Price -- not the government -- decided how his company was going to pay its employees. By definition, that's not socialism. Got it, Rush? Apparently not, as this next quotation makes clear:

And he's gonna find out it isn't gonna take long, because once everybody figures out they're all making the same, no matter what they do, the slackers are gonna surface. Human nature.

Um, Rush, where did it say that Mr. Price is going to pay all his employees the same wage "no matter what they do"? Having a minimum wage isn't the same as having a permanent, single wage. And where did he say that if employees aren't doing their jobs, if they became "slackers," they'd stay employed forever? Er, nowhere. But you've gotta just make stuff up to undercut this guy, a boss who is doing the right thing and poses a threat to your elitist ideology. And your audience won't call you out or fact-check you, so why not?