America's capitalists take every chance they get to remind us that they are our "job creators," but it turns out that their least-favorite thing on earth to do is create jobs.

Most U.S. business leaders would rather build robots, outsource work or use part-time employees than hire workers full-time, according to a new Harvard Business School survey. Here's a nice infuriating graphic from the smarty-pantses at Harvard Business School, who are educating all of our future non-job-creators in the art of not creating jobs: 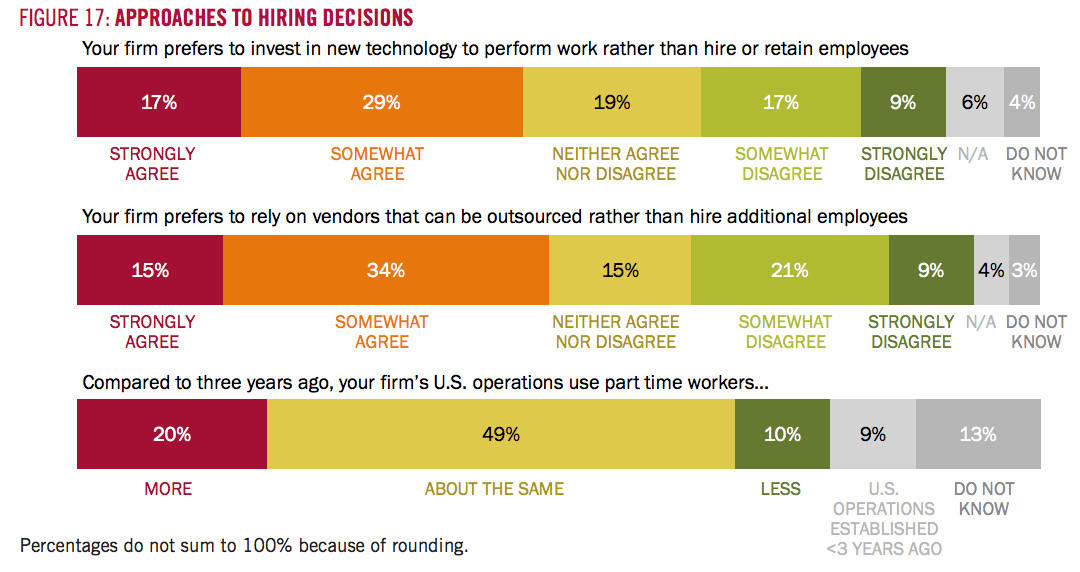 As you can see from the chart, 46 percent of our job creators would rather spend money on technology than employ humans, compared with a sad 26 percent who prefer people to robots, and another 29 percent who were confused or indifferent about the question or fell asleep while the survey taker was talking. Forty-nine percent would rather outsource than hire, compared with 30 percent who'd rather hire.

This is also bad news for the future of the economy because it means fewer workers are getting the training they need for our super-awesome, high-tech, no-job economy, Harvard pointed out:

"Firms invest most deeply in full-time employees, so preferences for automation, outsourcing, and part-time hires are likely to lead to less skills development," the study authors wrote.

This will give business leaders, who already think we lack the necessary skills for their precious jobs, even less reason to hire us in the future.