Busker is a word, primarily used in England, meaning to entertain by dancing, singing or reciting in the street or in public places. Buskerfest Miami is an annual festival in its second year bringing together dozens of performance groups spread across Miami's emerging downtown corridor, primarily at Metro Mover locations.

The festival happened last Friday. It kinda changed my life.

The concept is simple although logistically hard to execute: forty performances at ten different locations with a grand performance at the end.

They issue you a card and at every stop you receive a sticker.

Although the stickers didn't really add up to much (there was a raffle at the end and the amount of stickers one collected sort of proved arbitrary) it did create a scavenger hunt sort of feel mixed with a childish fun spirit. But the stickers are totally moot.

This is how the festival changed me.

It forced me onto the Metro Mover during rush hour. It made me bear witness to our fast paced culture, move, move, move, go, go go, yet everyone at the same time appeared disconnected with their necks slumped lower glued to their phones.

Then to jump off at a stop and catch a three-piece jazz ensemble, or a funk band, or a choir, the art and soul in their music, it actually counter balanced the monotony and isolation of our fast, fast, fast going nowhere culture. It provided an aesthetic juxtaposition that was quite cathartic. Like a symphony's crescendo.

And it's a beautiful December day when most of the country's under snow or flooding, and here we are just growing, literally before our eyes, literally underneath our feet.

Part of the journey was the calamity: the missing of a Mover by a second only to breathe and realize there will be another one in two minutes; the taking of the Downtown loop the wrong direction, getting lost and panicking, only to breathe and realize this is a chance to really learn our Metro Mover route. I no doubt learned how to better maneuver our Metro Mover because of this experience, and because of that I can now help people who are lost, and that is a sign of a growing city, a kind city, a real city.

Last week, in a tongue and cheek article I graded the Knight Art Challenge winners. I naively gave Buskerfest a "D" - I couldn't have been more wrong.

This festival, its organizers and volunteers are A + winners. 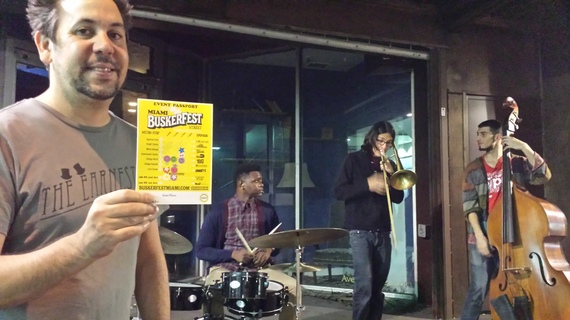 To the performers, our volunteers, and the people of Miami, thanks for making this night so special! pic.twitter.com/uIomdIpfGB 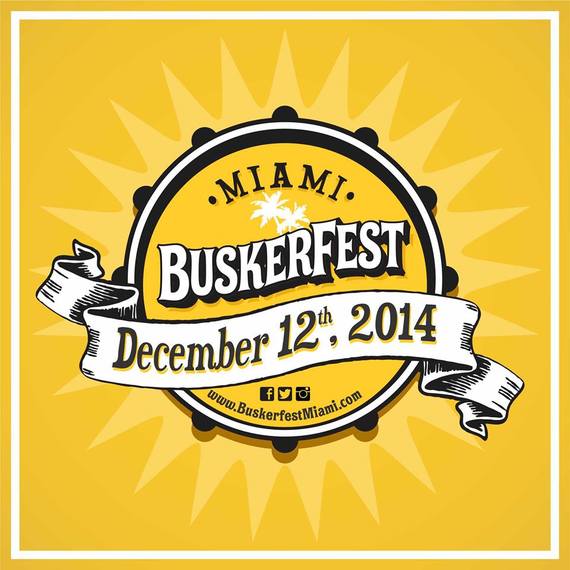