The Cincinnati Reds got busted.

After taking a 2-0 lead in the best-of-five NLDS against the San Francisco Giants, the Reds found themselves forced into a Game 5. In the winer-take-all contest, Giants All-Star Buster Posey took it all.

In the top of the fifth with the Giants already ahead 2-0 and the bases loaded, the 25-year-old NL batting champion absolutely crushed a 94-mph cutter that Reds pitcher Mat Latos grooved right down the middle of the strike zone. Latos appeared to know where the ball was headed, as he didn't even turn around and watch it soar.

It was the third grand slam in Giants' postseason history and sent them on their way to a 6-4 win. 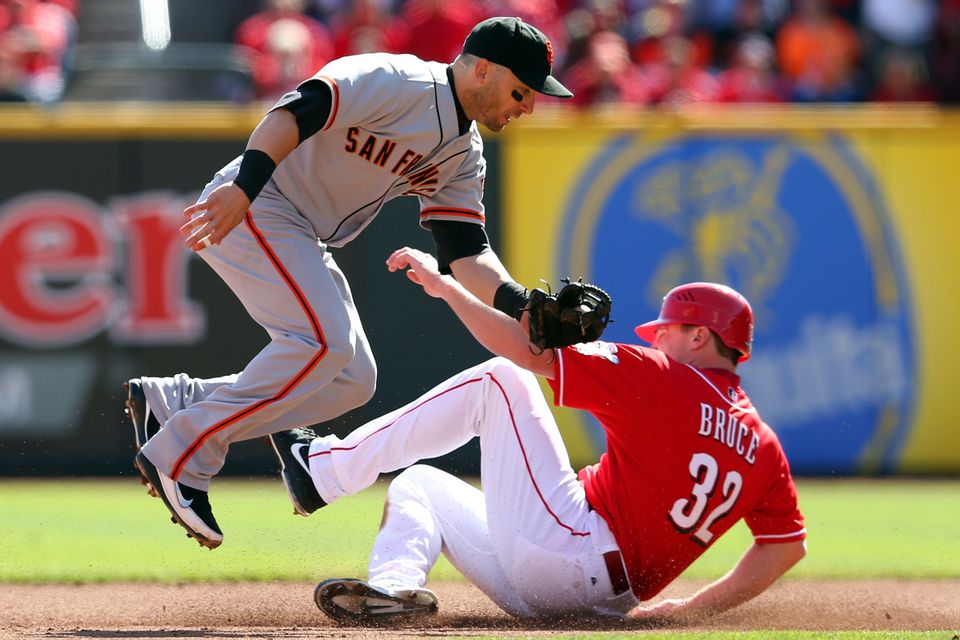 1 / 39
Marco Scutaro
Marco Scutaro #19 of the San Francisco Giants tags out Jay Bruce #32 of the Cincinnati Reds at second base in Game Five of the National League Division Series at Great American Ball Park on October 11, 2012 in Cincinnati, Ohio.
Getty Images