A longer version of this article appears this week in the Sonoma Independent, a nonpartisan free online website by the non-profit Informing to Empower.

On April 3, 2015, Sonoma County's secret war on marijuana confronted an unprecedented roadblock. A freedom flash mob had gathered, overfilling a courtroom and packing the hallway outside. Nearly 100 upstanding citizens had taken off work that morning and made their way through a crowded security checkpoint to challenge the recommended four-year imprisonment of Yarrow Kubrin. A tax-paying real estate broker, husband, and hands-on parent of two young children, Kubrin was due to be sentenced for a four-year-old victimless crime of a "legal grow" operation that had violated a few technicalities of the state's arcane marijuana laws.

Sonoma County had never seen anything like it. Kubrin was unwilling to leave his family to walk quietly into the dark night of shameful criminality for a victimless crime. He was asking for help, and his community was rising up to support him. 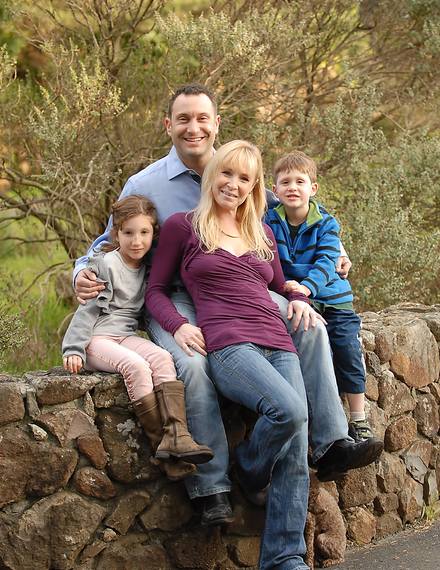 Last fall, the Assistant District Attorney prosecuting his case had revoked her own plea bargain offer of probation but no jail time, as "too sweet a deal" for her supervisor. The D.A.'s office had requested that the judge sentence Kubrin to a prison term of no more than five and a half years. Sonoma County's Probation Department, on its part, recommended a jail term of four and a half years with three additional years of probation, during which time, according to the recommendation, Kubrin could be sent back for more jail time if he violated unrelated technical prohibitions like drinking alcohol or stepping foot in a bar.

Because Kubrin pled guilty (to avoid even longer prison sentences), Superior Court Judge Rene Chouteau has complete discretion as to whether to sentence Kubrin to many years in prison or to allow him to remain with his wife and children, supporting them while on probation. So the air was tense in the packed hallway outside the over-filled courtroom, where Kubrin's fate was being weighed.

After a half hour, Kubrin emerged from the courtroom with his attorney, who had to stand on a bench to be heard. The assistant district attorney for the case, the crowd was informed, was seriously ill with pneumonia and had been granted a one-month postponement. The sentencing hearing was rescheduled for May 5.

Last week, Kubrin's wife Heather decided to go public with a plea for leniency. She launched a MoveOn petition that had about 500 signatures within days. Entitled "Stop Incarcerating Parents for Victimless Marijuana Crimes," it says, "I urge Sonoma County District Attorney Jill Ravitch and Probation Director Robert Ochs to stop recommending prison sentences for victimless crimes related to marijuana. I ask that they listen to citizens like me whose taxes pay their salaries and the ballooning costs of incarceration, and withdraw their five-year imprisonment request for Yarrow Kubrin, father of two small children, and others like him. District Attorney Jill Ravitch campaigned on a slogan of 'Keeping You Safe.' Tearing parents from their families and incarcerating them for years for victimless crimes like growing marijuana makes our families, and community, less safe!" 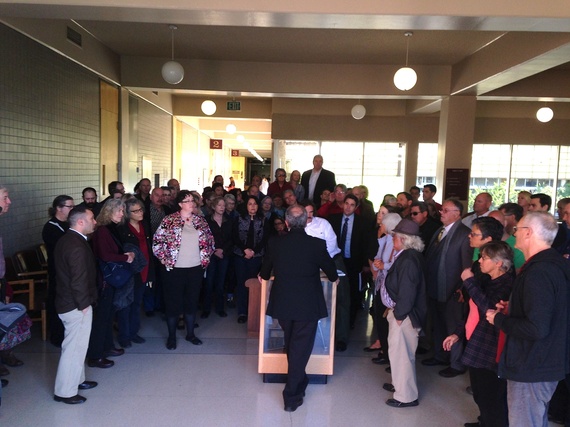 A freedom flash mob for Kubrin gathers outside courtroom.
Photo by Jonathan Greenberg, The Sonoma Independent

The petition adds momentum to more than 80 letters that the sentencing judge has received requesting leniency. Kubrin's Attorney Chris Andrian is one of the region's most experienced criminal attorneys. He observes, "Yarrow has broken the record for the most high quality letters of support I have ever received, both in the number of letters and the character quality of the people who wrote them -- doctors, lawyers, business owners. And I have never seen anywhere close to this many people taking time out of their lives to come to a courtroom." Andrian explains that "there seem to be more marijuana cases going through the system than ever before. There are an inordinate number of people in our prison system that are there for drug crimes."

Sonoma County, Andrian believes, is not prioritizing its prosecutions in accord with the will of its taxpaying citizens. In 1996, about 70 percent of County citizens voted to for Prop 215 (which passed statewide) to legalize medicinal marijuana. And more recently, in 2010, a clear 55 percent majority voted for Prop 19 (which failed statewide), to fully legalize recreational use.

Yarrow Kubrin was arrested more than four years ago, a few months after making numerous cash deposits of more than $10,000 each in an Exchange Bank account that he had opened for his non-profit grow operation. Tracking revenue, keeping careful books and paying taxes on sales are required by the State of California's obtuse medicinal marijuana law. But paying taxes would seem to require a checking account, which, in turn, necessitates a bank account. Kubrin thought that depositing money in a bank account, along with limiting the number of plants grown to the number of patient licenses, and the size of his "canopy," would make his grow operation conform to state law. But he was wrong.

In a Kafka-esque manner, depositing cash from any marijuana sales in a bank account violates state and federal banking law. Exchange Bank decided not to simply cancel Kubrin's account, as hundreds of banks did to more than 1,292 marijuana-related businesses during the past year. Instead, it contacted the Sonoma County Sheriff's Department. They obtained search warrants, and early one morning in 2010, heavily armed law enforcement teams raided the pot farms. They confiscated all the money they found under the State's draconian civil asset forfeiture law, even pulling cash out of each individual's wallets.

They then hauled Kubrin, and his employees, off to jail. Kubrin's charges were complicated by the "constructive possession" of never fired firearms in his wife Heather's locked safe, for which he was charged, by the D.A., with a felony, because he had a prior marijuana felony conviction for selling $500 worth of hashish to an adult undercover agent nearly 15 years earlier.

In its presentation of the Yarrow's past and current charges and recommendation of four and a half years in prison for Kubrin, the Sonoma County Probation Department does not relate a single past or current charge of Kubrin harming or threatening anyone, growing on public land, diverting water, or selling marijuana to minors.

Since his arrest, Kubrin has left the marijuana business and developed a thriving career as a real estate broker. His advice to the thousands of growers who have made marijuana perhaps the largest cash crop in Northern California is this: "Stay off the radar entirely -- don't be lured into the false paradigm that there's safety in transparency. The wrongest thing I think is we're being told if you tack towards the light you won't be treated like a cockroach. And yet the moment the light turns on they're batting you with a shoe."

Numerous public comments posted on Heather Kubrin's petition express a growing populist sentiment against the misuse of ever-growing sums of taxpayer money on prosecution, incarceration and probation of citizens like Kubrin. David Schwartz wrote, "The penalty should match the crime. Destroying lives and families over victimless crimes is draconian, especially since cannabis has been proven safer than both alcohol and tobacco. Please stop the insanity."

"I have a slogan, pot for potholes," attorney Andrian says. "Here we have a County Government that cannot afford to fill its potholes, but they want to spend more than $50,000 a year to imprison a hardworking father who pays taxes. Why do you want to send a guy like this to prison? You can fine him, you can put him on probation, you can make him do community service... but what do you want to take him out of circulation for, when he's producing, and has young children that need him?"

During the past four years, while crime against people and property has dropped to near record lows, Sonoma County's Probation's budget has increased by $16 million, to $63 million. It surprises many taxpayers to learn that the County Probation Department's budget has ballooned to nearly four times the size of our entire County Library system. Or that these libraries, serving 100,000 regular users, have been closed Mondays for the first time in a century due to a budgetary shortfall of a little more than $1 million, a shortfall that Sonoma County, which has emerged from the recession stronger than ever, cannot seem to find money to address.

Outside the courtroom for Yarrow's sentencing, Kathy, a real estate client of Yarrow's who manages corporate sales for a major telecom in this area, commented, "There are so many other ways to spend that money rather than cases like these, like libraries and social services." Kathy had taken part of the morning off work to join the freedom flash mob outside the courtroom: "It's completely unfair. Yarrow is a really good guy who was trying to do the right thing in a gray area of the law, and he's absolutely done no physical harm to anyone. It sounds to me like a racket."