I was just like most people once. When I decided to spend most of a year living and volunteering in Tanzania, I said early on that I didn't want to do orphanage work. I love kids, always have, and for exactly that reason, I thought it would be too sad to be around traumatized, orphaned children. I couldn't have been more wrong. 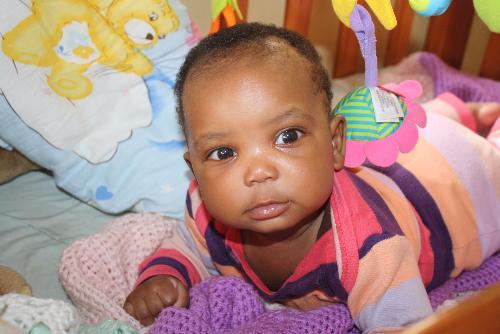 People tend, consciously or unconsciously, to put children into two categories - happy, healthy, normal kids like mine, and pathetic flyblown orphans who are somehow different - broken. It's a defense mechanism against the terrifying recognition that any parent could be here today and gone tomorrow, and that it is a mere accident of birth that we are blessed to live in a place where that is less likely than it has ever been. And poverty porn is a tactic that charities have often consciously deployed - show the desperation, tug on people's heartstrings, get the donations coming in based on guilt and pity. 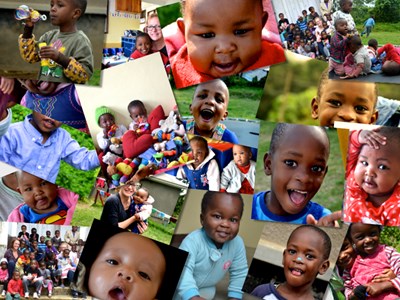 Here's the thing though - those ads are wrong. The picture you have in your head of African orphans is wrong. Although they have suffered immense loss, the children I work with are some of the brightest, happiest, most incredible children I have ever had the privilege to meet, and they have been deeply loved, most from the day of their birth. There is no word for caretaker in Swahili - if you care for children, you are their mama. Each of the children have at least one, and often several, special "mamas" who can tell you their favorite color, what songs they like to sing, what their favorite foods are. I have personally had the immense privilege of watching many of these children grow up over the last five years, and I can tell you that Pray has been taking things apart and putting them back together since he was a toddler, and can now (at age 8) fix most items that break in the house (although he is still mostly the one who breaks them in the first place). Or that Neema, a currently normal-sized three year old, was so fat as a baby that she couldn't reach her hands and knees past her round belly to learn to crawl. I remember the nights spent rocking sick, premature Ebenezer, not knowing if he'd make it through the night. He is now a gorgeous five year old who is starting school and living at home with his father and brothers. I could tell you about the days before we installed solar lighting, when power outages in the evenings meant holding a baby with one hand and a candle with the other, while singing "In the Jungle" to keep the older children from panicking. A few years ago, almost every single one of the orphanage children would have remained in an institution or boarding school until adulthood. A few years before that, they would have been shipped back to the village at age three, many dying of neglect shortly thereafter. 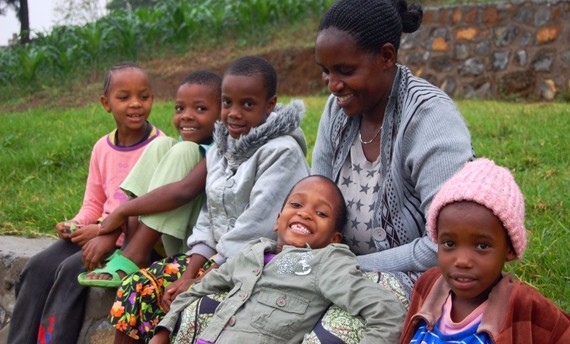 In Tanzania, and across much of Africa, it is way too easy to give a child up to an orphanage, and far too difficult to get help to keep them in their families and communities. How many of you reading this would take in a distant niece or nephew, if you were struggling to put food in your own children's mouths? How many would leave your child in an orphanage long term, if you knew they'd get better nutrition, education, and life chances than they would if they remained with you? Orphanages are not enough. Pity is not enough. One-size-fits-all development solutions are not enough. They are band aids, masking the deeper problems but giving well-meaning donors a sense of having contributed. 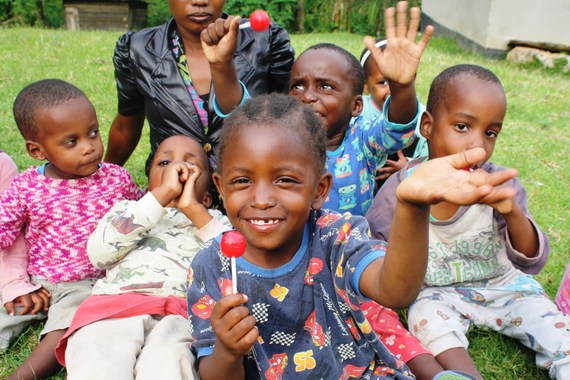 Poverty and lack of medical access have robbed almost all of our children of their parents, but the problem in their lives is not lack of love. It is lack of opportunity, access, funding to ensure proper caregiver ratios, resources for struggling families to get back on their feet. In about 2/3 of cases, there are relatives who are thrilled to take in these children as they grow up and no longer need full time care - but without support, poverty makes that impossible. At TST, we believe in chances, not charity. That means two things - giving families opportunities to build better lives for themselves and their children, and a commitment to raising children equipped to break the cycle of poverty, instead of merely patting ourselves on the back for keeping them alive to reach 18. Our organization provides high quality, family-style, attachment based residential care in cases of absolute necessity, and focuses the rest of its efforts on keeping children out of orphanages and home with their families. In cases of residential children, we have over a 50% success rate at reunifying children with relatives once they reach school age, and a 90+% success rate at keeping children at home with family members. We do this through paying school fees for children once they return home, and supporting the families with business training and microfinance to help them to escape poverty in the long term. 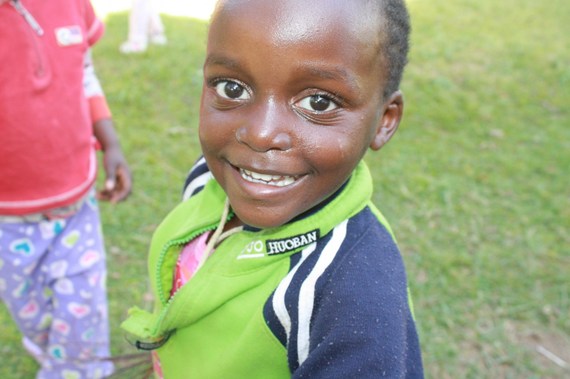 One of my favorite families in our Family Preservation Program consists of a widowed mother, Mama Sarah*, and her three daughters Sarah, Sofia and Susanna*, all of whom had been seriously abused at the hands of a neighbor prior to being referred to us by Social Welfare. The youngest daughter had already been placed in temporary residential care, but we were able to move the mom and other two daughters to a safer location, and get Mama Sarah set up with an income-generating business to care for her daughters. Sarah and Sofia are now enrolled in a local primary school, and their mother is so proud and relieved to be able to provide for her family for the first time since her husband's death. The girls continue to get therapy and one faces some ongoing health issues, but are generally happy, thriving kids. I shudder to think what might have become of them, had we not been able to step in. Mama Sarah is just one of many amazing parents and grandparents who have leaped at the chance to create a better life for their families - many using our initial help as a springboard to multiple businesses, diversified income streams and long-term success.

This isn't the type of help most NGOs are set up to give. It's not as glamorous as taking care of cute babies. It's not as easy as providing a bowl of rice or a bottle of formula. It doesn't give you the luxury of specializing in one type of service, because a single family might need help from several different directions over time. Solving these deeper, structural problems in a sustainable way requires serious engagement with the children, families, and community we work with. It require local knowledge and, more than that, local leadership. It require us to take off our superhero cape and be humble, to listen, to look long enough to see the ambition, strength and perseverance that has carried this community through hundreds of years of slavery, colonialism, and the blight of HIV/AIDS. To recognize that nobody needs to be swooped up and carried away - they simply need a ladder, and they will climb the rest of the way themselves. And that children are just children, and if given plenty of love and proper care, are capable of bouncing back from incredible tragedies. Please, if any of these words or faces have touched you, let me invite you to join our village. I promise it will be something you never regret.