Tyrie Bell was sentenced to 30 years in federal prison. His crime: He sold 82 grams of crack to an informant. Tyrie has been locked away for 17 years. It is not simply the shockingly harsh sentence that makes Tyrie a compelling argument for sentencing reform. It is the disparity between him and the violent undercover informant who netted him that demands our attention. It is also the story of Tyrie's teen drug addiction, homelessness, and earnest prison rehabilitation that forces our nation to confront its own addiction to incarceration.

Tyrie was not a gang member. He was not in a drug ring. He was a lone street-corner crack dealer, who became addicted to cocaine at age 16. Tyrie's childhood gaze never rose above eye-level. He was homeless and untethered by age 15, when his family's home burned down and his mother could no longer support him with her $3.75/hour job. With no place to go, Tyrie moved into a crack house in Harvey, Illinois--one of the poorest, most crime-ridden suburbs of the Chicagoland area. An addict allowed Tyrie to sleep on the floor of her crowded home in exchange for drugs. She was one of many caustic adults in Tyrie's young life. Tyrie learned to deal crack for a place to sleep. Addicts came and went at all hours of the day and night. He lived and breathed in a fog of addiction, violence, and deprivation. He dropped out of high school and took his first hit of cocaine at age 16. By 1991, Tyrie was a casualty of the drug epidemic long before he contributed to it.

Another caustic figure in Tyrie's life was a man named CC, who had a penchant for violence and guns. In 1991, CC was serving time in Illinios state prison for armed robbery; he'd held up six people at gunpoint. Undeterred, in 1998, CC was out of prison and had already committed another act of armed violence. CC was also facing federal drug charges and looking to make a deal with the government to avoid more prison. Tyrie was low hanging fruit. CC knew Tyrie sold street corner crack. The feds entered into what is known as a "cooperation agreement" with CC, who agreed to wear a wire and nab unsuspecting street dealers. Prosecutors would reward CC with a reduced sentence in his own federal case. CC wore a wire and purchased 82 grams of crack from Tyrie, who was arrested on a cold December day in 1998.

Tyrie's federal prosecution was his third strike in 11 months. Twice earlier that year, state police had picked him up for selling small amounts of crack, 15 grams and 81 grams respectively. The feds doggedly pursued Tyrie as if he were a drug kingpin. Prosecutors filed a notice under the federal three strikes drug law --known as Section 851 -- that meant the judge would be required to sentence Tyrie to a mandatory life sentence if a jury found him guilty at trial. There is no parole in the federal system; a life sentence means a living death sentence. The prospect of only leaving prison in a pine box for selling 82 grams of crack was outrageous, but it was very real for Tyrie. He accepted a plea deal to a mandatory 30 years "to save my own life," he now recalls. His federal sentence was rubberstamped with little room for the judge to consider the human being standing in the courtroom. The judge disagreed with the required sentence, saying: "Well, I am going to obviously impose the least amount of time under the guidelines that I can." That mandatory sentence was three decades in the federal penitentiary. At 25, Tyrie was condemned to a cell for more years than he had been alive.

CC, the informant, fared far better in his own federal drug case. For nabbing Tyrie, prosecutors rewarded CC with a three-year sentence. Yes; the violent, three-time felon informant against Tyrie got just three years in prison. Do you feel safer now? CC was arrested a year after his prison release for physically threatening his probation officer. Safer still? Back in court, prosecutors conceded that CC was "a threat to society" whose "disrespect for the legal system is in fact longstanding." CC may be a good candidate for our nation's harsh drug penalties. For some reason, federal prosecutors didn't see it that way back in 1998.

Meanwhile, Tyrie earned his GED in jail awaiting sentencing. He completed the federal drug rehabilitation program in 2001, and he has been sober since his arrest. He enrolled in college correspondence courses in 2007, earned a 3.7 GPA and received his associate's degree in Business Management, all while working 10,000 hours in the federal prison's work program. Why do we spend spend over $30,000 per year to incarcerate Tyrie Bell? 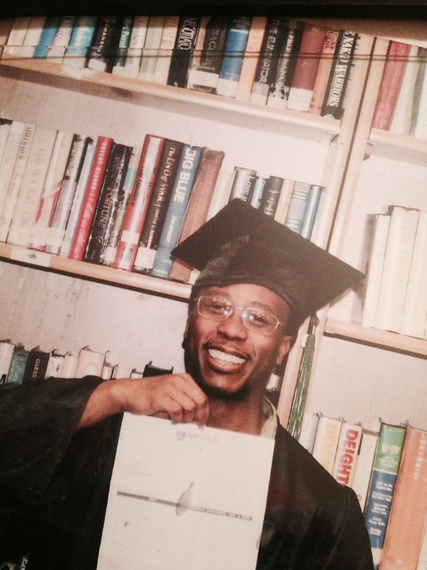 It is beyond the point of legitimate debate that crack and powder are chemically indistinguishable forms of the same drug: cocaine. The Supreme Court, Congress, and Department of Justice have all said so. Any penological distinction between crack and powder cocaine is unwarranted and historically has had a racially disparate impact. In the 1980's, Congress hastily adopted a 100-to-1 ratio that treated every gram of crack cocaine as the equivalent of 100 grams of powder cocaine. The result was exponentially longer sentences for crack offenders, most of whom were African American.

A tectonic shift in federal cocaine sentencing policy occurred when President Obama signed the Fair Sentencing Act of 2010 (FSA). In a statement to Congress, Senator Richard Durbin D-IL, the author of the FSA, stated: "Every day that passes without taking action to solve the problem is another day that people are being sentenced under a law that virtually everyone agrees is unjust. . . . If this bill is enacted into law, it will immediately ensure that every year, thousands of people are treated more fairly in our criminal justice system." The FSA reduced to 18:1 the sentencing disparities between powder and crack cocaine. The FSA's 18:1 ratio was imperfect, but it was a presidential and congressional recognition that prior crack sentences were indeed unfair. Unfortunately, for Tyrie and the thousands like him already serving unfair sentences the FSA was not retroactive.

There are two bills pending in Congress that could change that: Sentencing Reform and Corrections Act of 2015 (S. 2123) and the House companion bill Sentencing Reform Act of 2015 (H.R. 3713). Both bills were introduced last fall and have garnered bipartisan support. If enacted, they would lower a number of harsh federal drug mandatory minimums. Importantly, both bills would make the Fair Sentencing Act of 2010 retroactive, allowing judges to reconsider thousands of unfairly sentenced drug offenders and grant their overdue release.

A frequent critique of the sentencing reform legislation is it "doesn't go far enough." Alarmingly, this critique does not come from the right wing. It comes from the left and purportedly from well-intentioned criminal justice allies. By "far enough," liberals and even some African-American opponents complain S. 2123 and H.R. 3713 do not eliminate mandatory minimum sentencing. If this Congress won't even consider an Ivy-League educated white man for the Supreme Court, it most probably won't abolish all mandatory minimums.

Another liberal critique is that sentencing reform must be delayed until we've precisely measured its every possible impact. The National Urban League has urged Congress to delay floor votes on S. 2123 and H.R. 3713 until there is "comprehensive data around the racial impact of the provisions of these legislative proposals on sentencing and corrections reform." Here is how effective reform would be for Tyrie Bell: FSA retroactivity would command a sentence of 11 to 14 years. He has been locked up for 17 years; he has and continues to overserve the upper benchmark for what Congress considers a fair sentence for his crack offense. Every night Tyrie now spends in prison is fundamentally unfair. S. 2123 and H.R. 3713 would free about 5,000 other prisoners -- up to 89% African American -- who are serving discriminatory pre-FSA sentences.

As the unincarcerated, we should be acutely aware of our privilege. Do I think the sentencing reform bills are perfect? No. However, I am not in prison. As a federal defender, I've defended hundreds of cases. An imprisoned client has never called me and said, "Hey, Ms. Cody. Although that new law would free me, it doesn't go far enough; so I am going to just sit in prison until better legislation comes along." Sentencing reform is not simply impressive bipartisan politics, blog fodder or robust intellectual conversation. Sentencing reform is a moral imperative, particularly for the thousands of melanated bodies disproportionately over-sentenced during America's addiction to incarceration. There are prisoners like Tyrie who are overserving time. Like Tyrie, they are disproportionately African American. Like Tyrie, they would directly benefit from sentencing reform. Their freedom must be an indispensable, non-negotiable starting point.

The question is not whether we've precisely measured the atmospheric fog. The question is whether sentencing reform starts with the expeditious decarceration of the 5000 unfairly sentenced -- forthwith. Not one opponent of S. 2123 or H.R. 3713 has volunteered to switch places with Tyrie or the thousands of prisoners like him until better legislation comes along. A privileged critique that does not begin with the swift decarceration of the unfairly imprisoned ignores their bondage at best and perpetuates it most probably. I refuse to entertain the "does the bill go far enough" conversation until Tyrie and the thousands like him are free. I encourage leaders in the African American community, our representatives in the Congressional Black Caucus, our defenders and allies to #freethe5000.

Listen to Tyrie tell his story to President Obama here.