In December of 2011, animal welfare advocacy group Mercy for Animals released a gruesome undercover video of turkey abuse at a plant that raises poultry for Butterball. That footage led to a raid of the plant being videotaped, as well as several arrests and criminal charges for employees who were involved.

But it seems Butterball -- which raises a full 20 percent of the total turkey sold in the country every year, and 30 percent of the turkey eaten on Thanksgiving -- hasn't learned its lesson. Because today, Mercy for Animals released another horrifying video detailing turkey abuse at several Butterball plants in North Carolina.

The disturbing video is embedded above. It's not the most graphic animal abuse video we've seen, but you should still exercise caution before deciding to watch it. It's quite grainy and is in black and white, but you can clearly see workers kicking and throwing birds around the plant. At one point, an employee callously notes that he's seen maggots crawling all over the birds.

Mercy for Animals is encouraging people moved by the video to consider eating a vegetarian turkey substitute instead of a bird on Thanksgiving next Thursday. Another option is to opt for a turkey raised more humanely, on a smaller farm. Many of the latter have added benefits in terms of flavor, compared to the Broad-Breasted Whites raised by producers like Butterball. Click through the slideshow below to see several heritage breeds: 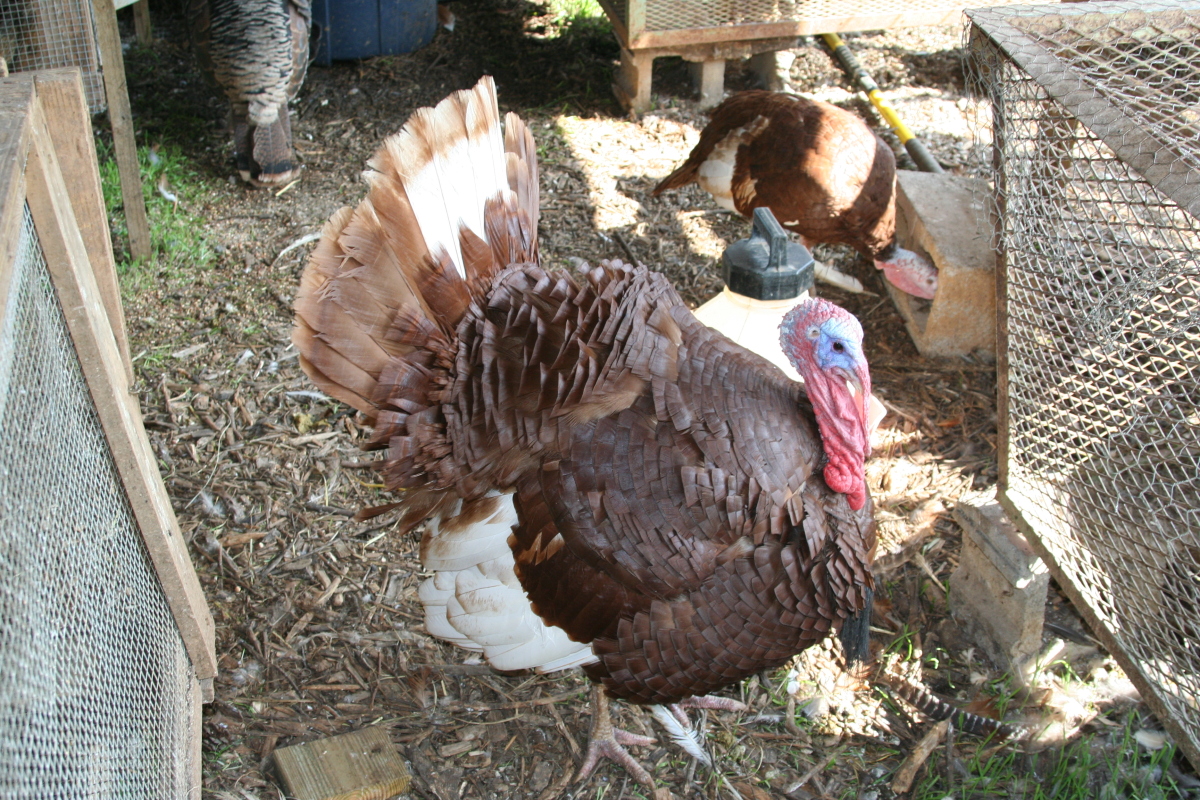 1 / 7
Bourbon Red
The Bourbon Red is noted for two things: its handsome red features and its excellent, full flavor. It's known as one of the <a href="http://heritageturkeyfoundation.org/articles/Turkey Article 13.htm" target="_hplink">best-tasting heritage turkey breeds</a> stil in existence. Bourbon Reds have the potential to grow up to around <a href="http://www.albc-usa.org/cpl/bourbon.html" target="_hplink">23 pounds for the toms and 12 pounds for the hens</a>, though many are smaller than that in practice.
MediaWiki