As a book lover or a book industry professional, you've probably heard people say "nobody reads anymore." Yet people are still buying books.

The Book Depository, the UK's largest online bookseller, which is owned by Amazon, has created a mesmerizing live map that apparently tells viewers when a book is purchased through their system.

"Someone in New Zealand bought 'Fifty Shades of Grey'," "Someone in the United States bought, 'The Story of Sushi'," "Someone in Spain bought 'The Complete Prose' by Woody Allen," the site informs us over a five-minute period today.

According to the map, a book is being purchased from The Book Depository nearly every minute. whether or not they're being read is another question. But it's certainly hypnotic to watch.

Check out these inspiring images of book buying around the world, then check out the map for yourself. We're just waiting for Amazon to activate this across its North American site, with an additional option to select just one book, and watch where it gets bought. Or a version that shows you what people are reading on their Kindles right now. Now THAT would be fun to watch. 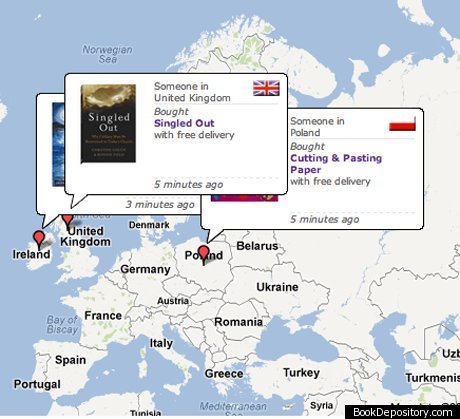 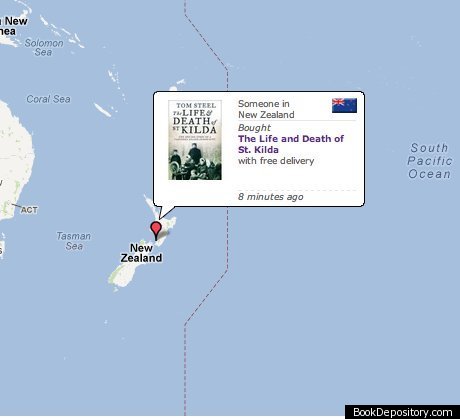