Imagine you are a seven-year-old being offered for sale to a strange man -- by your own father. "I looked into his eyes and could see that he did not want to give her up," said Diana Mao who witnessed the horrors of sex trafficking during her 2007 trip to Cambodia with a microfinance group. While in a remote village, she met a single father with seven children, so desperate that he offered to sell his youngest daughter to one of Diana's male colleagues. This chilling incident sparked Diana's passion to become a modern-day abolitionist. A similar tragedy plays out every day for the estimated two million children who are trafficked as sex slaves across the globe.

Diana returned to Cambodia in 2008 with her friend Alissa Moore. They were on a mission to develop products that would create job opportunities for survivors of trafficking and for girls and women at risk of being enslaved. On this visit, they met Nomi, a mentally disabled survivor of sexual abuse who had been rescued at age 8 and now lives in a special needs group home. As Diana explains: "Nomi immediately smiled and threw her arms around us. It was with this simple embrace that Nomi Network began."

I first learned about Nomi Network when I purchased a "Buy her bag, not her body" tote. Trafficking survivors design and manufacture these bags with locally sourced materials such as recycled rice sacks. The business plan is self-sustaining. All proceeds from product sales are invested in improving benefits, career development programs, and market access for the products. The women receive medical care which is largely unavailable yet so critical in areas with high rates of HIV/AIDS. Nomi Network wisely partners with local organizations that are already housing or working with the survivors. It sponsors a train-the-trainer program that leads to employment and a chance to help lift other women out of poverty in Bihar India and in Phnom Penh, Cambodia. 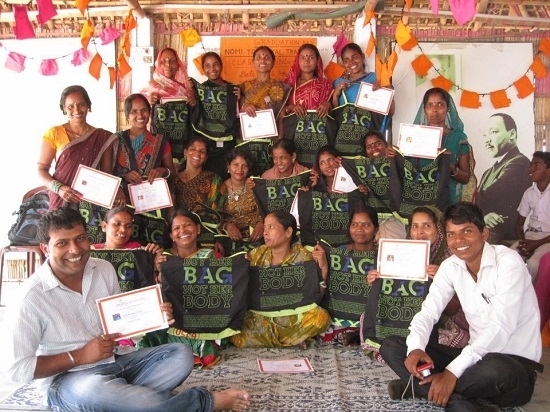 When mothers succeed, their success ripples throughout their community. Nomi Network teaches women sewing and business skills that offer a way to make a living other than prostitution. Many gain the courage to stand up to abusive husbands who want to sell their daughters in the red-light district rather than send them to school. Self-sufficiency breaks the cycle of child prostitution for survivors like Nepalese Fera whose father sold her to an Indian brothel where she was forced to marry the owner's son at age 9. Now 30 and a mother herself, Fera is employed, confident, and determined to keep her daughters out of "the trade." Upon graduation from Nomi's vocational training program, women can celebrate the economic stability that distances both them and their children from a trafficker's grip. 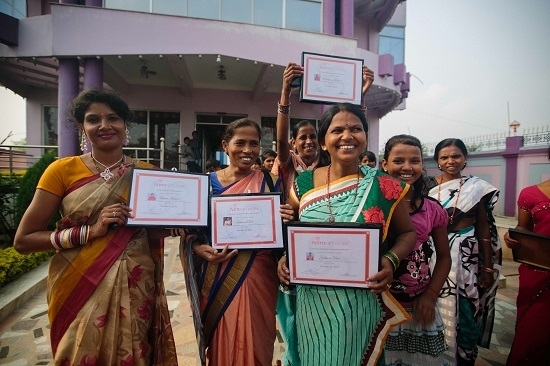 In India, the average age of a girl entering the sex trade is eleven. Like Nomi Network's founder Diana Mao, Shannon Keith found her calling when she looked directly into the eyes of young girls destined to be enslaved in prostitution simply because of their birthplace. In 2005 Shannon visited Tenali, India to dedicate a water well that had been built there to honor her in-laws 40th anniversary. With an interpreter by her side, Shannon was asked to speak to the women, deemed unworthy by their caste and their gender, who had gathered in the village clearing. As pimps lurked nearby, she read a story from the Bible about a woman who had been ostracized by her community and had no friends, having been abused by countless men. "This was a woman they could relate to" recalls Shannon. So began her inspiration for the International Princess Project:

If these young women ever hope to escape this abusive life, how will they provide for themselves and their children? That's when it hit me. If they could sew woman's pajamas, I could import them into the US and start by selling them to my friends and family. I had a sales background so I knew it had the potential to be a product they could feel proud of and who wouldn't want 'punjammies' made from the beautiful Indian textiles I saw all around me in the women's saris? 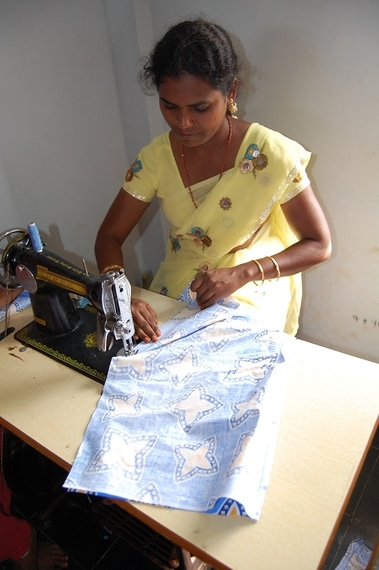 Shannon's vision began with sponsoring six women in a tiny sewing room. Today, International Princess Project employs 180 women in four sewing centers and provides freedom from slavery for the 300 children in their families. As Shannon explains:

The #1 impact is sustainable job creation, coupled with the woman being in a healthy environment where her needs can be met for healing from the intense sexual trauma she has endured. It's a long journey and not a quick fix once she is freed from the brothels, but we, along with our partners, are committed to helping her take her first step with a holistic approach that includes housing, counseling, medical care, education, and community support.

Both Shannon and Diana were inspired by their faith to found hands-on non-profits that work closely with the local community. I immediately drew parallels between their work and that of Elizabeth Gurney Fry, an early pioneer in social activism by women. While researching my last book, I discovered that Fry, a 19th-century Quaker minister and abolitionist, defied social mores by working directly with London's outcasts. She, too, taught women to sew and educated their children, women who otherwise would have supported their families by selling their bodies. With her volunteers, Fry assisted nearly half of the 25,000 convict maids who were sent to Australia as chattel. Today approximately 32 million people live in slavery which has become a $99 billion industry. The solution remains the same as it was two hundred years ago in Fry's time. It's about economics. It's about opportunity. It's about recognizing the dignity in every human being.

A mother named Padima shared the profound impact of what it means to feel self-worth: "International Princess Project has changed my circumstances by providing a place of hope where I have learned freedom is possible for myself and also for my daughter, Raaka. She now has the opportunity to study nursing through Harvest India and to break the chains that have bound our family for years. Her whole future has become full of possibilities." With those possibilities, the potential to eradicate slavery moves closer every day Padima goes to work and Raaka goes to school.