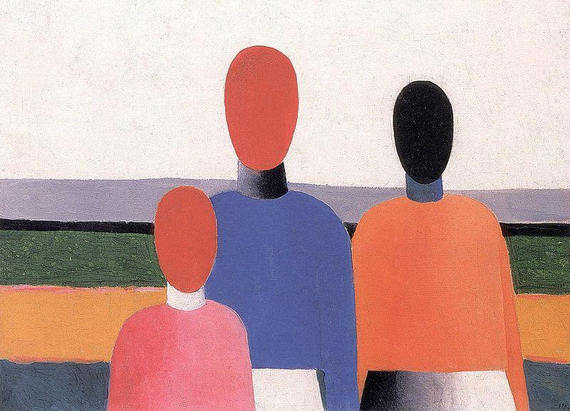 Good marketing follows universal truths. To succeed in an increasingly skeptical and fragmented marketplace, therefore, it behooves marketers to apply these "truths" to marketing their products. One of the most important is giving customers choices, but not too many choices. How many is the right number? If there are no special circumstances, usually the right answer is three.

Third planet from the sun

Most of us learned in science class that the Earth is the third planet from the sun. Similar to the story of Goldilocks and the Three Bears, scientists have told us that life as we know it evolved on earth because it is not too hot and not too cold. The climate is just right, or what scientists call the habitable zone of our solar system. While it may be difficult to prove that the power of three comes from this, there is no doubt that three derives its importance from the evolution of the human brain.

Our brains evolved in a way to protect us from harm. As part of our protection system, we like to have choices. We know that if we don't have a choice in a dangerous situation, we may not find a way out of it. On the other hand, our brains also know that if we have too many choices, we may get confused and might make the wrong choice, which could cause us serious harm. This means that the brain likes to have choices, but not too many choices. That brings us back to Goldilocks. Three choices enable us to avoid the ones that are too hot and too cold, too big and too small, and select the one that is just right. To tap into this protection mechanism in the human brain, marketers should recognize this power of three that is built into almost everything.

The English language recognizes the power of three in the ordering of things. The brain is best able to recognize who is first. Just about everyone remembers the first man on the moon - Neil Armstrong. Being first to a brand position is a big advantage in marketing. In fact, many call this the first-mover advantage. Some remember the second man on the moon - Buzz Aldrin. Fewer if any remember the third astronaut to walk on the moon - Charles (Pete) Conrad. Nobody, other than perhaps close relatives, remember the fourth man on the moon - Alan Bean. The English language assigns greater importance to the first three by giving them unique endings - 1st, 2nd, and 3rd. For numbers that follow, they all have the same ending - 4th, 5th, 6th, 7th, etc.

The Olympics and other sporting events provide further proof of the power of three. The winner of an event wins the Gold medal. The athlete that comes in second gets the Silver, and the one that is third receives the Bronze. There is no medal for fourth, fifth, or beyond. In so many contests, people stop counting after third place. The human brain either does not care or does not remember who is beyond third.

When forecasting sales or other measures of a business, we often look at three levels - optimistic, average, and pessimistic. In probability theory, we look at high, medium and low probability cases. When categorizing sales leads, we break them into three levels - Hot, Warm, and Cool; A, B, and C; or High, Medium, and Low.

Economists will tell you that consumers prefer oligopolies. Buyers want choices, but not too many choices. Good marketers know that too many choices cause buyer brains to be stressed. That is why as markets mature, they often consolidate to three major companies. In the US auto market, there were a lot of manufacturers in the early days. Now there are only three - General Motors, Ford, and Chrysler, with the 3rd one close to being taken over by Fiat. In mobile phones, there is Verizon, ATT, and two smaller providers that are vying to be third - T-Mobile and Sprint. T-Mobile tried to merge with ATT, but the Government did not allow it after protests from Sprint and others. There is Coke and Pepsi, and the third choice has a much smaller share of the cola market. There are three others that most people think of if they bother to think - Hansen's for the natural upscale cola market, RC Cola a mid-level favorite, or Shasta Cola for those shopping for a low price. Even with all the brand power of Virgin, Richard Branson was unable to make a dent in the cola market.

Those well versed in geometry know that a triangle with three sides is the most stable shape. This is why bridges and buildings that must carry a lot of weight have structural elements based on triangles. In the scouts and the army, they teach you to triangulate your position so you don't get lost. You pick three points approximately 120 degrees apart to fix your position.

Rule of thirds in art and music

Photographers, artists, and designers learn the rule of thirds. An experienced photographer tries to place the horizon line of their photograph one-third from the top or bottom and not in the middle (where amateurs often place it). Painters often put the main objects of their paintings at one of the four intersection points, or hot spots, that are placed one third from the right & left and top & bottom of the canvas. When composing an ad, a good designer will visually use the rule of thirds in their composition. If we consider color, it is no surprise that there are three primary colors - red, yellow, and blue. And, in music, the third note of every scale provides the most basic harmony that human ears find pleasing.

Power of Three in the marketplace

Still not convinced of the power of three? Let's look at some examples in the marketplace. Here are just a few.

How you can apply the power of three to market your business?

If you understand the power of three you can use it effectively in your marketing. You can offer three brand levels at three different price points (Banana Republic, Gap, and Old Navy - all owned by the Gap Inc. or Cadillac, Buick and Chevrolet offered from General Motors). You can offer products in three varieties (vanilla, chocolate, and strawberry). You can organize your prospects into three groups (hot, warm, and cool) and follow up to close sales accordingly. In your marketing communications, you can focus on three unique benefits of your products that anyone can pass on to others - creating a positive viral pyramid that will bring you more sales and profits. Finally, if you ever consult with competent PR experts, they will advise you to focus on three key points when you talk with the media. Beyond that, you will lose their attention and interest. If you understand the power of three and incorporate it in your marketing, you will increase your success rate significantly. Best of luck.