Imagine a child whose father is no longer in the home. His mother's debilitating illness forces him and his siblings into foster care. Imagine that same child, coming from abject poverty; exposed to violence and the juvenile justice system early, he enters a world socially and culturally foreign to him. He becomes the target of daily aggressions and micro aggressions and deals with the oppressiveness of low expectations. He is denied the one, best opportunity for success available to him - a good education.

February 21, 2015 will mark the 50th anniversary of the assassination of the fiery orator and icon of the Black Power Movement. His early life mirrors that of many young people now. Although the parental absenteeism he suffered did not come as a result of the high rate of incarceration among Black and Latino fathers or the social and economic alienation often experienced by women of color, there are profound similarities that make his life a cautionary tale about the dangers of corporate education reform and high stakes testing. Malcolm's entire life was a repudiation of the underlying tenets of corporate education reform and the testocracy that threatens a whole generation of American youth.

Violence and racism punctuated Malcolm's early life. Born in Omaha, Nebraska in 1925, he reported that the Ku Klux Klan murdered his father. Later, his mother, struggling to maintain a household of seven children, was committed to a mental institution. As a result, Malcolm and his siblings entered the foster care system. In the seventh grade, Malcolm earned an expulsion from school for a minor prank that in today's highly punitive school culture would likely have resulted in a similar penalty. As punishment, authorities transported him to a juvenile home in the nearly all-white community of Mason, Michigan to await a transfer to reform school. Malcolm was given a second chance when the family in charge of the detention home allowed him to stay with them and enrolled him at nearly all-white Mason Junior High School. In this well-funded institution with lots of attention from his teachers, Malcolm thrived, not only earning straight A's but also winning election as the president of his class.

This touch of academic success inspired Malcolm to think big. In his autobiography, he recalls his encounter with his English teacher Mr. Ostrowski who had been one of his biggest supporters. "I had gotten some of my best marks under him," Malcolm recalled, "and he had always made me feel that he liked me." Although Ostrowski clearly recognized Malcolm's talent, he nevertheless discouraged him from aspiring to anything beyond the rigid bounds determined by his racial caste.

Thus, when young Malcolm confided his desire to be an attorney, Ostrowski was firm. "Malcolm, one of life's first needs," he soberly advised, "is for us to be realistic. Don't misunderstand me now," he continued. "We all here like you, you know that. But you've got to be realistic about being a nigger. A lawyer -- that's no realistic goal for a nigger."

Given the realities of Jim Crow segregation in the United States at that time, it would have certainly been difficult, but not impossible for Malcolm to pursue a career in the law. With the proper encouragement, Malcolm might have become a plaintiff in one of the NAACP's many cases to desegregate graduate and professional schools rather than an inmate in a Massachusetts prison. His teacher's admonition to be realistic however squelched Malcolm's dreams. From that point forward, Malcolm seemed consigned to the fact that the pursuit of an education would avail him little more than a spot at the bottom rung of society.

It is the kind of racial determinism that many students of color have become accustomed to. Proponents of high stakes testing resurrect such determinism, presumably without the racial overtones, by reducing students, their hopes and dreams for the future, to test scores. Effectively, they close the door to the hope of achievement through hard work and academic engagement.

Yet, Malcolm seemed to bear no direct animosity toward the teacher who in other ways encouraged him. However, the system condemned them both. High stakes testing will ultimately have the same impact. In shrinking students' lives to test scores, the opportunity for them to dream and achieve beyond the arbitrary measures of intelligence offered by standardized tests will be lost. Coupled with punitive disciplinary policies, high stakes tests narrow the pathways to success for poor and minority youth even as they come neatly wrapped in the language of colorblind assessment.

More significantly, testing will continue to feed, not eradicate the real great civil rights issue of our time; the growing school to prison pipeline, which like a malignant cancer, continues to eat away at the fabric of many inner cities by robbing students of their future. It is important to remember that Malcolm's own descent into petty crime began with a denial of real opportunity in school. His later intellectual awakening in prison was really no surprise given his early academic success. His talents may have blossomed much sooner if he not for the dictates of American apartheid.

Malcolm's ambivalence about his English teacher's motives hint at the conundrum facing teachers across the country, saddled with evaluating student potential based on high stakes tests. Stripped of the ability to look beyond the test scores at the whole student, teacher's hands are tied. Rather than encouraging students to reach for the stars, they may be more inclined like Mr. Ostrowski to counsel realism in the face of average to below average test scores: "Let's be honest Bobby, college is probably not a realistic goal for someone with test scores like yours." Most importantly, with teacher evaluations linked to student performance on such tests, the temptation is great to weed out academically challenged students, those struggling with language barriers, those with mild disabilities or others with behavioral issues.

Rather than acknowledging the potential dangers posed by the adoption of high stakes assessments, testing's proponents press forward heralding such evaluations as the best hope for a level playing field. In the same way that segregation laws limited opportunity under Jim Crow, high stakes testing has become one of the primary instruments of exclusion in support of what legal scholar Michelle Alexander has termed the New Jim Crow.

Most education reformers resemble the well-intentioned, if hopelessly misguided white people Malcolm encountered in Mason who "didn't give me any credit for having the same sensitivity, intellect, and understanding that they would have been ready and willing to give a white boy in my position." He concluded: "Even though they appeared to have opened the door, it was still closed. Thus they never really did see me."

It is the inability of the advocates of testing to see the detrimental impact it is having and will continue to have on students that is equally troubling. High stakes testing substitutes scores for the individual, shifting emphasis to subjects that are objective in a way people are not. "I'm sorry to say that the subject I most disliked," Malcolm recalled in his autobiography, "was mathematics.... I have thought about it and I think the reason was that mathematics leaves no room for argument. If you made a mistake that was all there was to it." The same is true of the fuzzy arithmetic of high stakes testing--where there are no second chances. The greatest losses are suffered in human capital. We are saddled with an education system that transforms believers in fairness and equality into staunch critics of a system that reduces the hopes and dreams of future generations to a score. 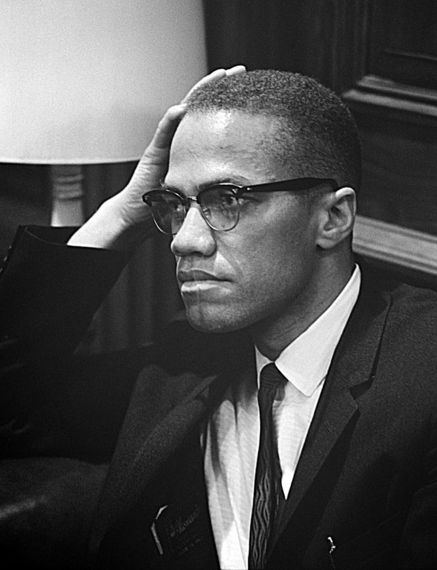 Dr. Yohuru Williams is a Professor of History at Fairfield University and an education activist.