That fish dish at your favorite neighborhood bistro may be hiding a gruesome secret.

"When you buy fish at a grocery store or restaurant, you might also be getting a side order of sea turtle or dolphin to go with it," said Dominique Cano-Stocco, Oceana's campaign director of responsible fishing, referring to the large number of dead sea creatures tossed by fishermen each year.

According to a new Oceana report, United States fisheries discard about 17 percent to 22 percent of everything they catch every year. That amounts to a whopping 2 billion pounds of annual by-catch -- injured and dead fish and other marine animals unintentionally caught by fishermen and then thrown overboard. This includes endangered creatures like whales and sharks, as well as commercially viable fish that may have been too young or too damaged to bring to port.

"By-catch is one of the biggest challenges facing the U.S. today," Cano-Stocco said. "It's one of the largest threats to the proper management of our fisheries and to the health of our oceans and marine ecosystems." Due to underreporting, by-catch numbers are probably an underestimate, she explained.

Released Friday, Oceana's report strives to highlight the need to document by-catch numbers and develop better management strategies to prevent the high level of unnecessary slaughter in our oceans. 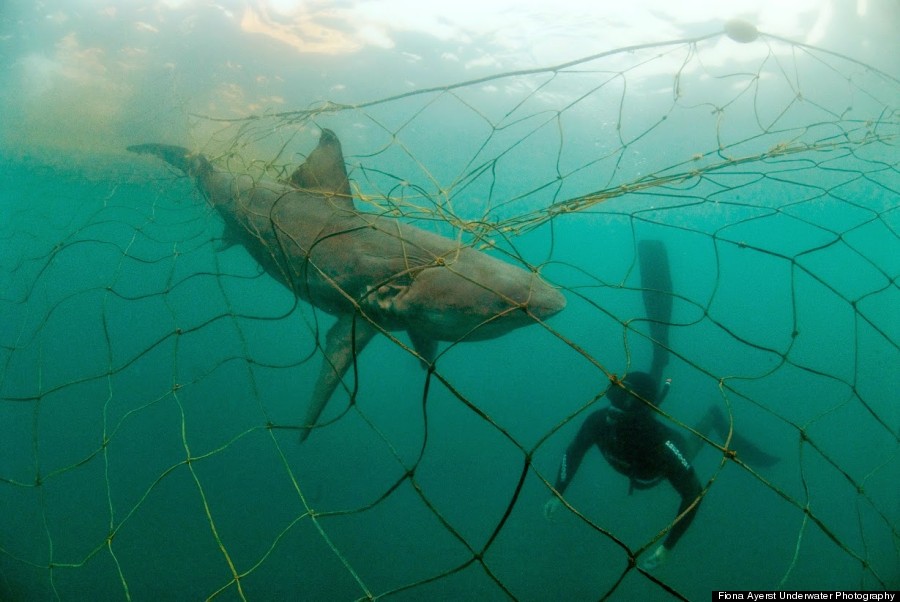 The report identifies nine of the worst by-catch fisheries in the nation. These fisheries -- defined as groups of fishermen that target a certain kind of fish using a particular kind of fishing gear in a specific region -- are reportedly responsible for more than half of all domestic by-catch; however, they're only responsible for about 7 percent of the fish brought to land, the report notes.

Some of these fisheries reportedly discard more fish than they keep; others are said to throw out large amounts of the very fish species they aim to catch. California fishermen who use drift gillnets (walls of netting that drift in the water) to capture swordfish, for example, reportedly throw out about 63 percent of their total catch.

Between 2008 and 2012, about 39,000 common molas, 6,000 sharks, as well as hundreds of seals, sea lions and dolphins, were seriously injured or killed in the California drift gillnet fishery, Oceana notes. 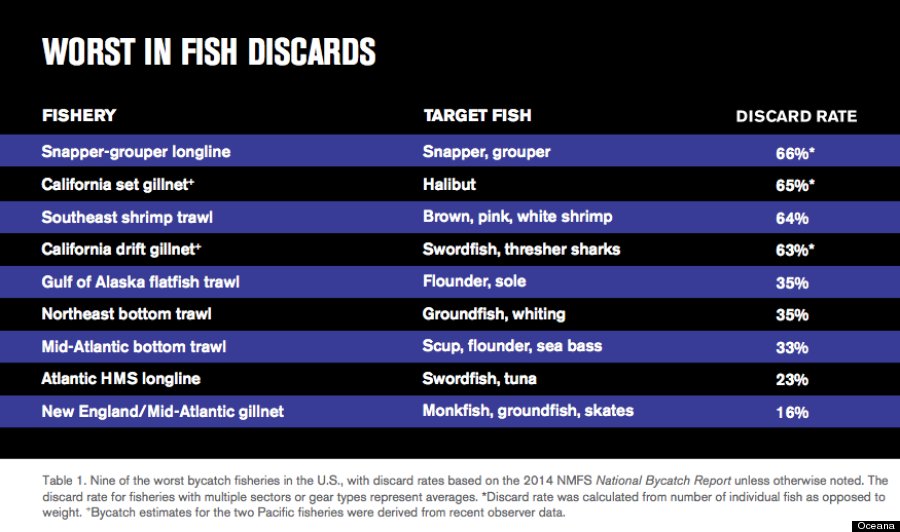 According to the report, trawlers fishing in the South Atlantic and Gulf of Mexico for shrimp also have an appalling by-catch record, discarding about 64 percent of their total catch. Trawling, which involves the dragging of nets along the water’s surface or along the seafloor, is notorious for causing harm to a wide variety of marine life, including endangered sea turtles. In 2012, the National Marine Fisheries Service estimated that up to 50,000 sea turtles could be killed every year in southeast shrimp trawls, per the report.

All of the fisheries in the Ocean's "worst by-catch" list use either trawls, gillnets or longlines (lines with baited hooks) to catch fish. These three fishing gears are some of the world's most unsustainable and destructive, said Cano-Stocco, who added that fisheries that use these gears should either transition away from them entirely or adopt better management practices. Trawl fisheries, for example, could use turtle excluder devices (which are designed to allow sea turtles to escape nets if captured) to prevent sea turtles from getting trapped, she said. 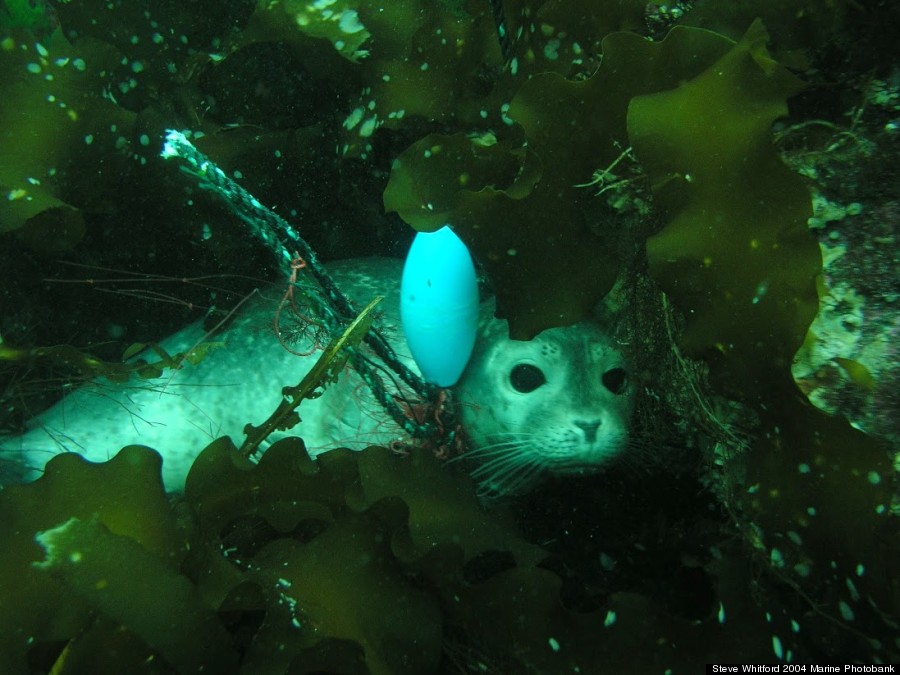 To start a process of change, however, Cano-Stocco says there needs to be more accountability on the part of fisheries. To ensure this happens, she says, more trained observers need to be on the ground, keeping tabs on the work being done.

These observers -- who are assigned by the National Marine Fisheries Service to ride along on fishing trips and document information about catch, fishing location and entanglements -- play an important role in monitoring by-catch. They also help ensure fishermen are adhering to current fishery regulations and are implementing the most sustainable techniques available.

"There's evidence that fishermen don't do [things like using turtle excluder devices] if they're not being watched," Cano-Stocco said.

Only 1 percent to 5 percent of fishing trips are currently getting observer coverage at most U.S. fisheries, per the report.

"Once you get good data, you can make better decisions," Cano-Stocco said. "Whether transitioning gear or changing the management process, better reporting of data is going to lead to a win-win for consumers and fishermen. It's ultimately all about finding balance. We want to promote fishing but we want to ensure that we're doing it sustainably."

For more information on the by-catch problem in the U.S. and Oceana's recommendations, scroll down to see a detailed infographic created by the nonprofit: