As fireworks burst overhead this 4th of July weekend, and we celebrate the 240th Anniversary of our great nation, it is worth considering whether or not our manners and civility are going up in smoke. 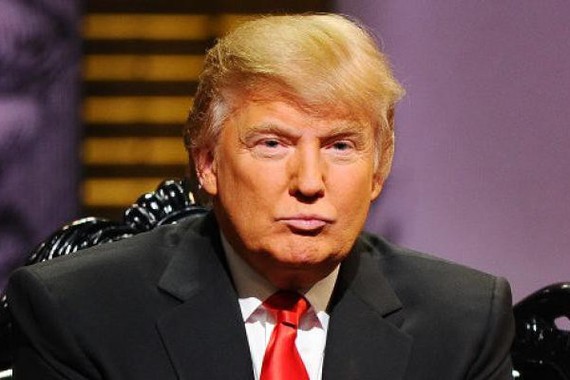 One could be excused for believing the world is upside down at the moment. On the campaign stump, Donald Trump is now invoking the name of George Washington to defend protectionist designs underpinned by crude anti-immigrant slurs.

The irony is almost deafening; George must be twisting in the red clay of Virginia to listen to this strange character, who appears to take considerable pleasure in sneering at women who bleed, ridiculing the disabled, and pillorying others for their faith.

The Donald and our First President share red hair and vast wealth as common denominators, but that is where the similarities end and the real American Revolution began.

The great men, whose writings inspired the revolt, openly promoted the notion that power and moral authority fit hand in glove with good manners. For instance, John Locke, who inspired Thomas Paine's screeds on liberty and sunshine soldiers advised, "...a graceful way and fashion, in everything, is that which gives the ornament and liking." Locke, no screaming rebel, stressed careful etiquette, not boisterousness, as a means of persuading one's fellow man as to his rights and obligations. George Washington not only understood this, but he embraced it as his life's work.

Growing up on a small farm, George's mother, Mary Ball Washington, encouraged him to study the art of proper comportment from an early age. Polite behavior brought acceptance in society, even in a family that was still not on a par with the so-called "First Families of Virginia." Though he lost his father at the age of eleven, George struggled in his teens to treat others with respect, particularly women, whom he put on a pedestal. In practice, this also meant no taunting, or belittling of others. Of the 110 Rules of Civility that he copied down in his school notes, number "22" instructed, "Show not yourself glad at the Misfortune of another though he were your enemy."

In George's world of chivalry and sportsmanship, the concepts of a fine gentleman and noble warrior were inseparable. He practiced what he studied and became the preeminent player on the stage of the Revolution. Though an accomplished actor in life, he was also a splendid director of the man in the mirror. Indeed, weather at an inauguration or at a national ball, Washington sought to convey politesse and courtesy in all its forms. He eschewed the ostentatious and abhorred outright self-promotion.

He never stopped reading up on courtesy either. As the Revolution wound down, he sent away for a two book set entitled, "A View of Society and Manners in France, Switzerland, and Germany: With Anecdotes Relating to Some Eminent Characters." Available at the National Library for the Study of George Washington, author John Moore describes France of the late 18th Century as being imbued with good manners "in different proportions, through every rank, from the greatest of the nobility to the lowest mechanic."

As our First President, George embraced a global understanding of manners and set a gold standard, one that few of his successors have managed to live up to. Yet, he wasn't an elitist in regards to polite behavior. He tried to encourage the evolution and democratization of gracious manners not just in politics, but across the whole of American society, whether he was on a fox hunt with neighbors, or bending elbows in a local tavern with friends.

It is hard for me to imagine how George -- who once described his new nation as "not only the asylum of the oppressed of every nation, but a desirable residence of the virtuous and industrious of every country" -- would address the nativist Donald Trump if he had the chance to meet him. I suspect that he might refer to civility rule "42," which directs, "Let thy ceremonies in Courtesy be proper to the Dignity of his place with whom thou converses for it is absurd to act the same with a Clown and a Prince."

The Writer is the Author of the forthcoming book: Riding with George: Sportsmanship, Chivalry, and the Making of the First President