Scott Smigler got into internet marketing early and built a thriving business. It was only when he prepared for his scaleup that he discovered he had made a critical mistake--and changed course.

Scott Smigler was torn. A past client, a software startup from Boston, had just raised a large round of funding. It wanted to hire his e-commerce marketing agency, EXCLUSIVE Concepts Inc., for some major projects. The revenue from the deal would be four to five times the average for Smigler's firm. His team was excited about the creative possibilities that would come with a big marketing budget.

There was only one problem. Smigler had realized that to scale his Burlington, Mass.-based company successfully, he needed to focus on a different type of client. Working with a business coach, he had decided to serve online retail customers exclusively--which meant the software project was not a good fit. "We turned the business down," says Smigler, the company's president.

Saying no to new business in this way might seem risky. However, focusing on his core mission and ideal target customer has helped Smigler grow his profitable company and a sister operation to a combined run rate of $9.4 million in revenue.

Lack of focus
Getting focused took mental toughness. Smigler first started the business in 1997 at age 16, as a self-taught internet marketing expert. He built a network of software developers and marketing consultants around the world to help him and was able to put himself through college with his earnings.

"I'd be in my dorm room on a conference call with IBM, teaching them how to do search engine optimization," says Smigler. He had built a large following through his network of websites, which attracted millions of visitors each year.

But EXCLUSIVE Concepts was not tightly focused. Its clients--which ranged from the largest online poker site to Fortune 500 companies--came from a wide variety of industries. The firm was also providing a multitude of services, among them online marketing, web design and complex software development. Meanwhile, it was building and selling its own software products.

Probing questions
Although EXCLUSIVE Concepts was growing quickly, Smigler realized after he started working with a coach in 2008 that to scale up successfully, he needed to focus his team's efforts more. It would be hard to deliver a consistent experience to clients without specializing, he concluded.

To help Smigler get clear on his strategy, Gazelles International Certified Coach Ken Estridge, based nearby in Boston, guided him through creating a One-Page Strategic Plan, a free tool my company developed.

"The system asks really deep, tough questions," says Smigler. "Who is the ideal target customer? What is holding you back from growing faster and more profitably? What could you be doing to make your customers more successful? What are the trends happening globally and in your market?"

By answering these questions with Estridge, Smigler focused his strategy. "Creating a one-page business plan led me to understand there was no way to scale my business if we were scattered and pursuing every project that came to our doorstep," says Smigler.

Firing customers
Smigler ultimately decided the company would no longer build websites or provide services to every industry. Instead, it would specialize in helping small and medium-sized online retailers and brands use sophisticated marketing strategies to outcompete larger rivals.

However, that meant turning away 40-50% of the company's revenue stream. At times, it was hard to restrain himself from backsliding.

"Our revenues fell," Smigler recalls. "We went through a hard transition period."

Ultimately, however, his discipline paid off. EXCLUSIVE Concepts Inc. was able to partner with former competitors and go after even larger deals. "By building those partnerships and getting good at providing marketing service to e-commerce stores, we ended up growing faster," Smigler says.

Nine measures
To keep the company on track, Smigler's sales team evaluates every new prospect the firm plans to approach according to nine measures. "If we can't be successful with them, we'll refer them elsewhere or tell them we can't work with them," says Smigler. "We end up saying 'No' a lot."

All of those "Nos" have paid off. Smigler now has 135 employees, including those in a second business he started called Grow by Data. Grow by Data, as its name suggests, helps online retailers use their data to grow faster.

But Smigler realizes that growth requires constant vigilance. "Business is becoming commoditized," says the entrepreneur. "If you don't figure out how to create something that is novel and that leverages some true competencies, then you are going to be competing based on how low you can make the cost. That's not a way to sustain a business."

Fortunately, he is developing the deep expertise on his team that will make his companies stand out as they scale. 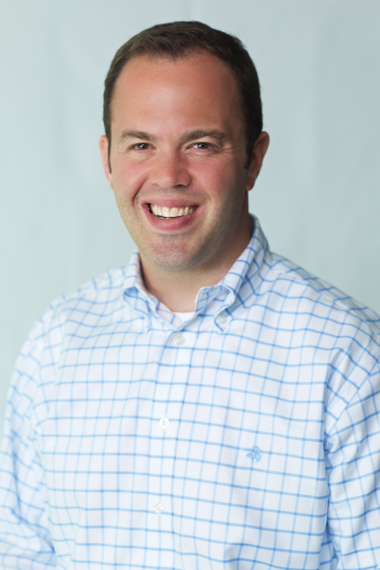