If you stare at this photo for long enough, you'll start to see 3D palm trees swaying in the wind. Just relax your eyes and -- LOL, only kidding!

What you're actually looking at is a massive swarm of electric blue Velella velellas, more adorably known as "by-the-wind sailors," a relative of the jellyfish. 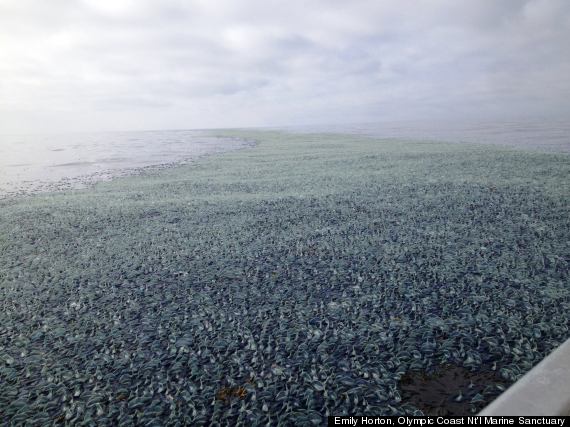 Jelly sailors do just as their nickname suggests: They use the triangular sails that sit atop their "float" and sail wherever the wind blows, typically in these large blooms. Recently, blue blooms have washed up on the shores of Tofino, British Columbia, central California and Oregon.

The orientation of the velella sail can determine where the jellies are found. According to the National Oceanic and Atmospheric Administration's website:

The sail is oriented diagonally to the long axis of the animal to take advantage of winds that will keep them out at sea. Individuals that are found in different parts of the world have different sail orientations. Individuals off California tend to be "right-handed" (have their sail orientated to the right) while those in the western Pacific tend to be "left-handed."

Velella velella blooms have been known to wash up on western American shores during the spring and can turn a morning beach walk into a magnificent spectacle. While they might look intimidating -- most people tend to equate jelly sea animals to painful stings -- velella are generally harmless.

This is how they look up close: 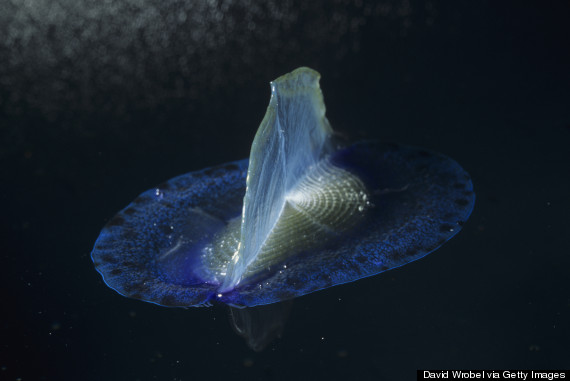 And here's a similar bloom in Canada:

Mother Nature, you so trippy. 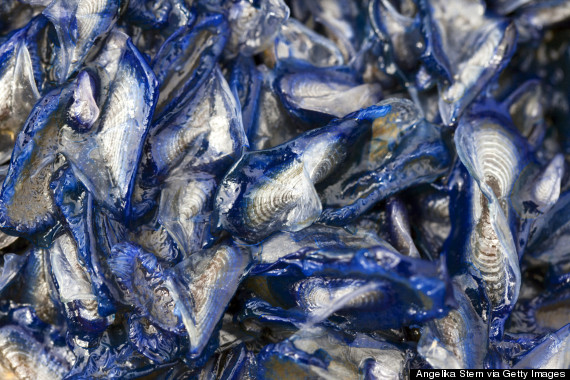 CORRECTION: A previous version of this story had an incorrect spelling of Tofino.

This Is Not An Optical Illusion; It's A Huge Cloud Of Jelly Creatures
The Glowing Magnificence Of Nature 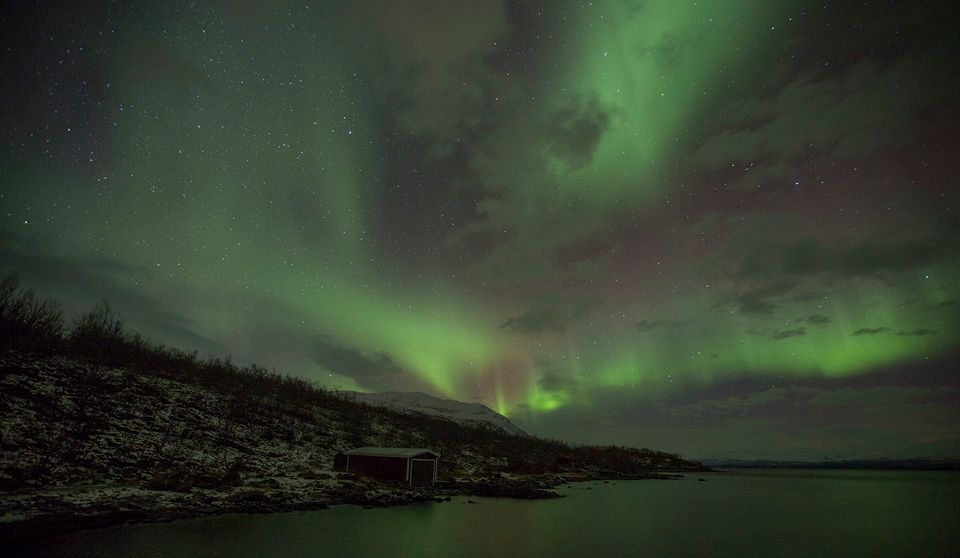