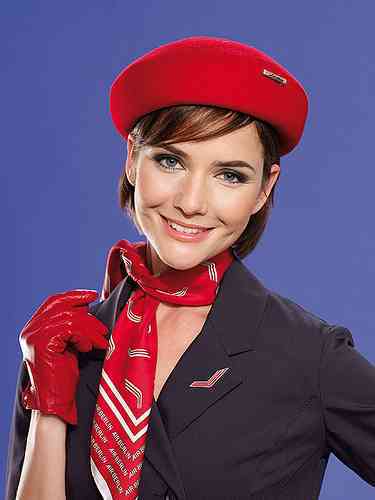 We had some good times. You are Dallas based. So is my family. I am New York based. It only made sense for me to get an AAdvantage card way back in 2006 and accrue miles in order to dart back and forth for free once a year. I didn't even mind the $75 annual fee. Once, I flew to St. Lucia on you.

But then, April and May 2014 happened, and American, I'm sorry to say there's no going back for us.

Ours began as an all-too-common story of betrayal: I logged into my computer and saw something I shouldn't have seen. You had charged me for a flight that I hadn't booked. While I had booked a flight that week, I had used my miles to do so and had the updated, near-zero mileage balance to prove it. Unfazed, as I assumed the mistake would be resolved quickly, I called you. You assured me that the large sum I had not authorized you to remove from my checking account would be refunded to me within 7-10 business days. I hung up and ate a mango.

But then, 15 business days passed with no refund, so I called again to learn it "could take up to two months" for the money to appear in my account. Slightly annoyed since, well, I had not even authorized the charge to begin with, I nonetheless accepted the policy and went on with my life. I had a birthday with $1 oysters. I painted my kitchen green.

And then two months came, and they went, and no refund came, and up my blood pressure went. I called you and was told to email. I emailed and was told to call. I re-re-re-called you to follow up and learned that... whoops, no refund had been issued! Did Deborah or Jane or why-didn't-I-get-her-name lie to me when she said the refund was on its way six weeks earlier? Maybe, or maybe she just didn't want to deal with another disgruntled customer. Either way, the refund would need to be reissued, a misnomer since it was never issued in the first place. But that could not happen right away. Because, you see, the person who needed to (not-re)issue the refund was "out to lunch." She would call me by the end of the day.

On Monday, you put me on hold for an hour and three minutes while you worked to resolve my issue. When you returned, you had canceled my upcoming flight, the one I bought on miles. You said it was necessary in order to issue me the refund.

"But this refund is not for a flight that I booked -- I used miles. This refund is for nothing I actually booked, no flights, nothing," I said in as many synonyms my surging adrenaline procured.

"So..." unsure where to start, I went with, "I don't have enough remaining miles for you to rebook the flight. I used them on the flight you think you're refunding me for."

"We put your miles back in your account. So we'll use them again. I will just need a credit card number to charge you $2.50 in taxes," you said.

This I had heard before, American. But this time, I wasn't falling for your old trick. I asked to speak to your supervisor and explained the situation for the tenth time to a woman named Frances. As we spoke, I trudged through Target, breathing deeply, snatching up items I didn't want in the wrong sizes so that I had a pile of distractions to heave into the dressing room.

Twice in my life I've yelled into a cell phone with such trembling rage that onlookers moved to the other side of the sidewalk/store aisle, fearful of becoming collateral damage in a woman's psychotic break. Once was at an ex-boyfriend at the slow, painful end of a four-year volatile relationship. The second was at American Airlines in the bathing suit section of Target.

I informed Frances that I would no longer be using the airline and would be canceling my American Airlines credit card. I told her I couldn't believe how difficult it had been to recover money that I never spent in the first place. I told her if my card was charged anything more than the $2.50 in taxes (which she managed to convince me was necessary), I was going to... I didn't know what to say, so I threatened "else." Or else!

Frances didn't apologize. She didn't offer any reasons for why anything had happened as it did, or assure me that it wouldn't happen again. Frances, and her supervisor Jocelyn to whom I spoke thereafter, both said, "Okay."

American, for years, people have voiced sharp criticisms of you; you cancel too many flights; you are always delayed; you treat your employees poorly. But I remained loyal. And I would have forgiven you for your suspiciously egregious mistake if you had, at any point, offered me an apology for removing from my checking account what I could have spent on an iPad mini or 20 e-books and then holding onto it for three months. I mean, not to point fingers, but with the 193 million passengers per year that you serve, at an industry average of $355 a ticket, if you refund ten percent of tickets sold (or "accidentally" sold) such that you retain all of those $355 refunds for two months, you are making a reasonable chunk of change on interest annually by being the slowest refunder on the planet... Not bad!

Part of me is curious how many others have been treated likewise, how many stories out there are similar to mine, because if there are a lot, well, maybe we should collectively do something. Fortunately, I know that Love Field airport in Dallas, where Southwest currently flies, is getting two more gates in the fall. And the City of Dallas has awarded Virgin America those gates. And that means we who often fly to Dallas will have more opportunities to fly between it and other American cities without losing our sanity at the atrocious customer service of your company. And I, for one, am glad.