Yo, my hip-hop brothers, some words of wisdom: these are hard times. Don't know if you heard, but we're in a recession. People are losing their homes. Folks' retirement funds are tanking. People are pawning their jewelry for gas money.

It's time to reel in the bling. The days of '90s excess are over and out. All the gold ropes and gold teeth have got to go. You need to trade them in for cash and then hold on to it. Stuff it in those high-tops until the banks are safe again. No more shopping sprees. No more Hummers. No more Cristal. Back to basics, folks. You are not immune. Your record label could go belly-up like Lehman Brothers did, and you may find yourself standing behind Joe the Plumber at the check-cashing joint.

Yes, you've all come a long way from the days of Mr. T-level bling, but you've got many more miles to go. Pull off the gold chains and bring on the humility. Get yourself a Prius. Carpool to the next VH1 Rap Honors show. Recycle those kicks instead of tossing them after the first scuff mark. Yes we can, my hip-hop brothers. Yes we can.

Here are five of the worst offenders. I'm calling these folks out so they can step up and lead the way for the rest of the hip-hop nation. Do the right thing. 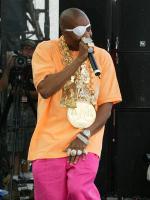 SLICK RICK
Slick never got the memo that not only are the '90s over but so are the '80s. He's the embodiment of hip hop excess (and bad behavior; the dude spent five years in prison for attempted murder). He's become a reformed citizen since his jail time but Slick Rick is still Bling Offender Number One. 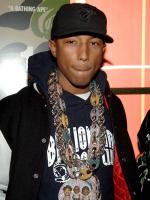 PHARRELL WILLIAMS
My man from the Neptunes likes to brag about his Ferrari Enzo and his Mercedes SLR McLaren. Sure, he's got a trucker cap to give him working-class cred, but he wears chains so big they threaten to knock him over. 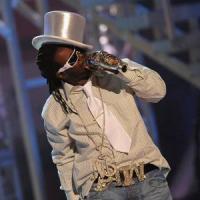 T-PAIN
T-Pain's got a grill full of metal and a big ol' chain that could buy him 10 vocoder machines.

BIG BOI
He's got a closet full of big minks and bug chains that need to go to the consignment store. While he's at it, maybe he can persuade André to join him back in the studio. 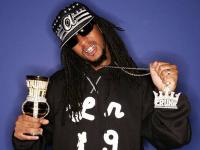 LIL JON
His teeth alone could feed a middle-class family of five for a year. Jon, cash in the mouth metal and get some old-fashioned enamel caps. Do it quick while you still have your insurance plan. You can use the money to buy some clothes for the half-naked ladies in your videos. 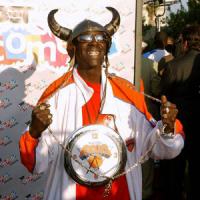 FLAVOR FLAV
The granddaddy of bling. Yeah, the clock probably doesn't cost much, but think of the statement it would make if Flavor started wearing a Casio. Besides, the news is so bad lately, who wants to know what time it is anyway?

Click here for the History of Bling in pictures.