We hope that’s the case for Byron and Emily Schlenker, a father and daughter in Syracuse, New York, who share a unique bond beyond biology.

Byron is in the Guinness World Records for the male with the world’s widest tongue. It’s a whopping 3.37 inches wide.

“One thing that people can compare my tongue to and they readily have is an iPhone 6,” Schlenker, 39, told The Wizard Of Odd, a YouTube channel featuring humans doing extraordinarily weird things.

By comparison, 16-year-old Emily’s licker is only 2.88 inches wide, but that’s wider than a credit card.

As you might expect, people’s mouths drop when the Schlenkers open theirs. But then the questions start.

“People ask you what you can do with a tongue like that,” Byron says in the video above. “I can’t eat ice cream any faster than you can and I don’t know how many licks it takes to get to the center of a Tootsie Pop.”

Emily might be stretching the truth, but she insists her Dad’s tongue has gotten bigger since Guinness World Records declared his tongue tops back in 2014.

“My dad’s tongue has gotten wider over time because he shows us so much,” she says in the video. “Since it’s a muscle, it stretches when you work it out. So since he sticks it out so much, it’s gotten a few millimeters bigger.”

Schlenker always knew his tongue was big, but didn’t realize it was a record breaker until he saw a picture of an Australian man in a copy of Guinness World Records who supposedly had the world’s widest tongue.

He decided to see if his tongue was wider and had Emily measure his licker. Once he got the results, he contacted Guinness and the rest is history.

Byron tries not to take the fame from his record-breaking tongue too seriously, but he admits being flattered by some of the comments he gets.

“You do get a lot of women making comments [on Facebook] ― which is flattering by the way.” he said. “But you’d be surprised at how many men you get comments from too ―  by the way, I’m equally as flattered.”

Emily said sharing the wide tongue record with her Dad has brought them closer.

“We’ve been doing videos and shows and it’s just been really fun to do this together,” she said.

“I tell people she inherited my tongue ― and my good looks,” Byron said.

Like Father, Like Daughter -- At Least Where Tongues Are Concerned
Tongue Wars: Who Has The Longest Tongue? 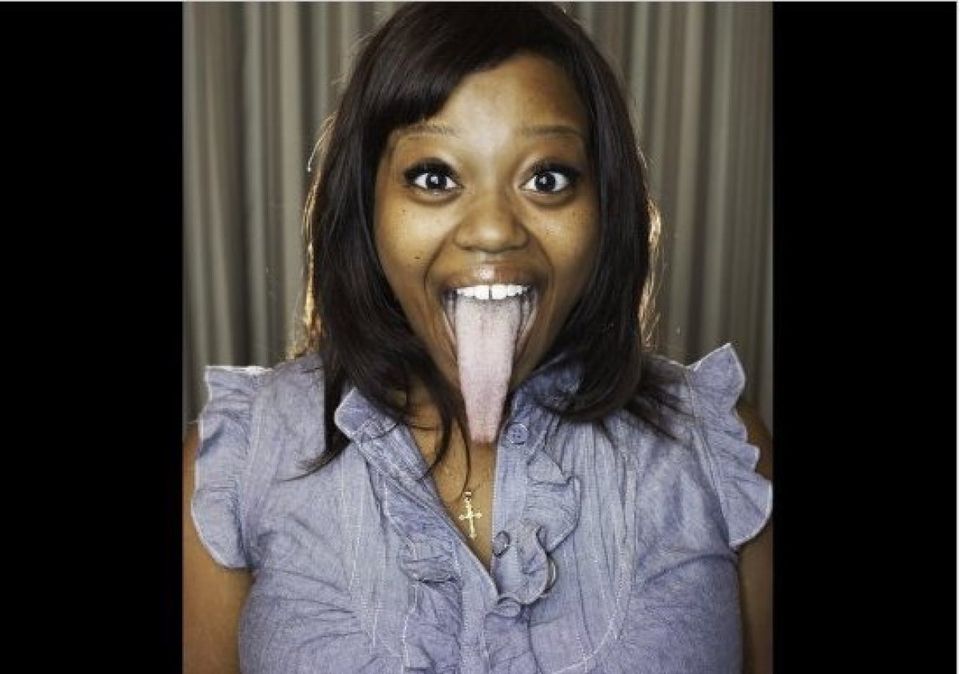