Often, cesarean sections are unquestionably life-saving for mothers and their babies. In other instances, however, they're performed unnecessarily on healthy, low-risk women who are capable of delivering vaginally. The reasons why are varied and contentious — including, but by no means limited to, hospital policies about how birth should unfold and how quickly; the threat of malpractice and cultural norms. In Brazil — where the c-section rate in public hospitals is close to 50 percent, and as high as 82 percent in private hospitals — profiteering doctors schedule as many as eight of the procedures a day, according to a recent Atlantic report.

Though there is no clear "ideal" rate, the United States has set a goal of lowering its rate by 10 percent by 2020, while the World Health Organization has suggested that rates should not exceed 15 percent of births. Here's how the world stacks up. 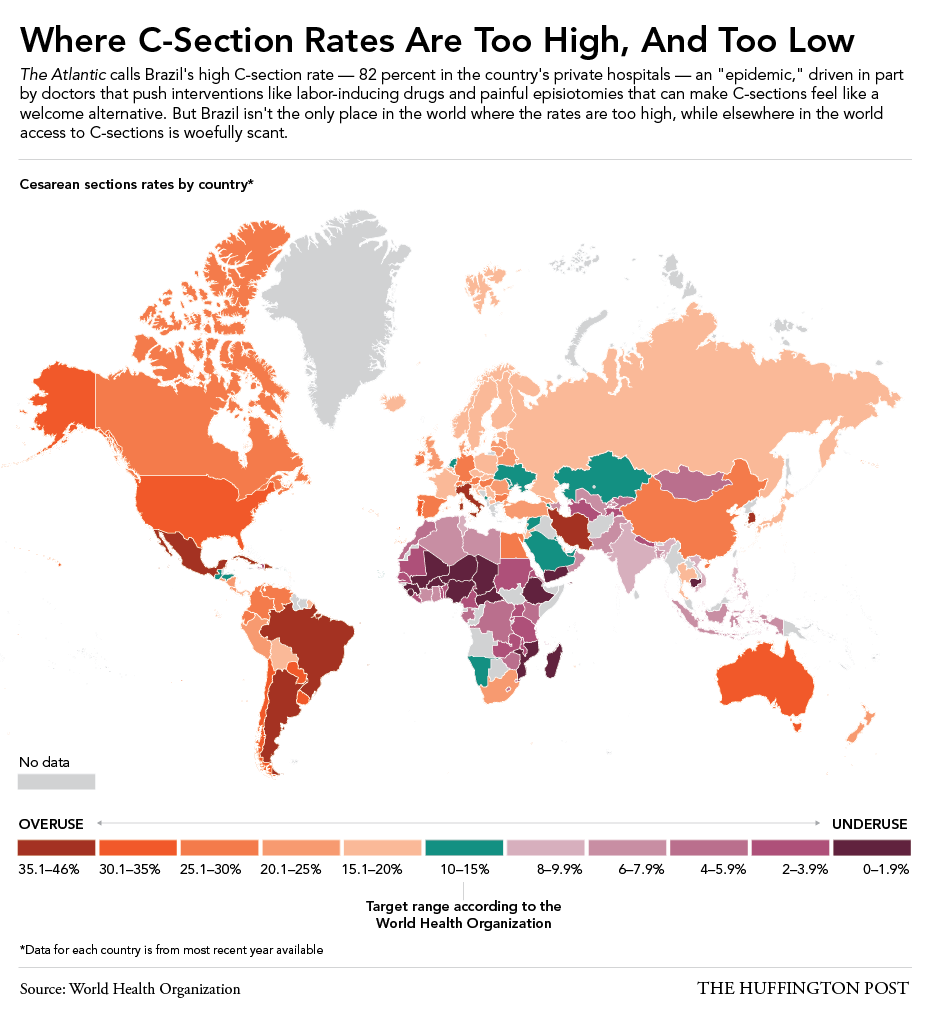