It is often said that success is born from struggle. As Thomas Edison famously put it, "genius is one percent inspiration, ninety-nine percent perspiration."

Roy LaManna knows that struggle well. He may be a well-respected force in the world of music/tech start-ups and on the fast track to success, but getting there wasn't easy.

LaManna was never a fantastic student. "I excelled in things that I was passionate about," he says. "If I liked a class, like physics, I could get an A. But with social studies I was the guy who didn't do my homework." Early on it seemed evident that he was meant for a different path than the university one. He knew that would present challenges. "Unfortunately when growing up, you're usually presented with only one path: you do well in school, get into a great college, find a good paying job, and start your career," says LaManna. "People explain that if that doesn't happen you'll have a very rough life." So LaManna knew he had to find a different way to survive. "Even if," as he shares, "I didn't know where to start." 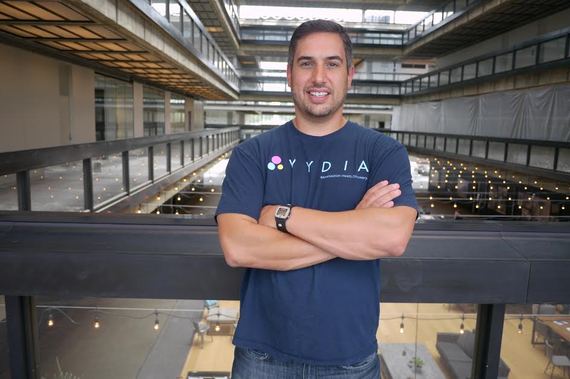 For all the qualities that made him a not-so-great student, LaManna was able to channel those shortcomings and leverage them into being a successful entrepreneur. For example, he struggled with accepting the status quo. "When approaching problems, I always felt like I could find a better way," says LaManna. So without the security of college to put him on a clear career path, he knew he had to find his own way. "The upside was that I had no college debt and very low expenses," he explains. "This allowed me to work for little to nothing and adapt to a work hard, stay hungry mentality that I've exercised throughout my entire career."

LaManna always had a passion for music. During high school he played bass in a rock and roll band. When he was kicked out of the band for his terrible timing, he became the guy promoting the shows and who had really good business sense. "It's actually a running joke that the music industry is essentially made up of failed musicians," he shares. He did anything he could to learn the music business. "I knew that if I could get my foot in the door, I'd be set," he says.

Back in 2008, a friend of LaManna's began working at Decaydance Records owned by Pete Wentz and had a new artist named Tyga. They had $5,000 to shoot and promote a video to be shot in an LA mall. "There was no money to be made, but the label was owned by Pete Wentz of Fall Out Boy, so I felt there was opportunity," explains LaManna. He flew out to LA and found a director to create the video as part of his senior thesis. The director put in $10,000 of his own money to shoot the video. They got the company Wet Seal to pay for the location as product placement. For LaManna, the experience was transforming. "I lost money on the job, but I started to get known as a guy who could get things done and everything grew from there."

After years working for little to no money in the music industry doing video and audio production, he built up enough contacts to break off on his own and start Trendsetter Marketing. The music video marketing company works with top artists,(most recently Ariana Grande, Major Lazer and Andy Grammer), to help promote their videos.

Four years later he launched Vydia. With this forward-thinking music tech company, thousands of artists including Aminé, Post Malone, Austin Mahone, Jimmy Buffett, Fetty Wap, Tom Delonge from Blink 182, Keith Urban and countless more distribute, promote and monetize their videos on some of the biggest networks including MTV, VH1 and YouTube. With Vydia, more than 100,000 artists receive over a billion monthly YouTube views. 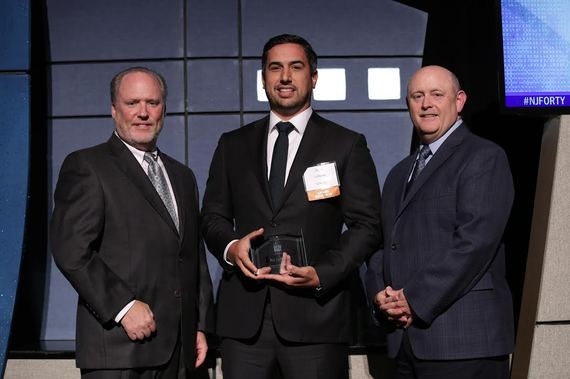 Since its creation in 2012, Vydia has been vigorously growing. "We have always tapped into under appreciated, under valued opportunities where there was literally no competition," says LaManna. "We see value in areas that companies with more money ignored." Initially they focused on becoming a centralized platform which allows artists to monetize and distribute their video content. "From day one, that's who we always wanted to be," he explains. And they are now on their way to eventually launching a mobile application to create a better user experience for people who visit the site on their phones.

Vydia recently raised $1.15 million of venture capital in a seed round."The most exciting part is that we were already a profitable company," says LaManna. "The typical strategy for tech startups is that that they raise a bunch of money but that can be a mistake because then you get too comfortable. When there are a bunch of zeros in the bank you don't wake up hungry."

In fact, LaManna is convinced that staying hungry is what made him thrive from the beginning. "When I started my first company, I was in a survival mode and looking back that was an advantage to me," he shares. "I'm a firm believer, even with this startup, of constantly putting yourself in an environment that keeps you hungry. Needing to succeed, not just wanting to succeed, will be your biggest motivator. That means at no point do you allow yourself to get too comfortable."

Jeryl Brunner: What gave you the courage to create Vydia?

Roy LaManna: The fortunate and unfortunate thing about dropping out of college is that no one will hire you. That leaves you with two options, you either get discouraged and defeated or you go into survival mode and become determined to succeed. 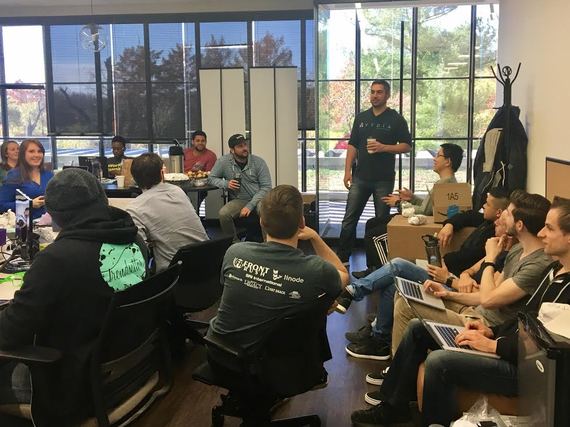 Brunner: Was Vydia all about finding an untapped market?

LaManna: It's important when you're building a company to set yourself up for what's next and have a five to ten year horizon perspective. Too many technology companies look at the current trends and what's innovative now and think that's their best opportunity. It's like playing little league baseball, the ball lands and everyone runs on the field to where the ball is. The field is too crowded to make an effective, stand-out play.

People invest in VR (virtual reality) because it's hot right now. But what is the next thing that is not so hot right now? With platforms like Facebook, Instagram, Snapchat and others focusing on video, we see opportunity to capitalize on the fragmentation of the video landscape. Vydia helps reduce the redundancies when publishing content across all of these locations.

Brunner: What advice would you have for people who want to create a business from scratch but are afraid of failing?

LaManna: Failing and rejection is part of the process. Everything I know is from getting it wrong the first time and learning from that experience. I always believed that smart people make a mistake once, learn from it, and never do it again. It's the people who make the same mistakes or don't admit that they make mistakes, who are the most concerning to me.

LaManna shared his best tips on how to create a business from scratch, especially if you don't have a lot of money. Read them all here at this Forbes.com story. 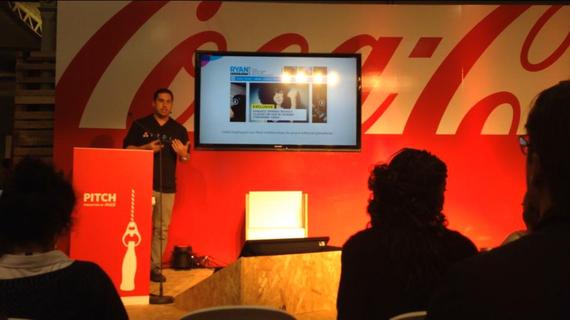 LaManna speaks at the 2014 Web Summit in Ireland