SACRAMENTO, Calif. (AP) — A group of California farmers, in a surprising turnaround, is volunteering to give up a fourth of its available water this year, sharing a resource all but guaranteed to them for more than a century.

A senior water official told The Associated Press on Wednesday that he would decide whether to accept the offer by Friday. The concession by farmers in the Sacramento and San Joaquin River delta could be one of the most important yet forced by California's record four-year drought.

In exchange for taking 25 percent less river water for irrigation or leaving a quarter of their fields unplanted, the farmers want guarantees that the state won't restrict the remaining 75 percent of the water they've had rights to, even if the drought deepens and other users go dry.

The offer was made as these and other "senior water rights holders" face an imminent threat of being included in the mandatory cutbacks that apply to most other California water users. 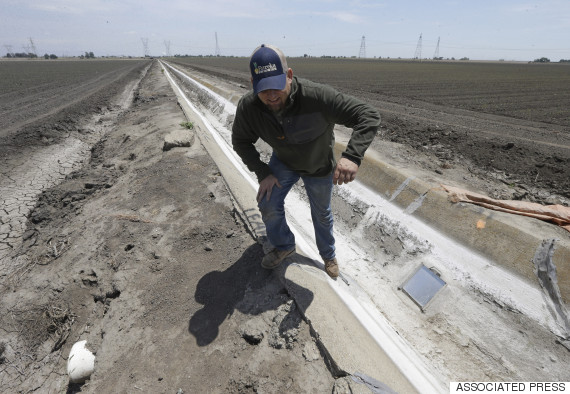 Water Resources Control Board Director Tom Howard told the AP that whatever he decides on the cutback offer from farmers will apply beyond the river delta to the entire basin of the Sacramento River, which supplies most of the surface water in the food-producing Central Valley and provides drinking water to homeowners across California.

"Should we make an offer like that early, to give people clarity and regulatory certainty, or is there not enough water to really make a difference?" Howard asked. "We're just trying to make sure if the offer makes sense."

However, it is unclear whether the offer of voluntary water cuts from those with property along rivers and streams would be enough to protect waterways that are drying up around much of the state, following a winter of below-average rainfall and record-low snows in the Sierra Nevada.

Delta water managers say it could become a model for farmers throughout California who are facing curtailments. It also could have an eventual impact on food prices, since California farmers use 80 percent of the water drawn from the land.

State officials are focusing this round of cuts on holders of senior water rights, some dating to claims made during the Gold Rush era, long before industrialization in the 20th century led to climate change. The rights give nearly 4,000 landowners the strongest claims in California to this precious and increasingly limited resource.

With California's drought showing no signs of easing, the state already has ordered mandatory 25 percent cutbacks in water use by cities and towns, and greatly curtailed water available to other farmers and others whose rights are less than a century old, and therefore less iron-clad.

Gov. Jerry Brown has been criticized for sparing many farmers from the tightening regulations forcing cutbacks in communities throughout the state. This is the second straight year that thousands of "junior water-rights holders," whose claims were staked after 1914, have been ordered to stop pumping river water for irrigation. 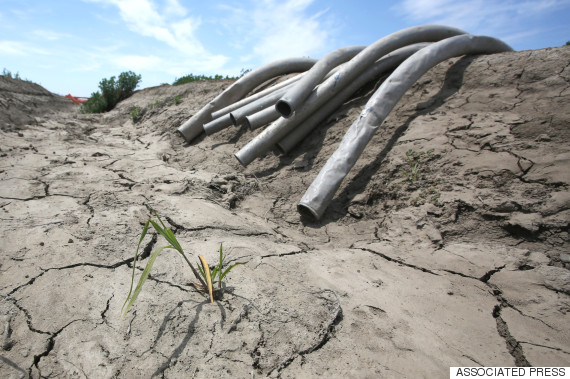 The voluntary reduction farmers propose is reasonable because it matches what the governor has asked of all other Californians, said Jonas Minton, former deputy director of the California Department of Water Resources and now a private adviser on water policy.

"Overall, if agriculture in California reduces its use by 25 percent, the state will weather this bad weather," Minton said. "It's heartening to see that some agricultural water users are willing to do their share."

Legally, Delta farmers with the most senior water rights say the state can't stop them from irrigating their crops with river water, said John Herrick, manager of the South Delta Water Agency. He called their proposal a "safe harbor" for both sides, which he said would likely be adopted by other senior rights holders in the San Joaquin and Sacramento River watersheds.

California's 19th-century water laws still protect the earliest claims on rivers, such as the one that made gardens grow on sand dunes in San Francisco, whose mayor hiked into the Sierra in 1902 to nail a claim to an oak tree along the Tuolumne River.

Minton said the system is long overdue for fundamental changes to accommodate a growing population vying for a shrinking amount of water. The drought also exposes California's need for better monitoring of water usage, but given the information available today, he said the proposal is as good as they come.

Terry Chea and Ellen Knickmeyer in San Francisco contributed to this report. Smith reported from Fresno.

California Farmers Volunteer To Give Up Some Water Rights
California Drought