Earlier this month, a mixed breed dog named Cabela was shot, tied to train tracks and left to die in Tampa Bay, Florida.

A few weeks later, she's recovering at Tampa Bay Veterinary Emergency Service. Although Cabela had lost a lot blood, according to NBC, she "came through surgery with flying colors." She's now incredibly popular at the clinic, which treated 285 dogs and 496 cats in 2014, according to WFTS Tampa Bay.

Cabela's former owners, 18-year-old Darnell Devlin and 21-year-old Kenny Bell, were arrested last week. They got Cabela as a fighting dog, according to Tampa Bay's 10 News. When she wouldn't fight, Devlin and Bell reportedly convinced two 17-year-olds to get rid of her.

"The two individuals that were arrested indicated that she was purchased for dog fighting. And she was kept on that property for that purpose," Assistant Chief Eric Ward said. Devlin and Bell have each been charged with two dog fighting-related counts.

Cabela, The Dog Shot And Tied To Train Tracks, Gets Outpouring Of Support During Recovery
Portraits Of Older Dogs In Toronto 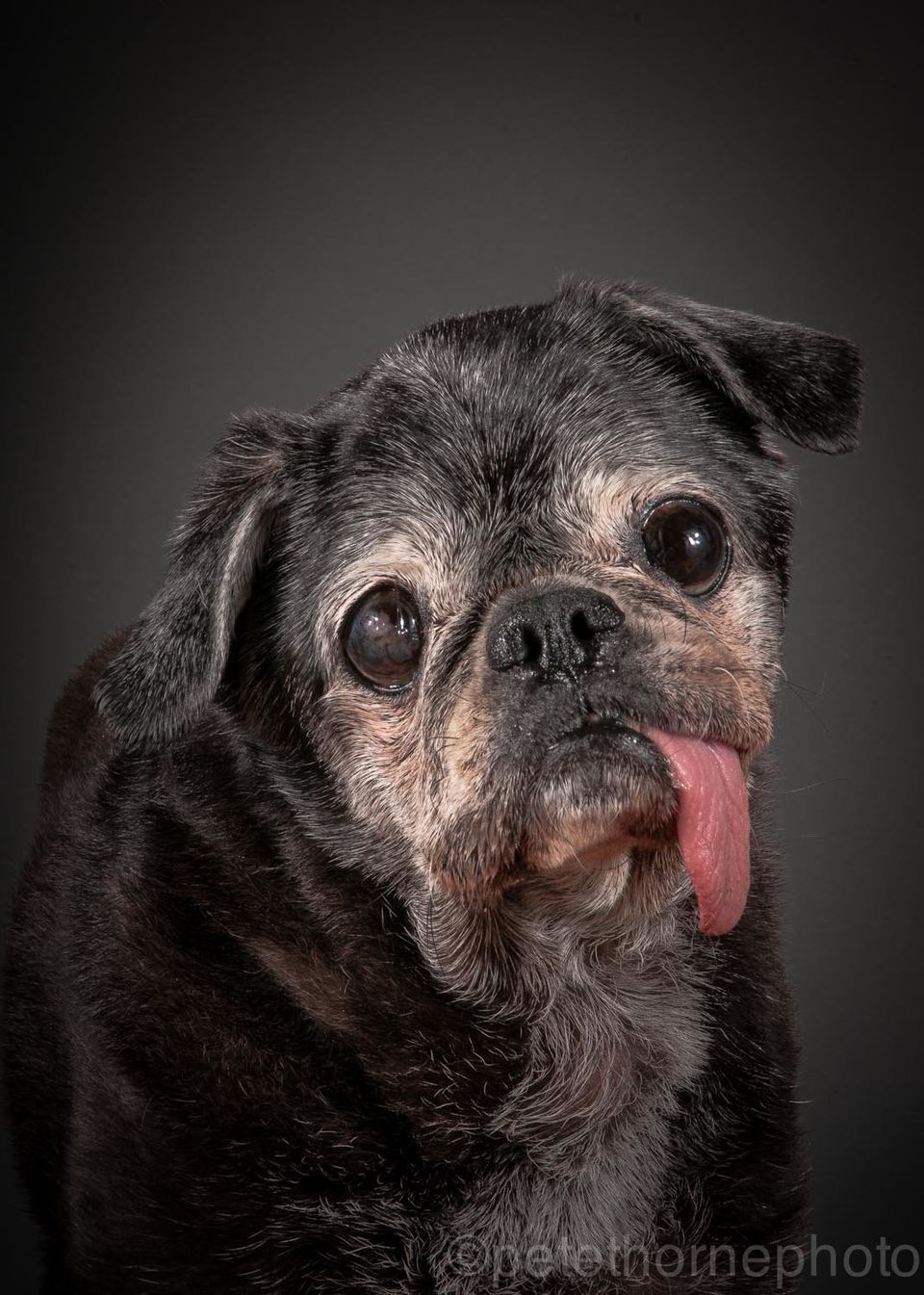