Comcast's $45 billion deal to buy Time Warner Cable is going to give it an enormous share of the nation's market for Internet service, if maps produced by the blog WebpageFX are any guide.

The map, based on an analysis of web traffic, shows the top Internet service provider in each U.S. state.

Check out the map below. 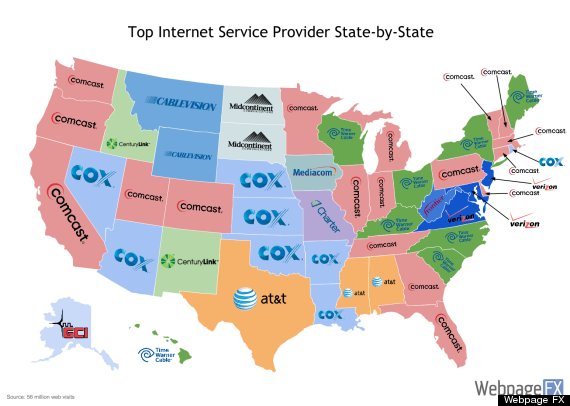 This is one of the big reasons why the pending deal has people so worried. Among the concerns are higher prices and even less helpful customer service, if that could be possible, as both companies are regular contenders -- and sometimes even winners -- of Consumerist's annual "Most Hated Company In America" poll.

Here's how the map would change if the merger were to go through. 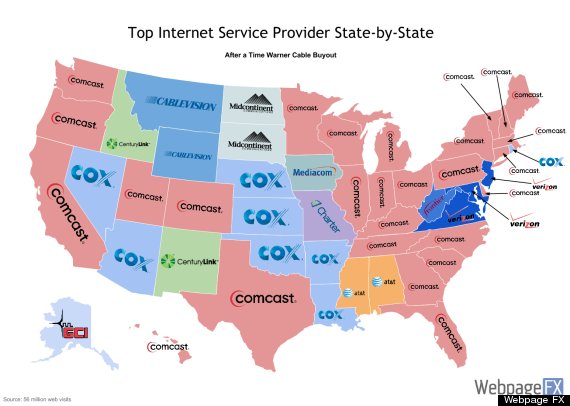 If and when Comcast takes over Time Warner's states, it will be the top ISP in 26 states.

UPDATE: As several readers have pointed out, Comcast has a stake in North and South Dakota, too, in a joint venture with Midcontinent Communications.