Cai Guo-Qiang is known for his carefully calculated explosive performances that amaze and astound. In other words, the Chinese artist creates his work from gunpowder blasts.

This April, Cai will be bringing his pyrotechnic expertise to the Geffen Contemporary at MOCA for his first West Coast exhibition, "Cai Guo-Qiang: Sky Ladder."

The show will feature new works commissioned by MOCA, including videos, three drawings made from gunpowder blasts, and an explosion at the museum that is not to be missed. Cai's immersive explosion performances have garnered him international attention from Qatar to Philadelphia. 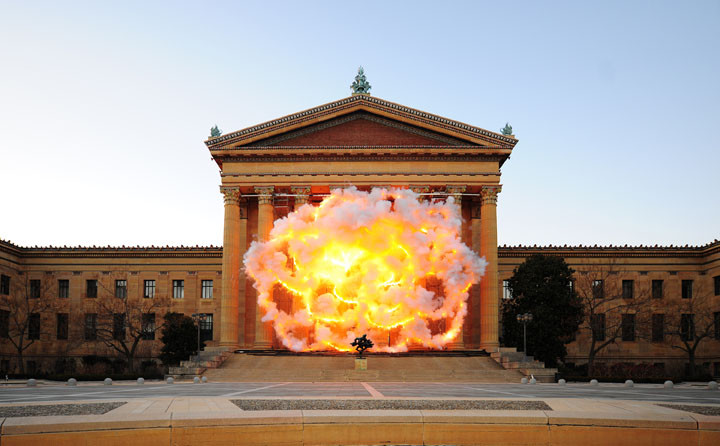 The Chinese artist describes his art as a "time-space tunnel through which the visible world communicates with the energy from the unseen world" on MOCA's blog. For Cai, the process is as much a part of the work as the final product. Attempting to control incredible forces of energy becomes a work in and of itself as the spontaneity of the explosions can almost void the preparation, creating a series of expectations and mixed results. In the 2006 video above, you can see his process from start to finish.

It may sound cliché to say that "Sky Ladder" is not to be missed, but trust us, you've never seen the subject of chaos handled in such a liberating yet thoughtful way. View a slideshow of "Sky Ladder" below and let us know what you think of the artist in the comment section. 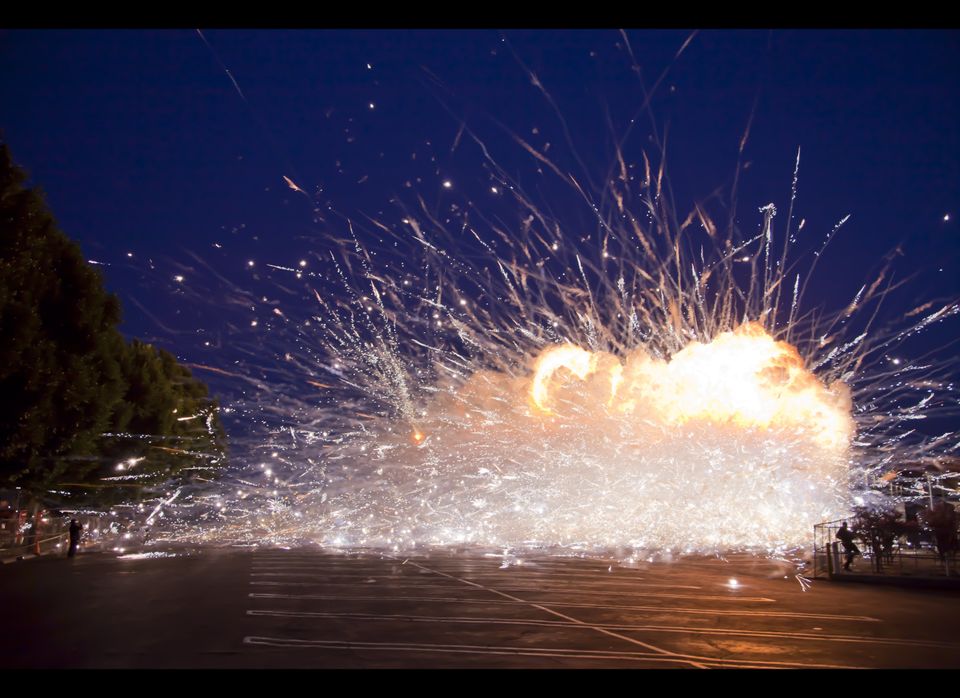 1 / 14
Photo of "Mystery Circle" taken by Zen Sekizawa for The Museum of Contemporary Art on Saturday, Apr. 7.
Zen Sekizawa