CAIRO, July 11 (Reuters) - Islamic State claimed responsibility for a car bomb attack at the Italian consulate in central Cairo on Saturday, in an escalation of violence that suggests militants are opening a new front against foreigners in Egypt.

"Through God's blessing, Islamic State soldiers were able to detonate a parked car bomb carrying 450 kg of explosive material on the headquarters of the Italian consulate in central Cairo," the group said on a website that carries its statements.

"We recommend that Muslims stay clear of these security dens because they are legitimate targets for the mujahideen's strikes."

Until now, Islamic State supporters in Egypt had not set their sights on Western targets, focusing instead on security forces.

The blast heavily damaged the consulate, shook other buildings downtown and could be heard in several surrounding neighborhoods.

Italy's Foreign Minister Paolo Gentiloni said there were no Italian victims in the blast. "Italy will not be intimidated," he added on Twitter.

Egyptian Prime Minister Ibrahim Mehleb said the country was at war and urged the world to unite against terrorism after the attack, a state-run newspaper reported. 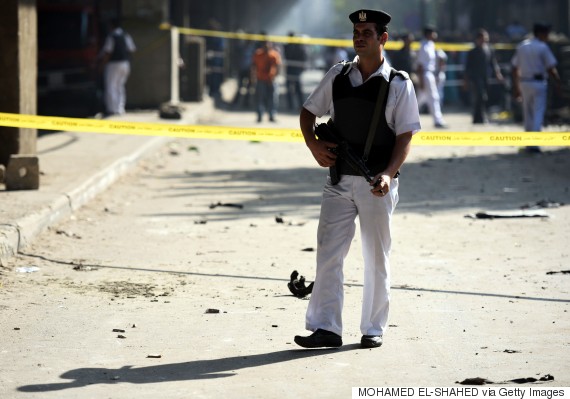 An Egyptian policeman stands guard after a bomb explosion at Italian consulate in Cairo, on July 11, 2015. (MOHAMED EL-SHAHED/AFP/Getty Images)

President Abdel Fattah al-Sisi, the former army chief elected mostly on promises he would deliver stability, has said militancy poses an existential threat to Egypt, other Arab states and the West.

One of the toughest security crackdowns in Egypt's history has weakened the mainstream Muslim Brotherhood group, blamed by security officials for small-scale bombings.

The Brotherhood, removed from power by the army in 2013, says it is a peaceful movement.

Recently renamed Sinai Province, it has been escalating bombing and shooting attacks on soldiers and police since the military deposed President Mohamed Mursi of the Brotherhood in 2013 after mass protests against his rule. Hundreds have died.

The attack at the Italian consulate raises the stakes in the struggle between militants and the government, which has just started rebuilding an economy battered by four years of turmoil since an uprising toppled autocrat Hosni Mubarak in 2011.

It also highlighted Islamic State's reach after it seized large swathes of Iraq and Syria, expanded into Egypt's neighbor Libya and more recently claimed responsibility for high-profile attacks in France, Kuwait and Tunisia. 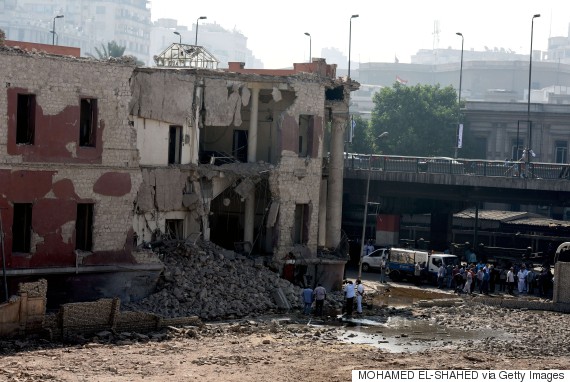 Egypt has witnessed an increase in attacks against tourism targets recently, including a suicide bombing near the ancient Karnak temple in Luxor last month.

Egypt has been relatively stable in a region engulfed by militancy and sectarian conflict since the Arab Spring uprisings toppled dictators who had largely kept militants under check through widespread repression.

Militant violence and political turmoil triggered by the 2011 revolt that ousted Mubarak have hurt Egypt's tourism industry, a traditional pillar of the economy.

Two weeks ago, a car bomb killed the country's top public prosecutor and militants affiliated to Islamic State attacked several military checkpoints in North Sinai, in what was the fiercest fighting in the region in years.

The army said 17 soldiers and more than 100 militants were killed in those clashes.

Egypt is also worried about spillover from militants who have been thriving in the chaos of neighboring Libya, where Sisi has already ordered air strikes on Islamic State targets. (Additional reporting by Ahmed Tolba, Mahmoud Mourad, Ahmed Aboulenein, Mostafa Hashem, Reuters Television, and Crispian Balmer in Rome; Editing by Hugh Lawson) 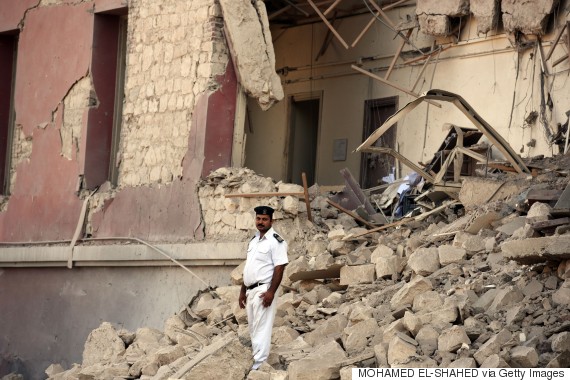 An Egyptian policeman stands in the rubble at the site of a powerful bomb explosion at the Italian consulate in Cairo, on July 11, 2015. (MOHAMED EL-SHAHED/AFP/Getty Images) 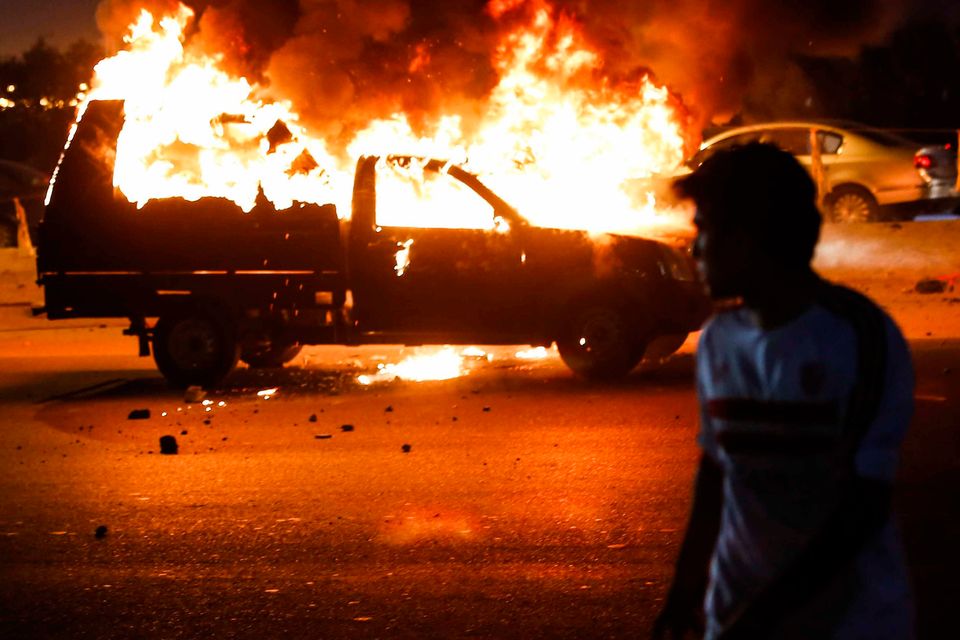