Is it getting hot in here, or is it just some shirtless firefighters cavorting on the beach, alongside a formerly abused pit bull? 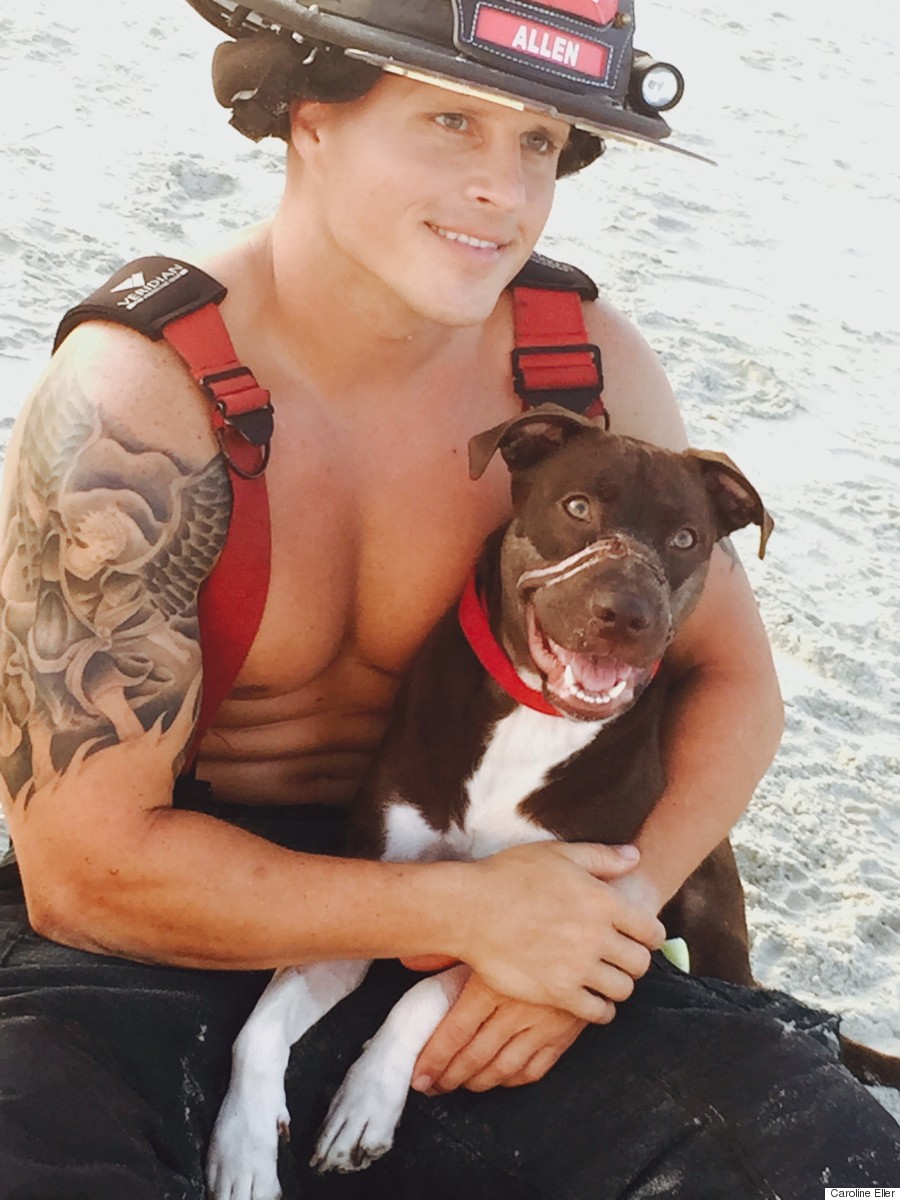 Caitlyn the pit bull was discovered with her muzzle taped shut in late May, in North Charleston, South Carolina.

She was so badly injured at the time that staff from the Charleston Animal Society, which assumed Caitlyn's care, worried she might not make it.

But after a lot of medical treatment, and a whole lot of love, Caitlyn is doing great. (Her alleged abuser was arrested and charged with animal cruelty in early June.)

She's now recovering in a foster home, where she has a new best doggie friend.

And in her spare time, Caitlyn is starring with area firefighters in a really, really ridiculously good-looking calendar -- the proceeds of which will help other abused, abandoned and neglected animals also get medical care. 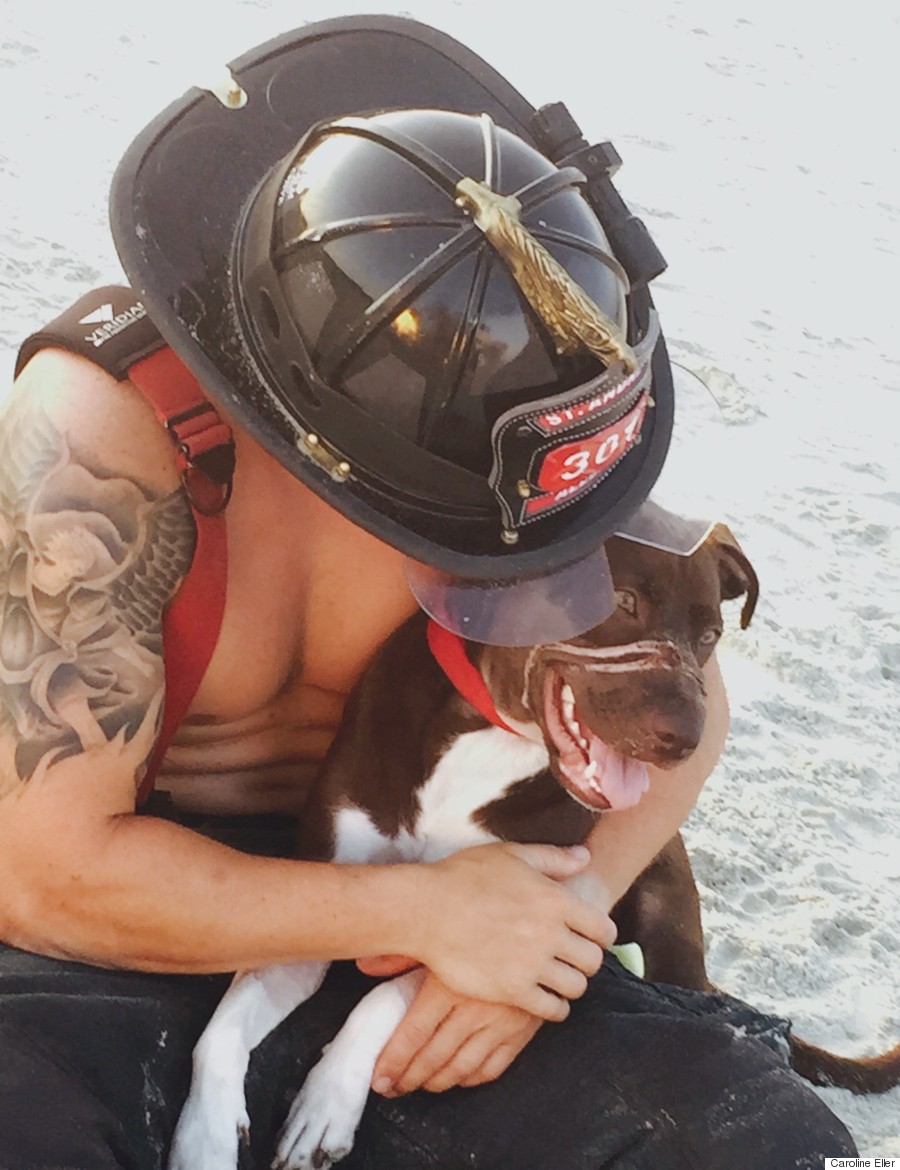 "I do have a fun job, don't I?" says Charleston Animal Society's Caroline Eller, who organized the calendar and took some of its especially memorable behind-the-scenes shots.

Eller says that on top of raising much-needed funds -- medical care costs the Charleston Animal Society some $500,000 per year -- she hopes that this calendar encourages folks to adopt their next pet.

"I'm a firm believer that an animal knows they have been rescued," she says. "I hope these images show the true bond between a rescue and their rescuer." 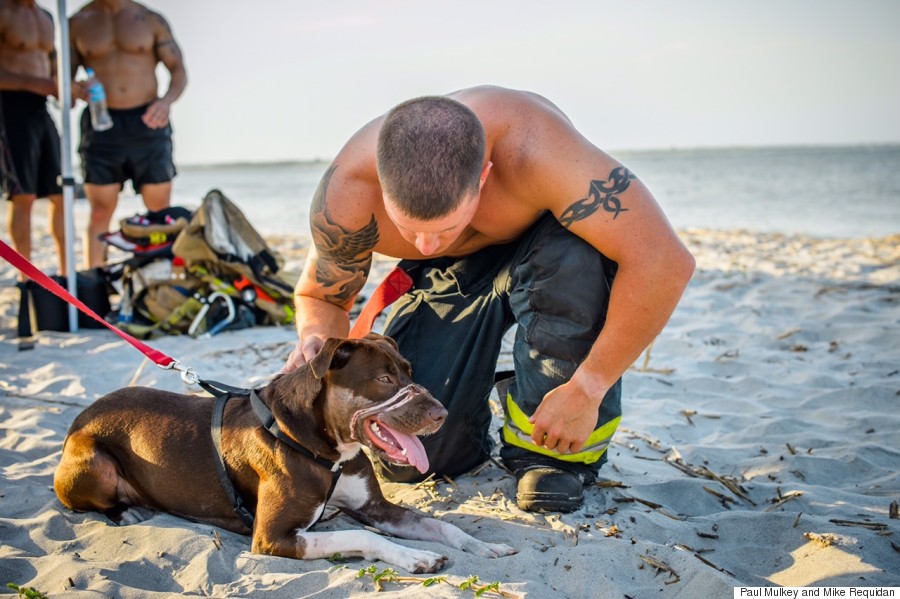 And hey, you don't need to commit arson to get these guys coming to your home.

The Charleston Animal Society has lots and lots of adoptable animals who'd love to be loved by you.

And if you're burning up for the firefighters, pre-order the calendar.

Check out more images of the firefighters below: