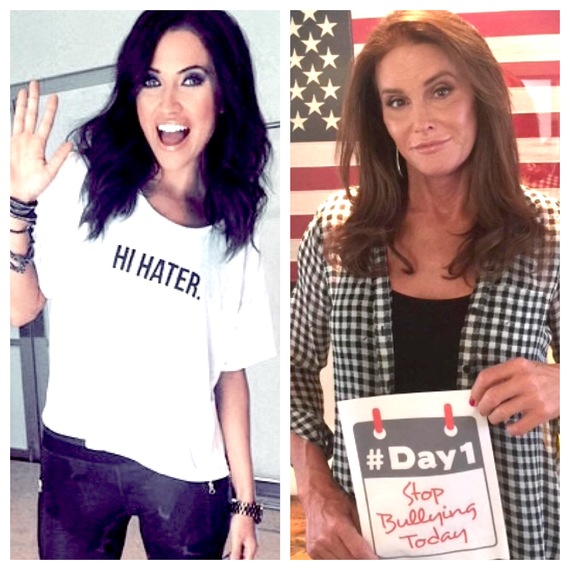 I can't remember a time where I felt so much media presence -- so many unmerited opinions, as I do now. I can't seem to pinpoint a moment in history in which we placed more focus on everyone else's lifestyle choices rather than our own, as we do now. And I just can't help but think we are totally missing it. Missing the big picture... missing the point.

It's that glorified kid on the playground that made fun of you for some attribute you had that wasn't the same as everyone else, it was different. You are different. But now, that same kid is the righteousness that lies between the fingertips and the keyboard of every human being in the world with access to the internet... and no accountability.

Haters gonna hate-hate-hate, literally, because they don't understand, because it's different, because they refuse to have compassion or walk a mile in someone else's shoes. I really can't think of a more black and white existence than that of those who bully and hate, how boring life must be without the joy of color?

Freedom of expression -- we have the ability to be who we want, believe what we will, love who we love and say what we feel. Freedom is such an incredible gift. But it is a luxury, and so many people in the world don't always have it, and some never will. Is this how we are choosing to use our freedom of expression? Is our contribution to the world going to be a generation of denigrating others rather than celebrating them?

Why do we invest so much of our heart stock -- our time, our effort, our lives, placing shame and disapproval upon someone else, people like Caitlyn and Kaitlyn, as if we know them like we know ourselves?

Our lives are genuinely chaotic, every day is full of more noise than music. We all have a story to tell, but Caitlyn Jenner's isn't anyone's story to tell but her own. Neither is Kaitlyn Bristowe's.

The Big Picture
The bigger picture is one of love and acceptance. The point, is progress. Since the beginning of time, the idea of how to create positive change still remains the same. To love one another... that is the progress, it's the contribution that ultimately makes our world a better place.

But lately, I can't help but wonder, maybe that's just not what some people want?