Residents in southern Chile and Argentina have begun digging their homes out from under a cover of ash that settled over the region after Chile's Calbuco volcano erupted Wednesday and again early Thursday morning. The eruptions, the volcano's first since 1972, spewed a plume of ash and smoke more than 12 miles into the sky.

Thursday's eruption produced some stunning nighttime images of Calbuco surrounded by smoke, fire and lighting. The Chilean government established a 12-mile evacuation radius around the volcano and about 5,000 people have left the area so far.

"There was a lot of panic, lots of chaos, traffic jams, people going to supermarkets, everyone looking for water, trying to take out money from the ATMs," one resident told CNN.

Take a look at some of the sobering photos below. 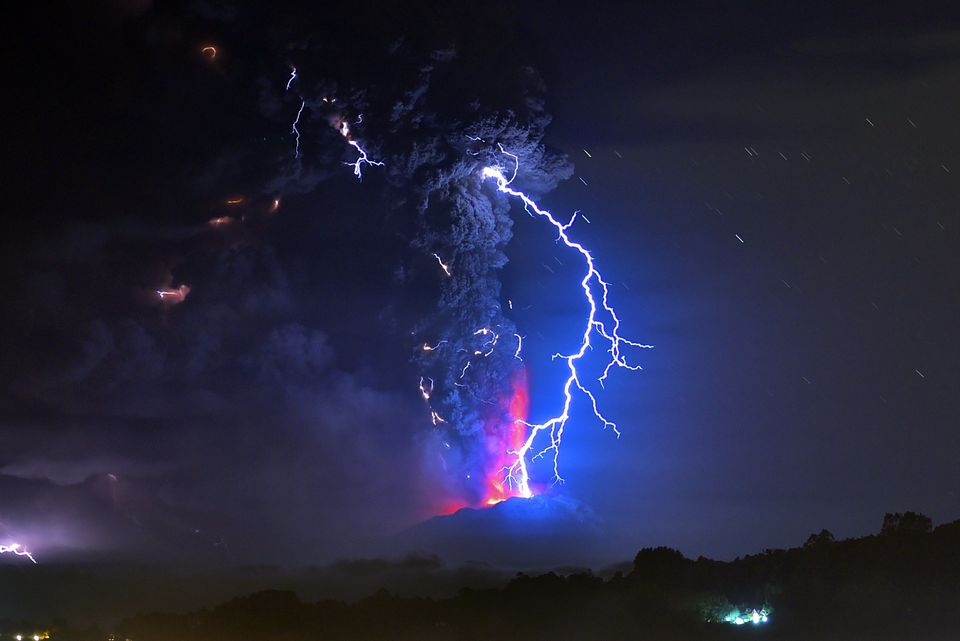 1 / 8
View from Frutillar, southern Chile, showing volcanic lightnings and lava spewed from the Calbuco volcano on April 23, 2015. Chile's Calbuco volcano erupted Wednesday, spewing a giant funnel of ash high into the sky near the southern port city of Puerto Montt and triggering a red alert. Authorities ordered an evacuation for a 20-kilometer (12-mile) radius around the volcano, which is the second in southern Chile to have a substantial eruption since March 3, when the Villarrica volcano emitted a brief but fiery burst of ash and lava.
Martin Bernetti via Getty Images