Experts believe sea levels on the California coastline could rise as much as 30 centimeters over the next 20 years. Doesn’t sound like much, but what could it mean for you?

Airports, stadiums and housing developments in the Bay Area were built just a few feet over the highest tides on landfill, which means San Francisco International Airport could flood within decades.

Some residents already have been forced to leave their homes in the town of Pacifica, south of San Francisco, due to the erosion of sediment from cliffs. Bluffs and cliffs are retreating in Santa Cruz and San Diego counties, too. Housing developments constructed on sand dunes are threatened and already have been damaged.

“Dunes … can be expected to retreat quickly under rising sea levels and larger waves,” concludes a recent report from the National Research Council that contains numerous findings for the West Coast.

“Cliff retreat is not reversible,” adds the report. “Although coastal armoring can buy time, today’s seawalls and revetments will eventually be overwhelmed by sea-level rise and increasing wave heights. Sand dunes and beaches, which consist primarily of unconsolidated sand, provide little resistance to severe wave attack, especially at times of elevated sea level.”

The council finds that sea-level rise and storms already have caused "significant coastal retreat," and its projections for sea levels near California are higher than what the scientists anticipate will occur globally.

Former Gov. Arnold Schwarzenegger in 2008 called on state agencies to prepare for rising sea levels and brace for the coastal impacts. His order included a request that the National Research Council assess the expected rise so state officials could use the results. Oregon, Washington state and federal agencies joined in sponsoring the council study. California used interim figures prior to the new report.

Communities and ecosystems on the coastline are susceptible to waves, a threat accelerated by the combination of storms, high tides and El Niño. Large storms and high tides damaged more than 3,000 homes and businesses and caused $200 million in destruction during the early 1980s, for instance.

“Thirty-three oceanfront homes were completely destroyed, and roads, parks and other infrastructure was heavily damaged,” the report says. “The damage will likely increase as sea level continues to rise and more of the shoreline is inundated.”

It's not just ocean water itself that is to blame. Major earthquakes occurring every few hundred years to 1,000 years can lead to some coastal areas sinking in the short term and causing sea levels to climb, possibly by as much as a meter.

While the report predicts levels could rise as much as 30 centimeters, the low end is 4 centimeters, leavinga wide range of possibility. Scientists attribute that range to the limitations of available models, a lack of complete knowledge about the global climate system and a shortage of necessary data.

“The actual sea-level rise will almost surely fall somewhere within the wide uncertainty bounds, although the exact value cannot be specified with high confidence,” the report says.

Based on what we do know, however, how are these rises explained? A warming climate for one, which leads to the expansion of seawater and melting ice caps. Those two are believed to be major contributors, but another is extracted groundwater that eventually reaches the ocean, though the latter’s role is poorly measured, the report says.

California Coastline: Sea Levels Could Rise As Much As 30 Centimeters Over 20 Years 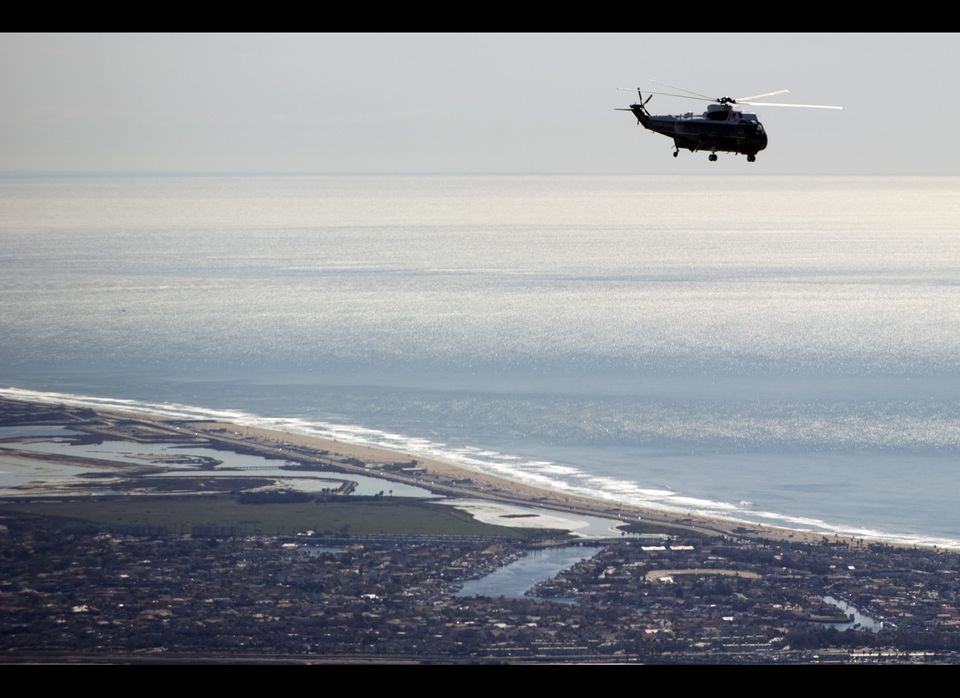