October 25, 2014, Marin Country, CA.-- California energy leaders, environmental scientists, and activists convened here last week in advance of the 25th annual Bioneers Conference at the Marin County Civic Center for an energy and climate strategy session that could have national and global implications.

Many in the assemblage had come to brainstorm about how to leverage California's model energy policies to spur faster Federal action to protect the climate. Predictably, participants sought to boost renewable energy use in California and increase the state's reliance on energy efficiency. Some were determined, however, not just to slash California's greenhouse gas (GHG) emissions, but to eliminate them altogether.

If this game-changing goal is widely adopted by the environmental community and by a vanguard of public officials, it would put California climate policymakers and others under pressure to advance the state's already ambitious clean energy goals. That could help set the state and the nation on a faster track toward the holy grail of climate activists--an energy future free of fossil fuels and nuclear power.

The meeting was jointly sponsored by former California Senator Tom Hayden's Peace and Justice Resource Center and by the Bioneers, an organization designed "to inspire, inform, and engage global citizen action."

The technology to achieve 100% clean energy is here, Hayden asserted, and attendees seemed to accept without debate that this could be readily accomplished. "The problem is social, political, and cultural," Hayden asserted. California, he said, has shown that it is possible to reduce both nuclear power and coal power while enjoying economic success. 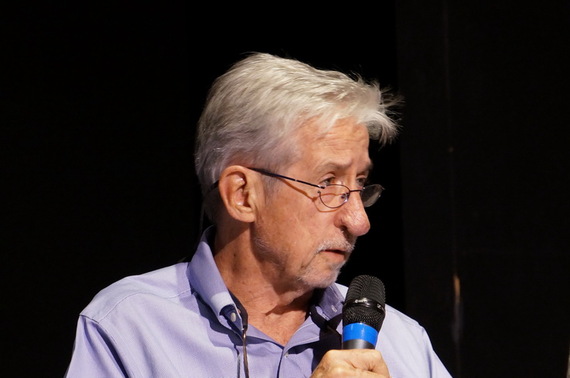 California indeed has been a pioneer in energy efficiency and environmental protection since the first administration of Governor Jerry Brown in the 1970s. Ever since, the state's landmark legislation has inspired federal legislation and standards controlling air and water pollution.

With abundant renewable energy resources, California pioneered the generation of utility-scale solar thermal electric power in the Mohave Desert in the 1980s and, beginning in the early 1980s, was also the site of the nation's first large wind farms. Decades earlier, the nation's geothermal industry was born at The Geysers, near Calistoga.

The state now employs nearly 200,000 people in clean energy industries and plans to spend $120 billion over the next five years on clean energy, according to the Peace and Justice Resource Center. The state's current Go Solar Program has a $3.35 billion budget and aims to get 3,000 MW of solar power installed in the state by the end of 2016, making solar an everyday reality.

California expects to have photovoltaic panels on a million rooftops by 2017, according to Bernadette del Chiaro, Director of the California Solar Energy Association. With the help of innovative incentive programs and rapidly declining solar costs, the state will have another million installed by 2020. "California has installed more solar in the last 18 months than in the previous 18 years," del Chiaro noted.

California also plans to have 1.5 million electric vehicles on the road by 2025 and to build 1,000 charging stations for them. Under state Assembly Bill 32, California is committed to reducing its GHG emissions by at least 80 percent by 2050, and Wade Crowfoot, a deputy cabinet secretary in the Brown administration, says the state "will reach the target."

In addition, all retail electricity suppliers in the state must provide 33% of their power from renewable sources by 2020. (State officials raised the target in 2011 from 17 percent in 2017.) Now, however, state energy activists like former-Senator Hayden are urging that the state double the pace of GHG reductions by 2030.

Many meeting participants were also committed to having environmental and social justice concerns incorporated into the state's campaign for clean energy. California's clean energy economy should be scaled up in ways that create thousands of new well-paying jobs in the clean energy and efficiency sectors, they urged.

This may prove to be the most important resolution to emerge from the meeting. The approach offers a big tent to the vast majority of Americans who are suffering in a stagnant economy and a desultory job market. They would gladly support a clean energy and efficiency campaign if it provided for an economic revival.

Vien Truong, Environmental Equity Director of the Greenlining Institute, urged the audience to make the connection between poverty and air pollution, building "truly collaborative movements and partnerships." By engaging potential allies early in campaigns, she said, we will be working for social and environmental justice, not just for transportation options or narrow energy goals.

Her message was underscored by Katie Hoffman, Campaign Director of the California Student Sustainability Coalition. "We need to build alliances with disadvantaged communities," she said, including the coal miners who are victims of fossil fuel policies.

Dan Jacobson, Director of Environment California urged widening the climate protection movement to include a broader base of labor, environmentalists, and students. Hayden also called for bringing labor unions into a clean energy movement that promises clean jobs.

Calling California the "rock star" of the clean energy movement, Annie Notthoff of the Natural Resources Defense Council captured the spirit of the meeting when she urged participants to work to ensure that the clean energy economy is for everyone, not just for some. 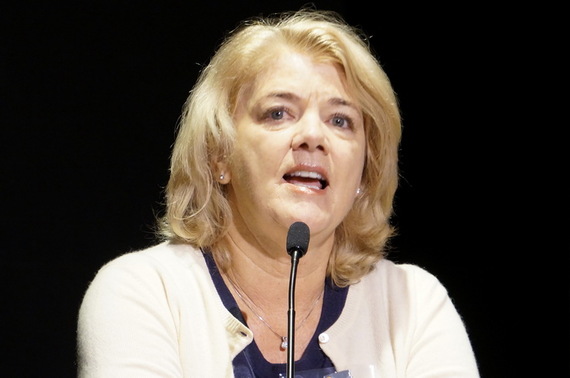 Dissatisfied with climate plans that merely stabilize GHG levels at current unsafe levels, environmentalist and entrepreneur Paul Hawken described the "game changing" climate solutions that he and "several hundred" co-authors are documenting in a forthcoming book called Drawdown. The book describes solutions that can drive atmospheric concentrations of GHGs back to safer levels by 2045.

Contrary to fossil fuel industry and climate science deniers' claims, implementing many of these innovations, like the LED, has no net cost and will on balance save society enormous amounts of money. The potential global monetary returns from climate protection are in the trillions of dollars, Hawken said.
_________________
John J. Berger, PhD. (www.johnjberger.com) is an energy and environmental policy specialist who has produced ten books on climate, energy, and natural resource topics. He is the author of Climate Peril: The Intelligent Reader's Guide to the Climate Crisis, and Climate Myths: The Campaign Against Climate Science.