Two hundred and thirty-seven years ago our Founding Fathers declared Independence and raised up their quills and muskets in order to form a "more perfect Union." Honoring that principal, it is up to all of us to do our part and continue the struggle towards that ideal our Founding Fathers envisioned for us.

They would be proud that the U..S is now a global superpower, but the fact we have millions of children going to bed hungry in our nation would not. According to the USDA (United States Department of Agriculture) 16.7 million children under 18 in the United States live in households where they are unable to consistently get enough nutritious food necessary for a healthy life. Children must have access to healthy nutritious food to flourish and grow. Childhood hunger has devastating long-term consequences not only for the individual child but for all our society. Food insecurity is linked to increased hospitalizations, developmental problems, headaches, stomachaches and childhood obesity; leading to significant future health problems. Hungry kids also don't do well in school on empty stomachs. Not surprisingly, food insecure children are also more likely to have an inability to concentrate, and poor academic performance. For hungry kids the odds are stacked against them and that has long term scholastic and economic consequences. Childhood hunger is a critical issue for our national health, well-being and future. 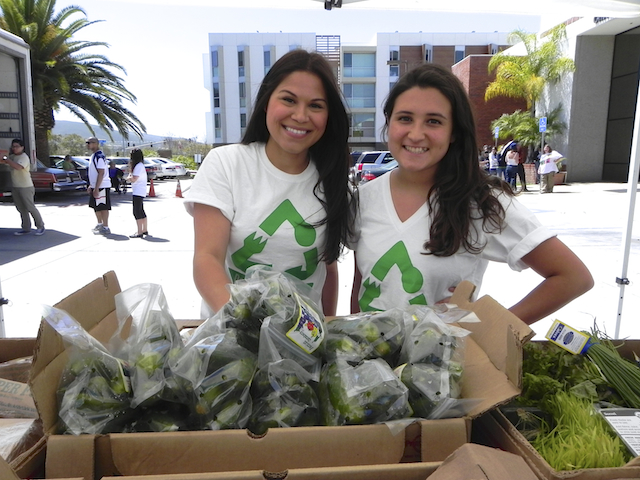 While one in four children experience hunger in the U.S. an awful paradox exists; over 96 billion pounds of edible food end up in landfills. Millions of tons of fruit and vegetables rot in fields and orchards. Many times these edible crops are left behind because they are misshapen, discolored, or the wrong size. Forty percent of all food grown in the U.S. goes from farm to landfill according to the EPA. Major retail grocery chains are more likely to throw away short dated food than donate them to food banks. Although the federal "Good Samaritan Food Donation Act" was signed into law by President Clinton, protecting grocers from liability, many stores are unaware of the legislation. The USDA reports that most food reaching it's "best before date" or "freshest by date" remains edible for up to one week if refrigerated properly. Foods with short shelf lives like fresh fruits and vegetables are most often tossed in grocery store dumpsters because of a few brown spots. America is the land of innovation and this waste just doesn't make sense. When grocers divert short dated good food they can't sell to food banks instead of trashing it; they lower their dumpster fees, get potential tax benefits, reduces landfill waste, and just do the right thing. 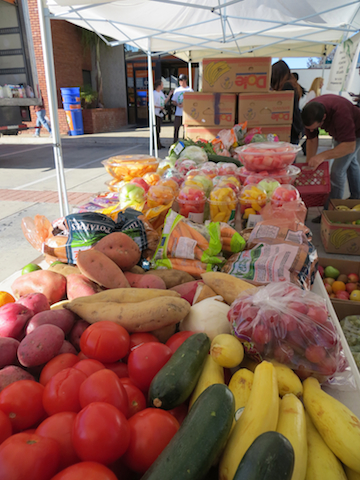 Awareness is the first step to action. Once there is national attention to the "Donate Don't Dump" alternative to the existing paradigm of commercial food waste, millions of pounds of healthy short shelf life foods can feed hungry children instead of clogging landfills. Food banks are desperate for more resources to help meet growing needs. With the economic downturn and government cuts the need grows but resources do not. The "Donate Don't Dump" solution of partnering commercial food companies with food banks has the potential to create the next generation of the "green movement." Food banks struggle to raise enough funds for operations and generally function with a shoe string staff, but with our outside support the idea of "food rescue" could become a national game changer.

Food rotting in landfills is also horrible for the environment. It quickly rots and creates methane gas which is a 21 times more potent greenhouse gas than carbon dioxide. State of California studies have found that more than six million tons of food products are dumped annually, enough to fill the Staples Center in Los Angeles 35 times over. Food is the largest single source of waste in California, making up 15.5 percent of California's waste stream, according to the California Integrated Waste Management Board. While some major grocery chains donate food, others do not and consumers don't have any way to identify them. We can change this. The green movement has proven that when consumers voice their concerns corporations listen. 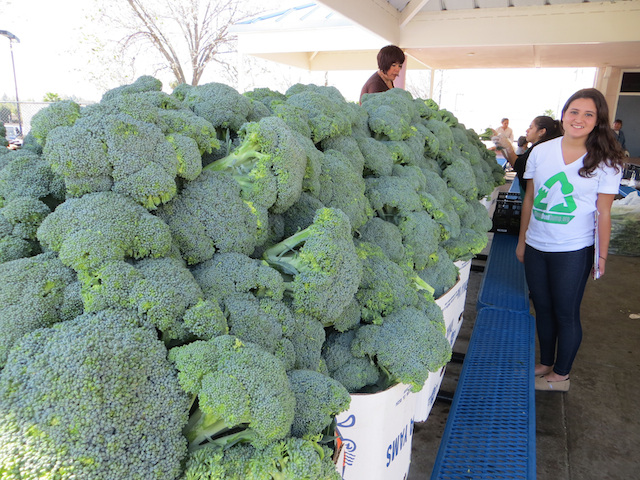 Grocery stores, growers, and food companies will continuously have surplus or short-dated healthy wholesome food they can't sell and that supply could make an enormous difference to hungry children at little cost. According to a recent report, "reducing losses by just 15 percent could feed more than 25 million Americans every year." Donating short dated food to food banks is a potential national dual solution to alleviating hunger and helping the environment in a sustainable manner that helps millions of children. Young people especially can be virtual volunteers through social media to get the message out. Get those thumbs ready; comment, Tweet, share and think Revolution. Childhood hunger in the U.S. is completely unacceptable and we don't even need to take up our muskets to make a difference; we just need to care about making a "more perfect Union."

We the People of the United States, in Order to form a more perfect Union, establish Justice, insure domestic Tranquility, provide for the common defense, promote the general Welfare, and secure the Blessings of Liberty to ourselves and our Posterity, do ordain and establish this Constitution for the United States of America.