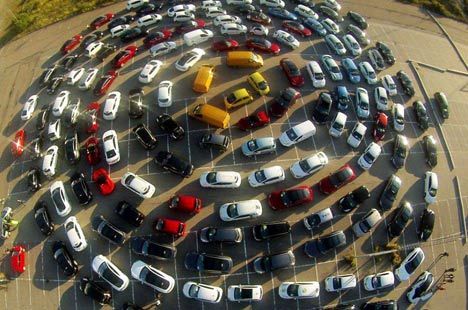 In 152 cities and 39 US states, more than 90,000 people attended events last week associated with the 2014 National Drive Electric Week. Getting people into plug-in electric vehicles (EVs) to experience the fun, quiet, and clean air benefits of EVs first-hand was part of the point. Event organizers from San Diego alone reported 600 test rides, and Littleton, CO reported a respectable 200. All told from our city captains, we estimate that there were more than 5,500 test rides in plug-in cars at our events.

California Governor Jerry Brown celebrated National Drive Electric Week by signing a number of new EV programs into law. One measure sets a goal of 1 million plug-in vehicles on the road in California by the end of 2022, about a tenfold increase in the next eight years. The legislation directs the state Air Resources Board to draft a plan to meet that goal and make sure that disadvantaged communities can participate. The policies will also ensure that it's easier for EV drivers to install charging units in apartment building parking areas. "We face an existential challenge with the changes in our climate," Brown said about the EV programs and other environmental initiatives he announced on Sunday, timed to coincide with a United Nations climate summit. "The time to act is now. The place to look is California. We're not finished, but we sure are setting the pace."

In New York City on Sunday, an estimated 400,000 people took to the streets to demand serious action among world leaders to address climate change. As part of Drive Electric Week, our 'EV Bloc' participated in the People's Climate March with signs like "Don't Pollute on Your Commute." 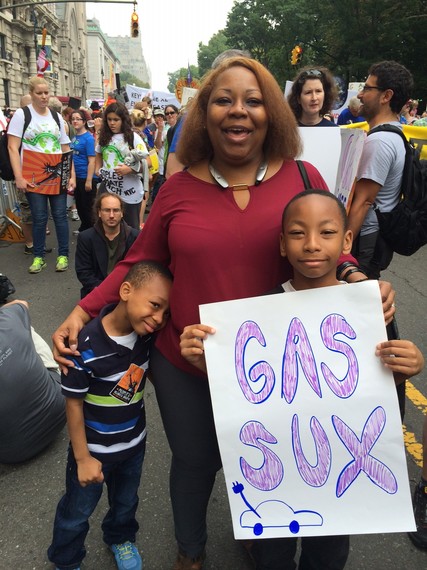 Stephanie Rawlings-Blake of Baltimore was among many mayors who issued 'drive electric' proclamations for their cities and towns. Mayor Eric Garcetti of Los Angeles said in his own proclamation, presented at UCLA, that EVs "reduce our dependence on foreign fuels, and support a healthy environment and economy."

Cupertino's celebration peaked when a judge with GUINNESS WORLD RECORDS® pronounced a new record for most all-electric vehicles in a parade: 507. The fume-free procesion, cheered on by a crowd of a couple thousand, was organized by San Francisco BayLEAFs and the Silicon Valley chapter of the Electric Auto Association, an enduring granddaddy founded in 1967. Among parade EVs was the AC Propulsion tzero, upon which Tesla Motors based its Roadster, and Stella. With onboard solar panels, this low-slung, four-passenger car is said to produce twice as much energy as it uses in an average day. It won the 2013 World Solar Challenge, a competition that launched the storied EV1 and our era's EV resurgence. Stella was designed and built by students of the Eindhoven University of Technology in The Netherlands.

Many other students participated in Drive Electric Week this year, thanks to our new Ambassador Schools initiative. Still in pilot phase, we expect to have more about this program next year, but the idea is to raise awareness of EVs among youth. In Murray, Utah, about 450 of young and old alike got to check out not only electric cars, but also electric motorcycles, bicycles, and lawn-mowers. Even Mike Lookinland, also known as Bobby Brady from The Brady Bunch, showed up to talk about his love for EVs. 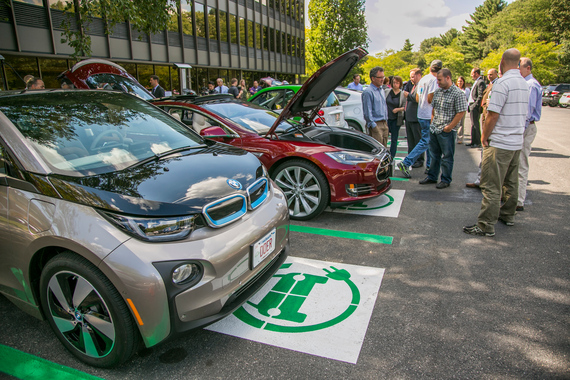 We at Plug In America, Sierra Club, and the Electric Auto Association could not have put on National Drive Electric Week without the hundreds of volunteers and dozens of partner groups at the local level, including many Clean Cities Coalitions. We also appreciated the promotion from allied groups, such as the 11th Hour Project, which announced during Drive Electric Week several exciting newly funded EV grant projects. Our friends at Union of Concerned Scientists took the opportunity to issue new blog posts on the scientifically proven benefits of plug-in cars, including: How do EVs Compare with Gas-Powered Vehicles? Better Every Year...; and How Clean are Electric Cars? A Life Cycle Assessment of Advanced Vehicle Technologies.

Most of the events were in the US, but gatherings took place in four other nations as well. Many thanks go to sponsors and other supporters in the US and abroad. Automakers, dealerships, solar and EV-charging equipment companies, as well as municipalities, government agencies, and universities are among them. It wouldn't be fair to name only a few, but we do want to send a shout out to our exclusive automotive sponsor, Nissan LEAF.

Media interest in National Drive Electric Week was unprecedented this year, with coverage appearing in more than 180 national and local outlets. The Weather Channel broadcast prime-time TV news coverage, and EV owners of all sorts got some ink from coast-to-coast. Attending a Woodland Hills, Calif. event, Linda Tcimpidis spoke to a reporter with the Los Angeles Daily News. "I love this car," said Leaf driver Tcimpidis, 61. Added the event's 17-year-old organizer, Eric Doroski: "It's the future of cars, being plugged in."

National Drive Electric Week was a hit on social media, too, reaching a peak of 3.4 million Twitter users. Post a comment to let us know how your local event went and how charged up you are.