After four Orange County homeless men were murdered in three weeks, the terror has finally been put to an end. And, as CBS Los Angeles reports, it's all thanks to hero and father, "Donny."

In the video above, Donny explains what he saw when he exited a store. He recognized the victim, 64-year-old John Berry, to whom Donny had given money the week before.

The young father proceeded to chase Ocampo into a mobile home park, where the police arrested the suspect seconds later.

It looks as though Donny prevented imminent murders, as prosecutors said Tuesday that Ocampo had selected additional victims. 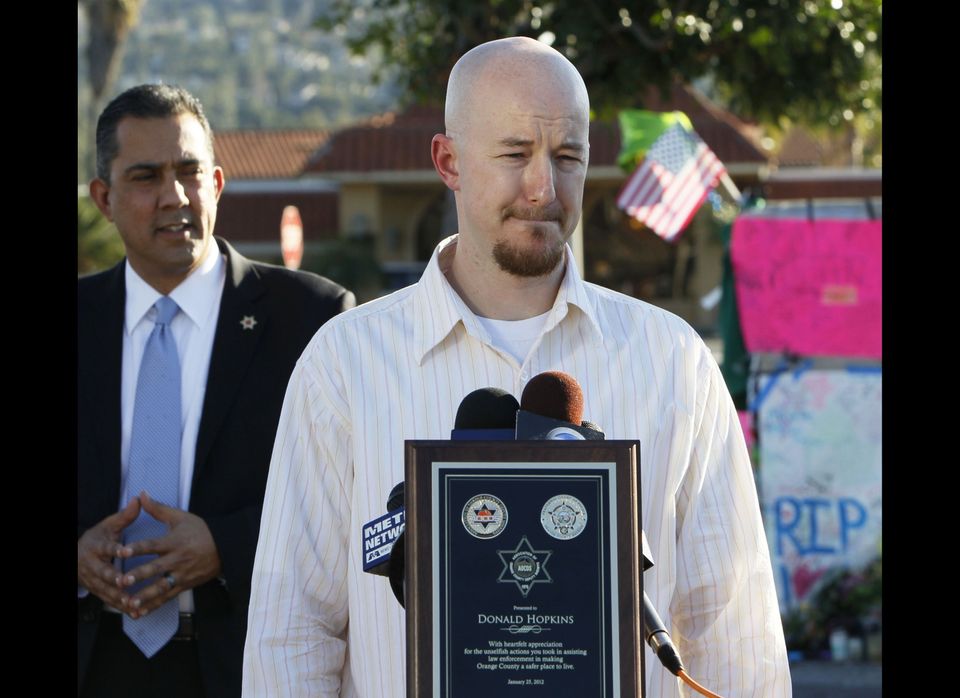 1 / 29
Donny Hopkins
Donny Hopkins, 32, right, a forklift driver who helped chase down a suspect in a string of homeless killings after seeing one of the victims stabbed to death receives a $5,000 reward from the Association of Orange County Deputy Sheriffs's president Tom Dominguez Wednesday, Jan. 25, 2012. Prosecutors have charged 23-year-old Itzcoatl Ocampo, a former Marine, and a Iraq war veteran with the murders of four homeless men in a nearly month-long spree that prompted police in Orange County to urge the homeless to seek shelter indoors. (AP Photo/Damian Dovarganes)