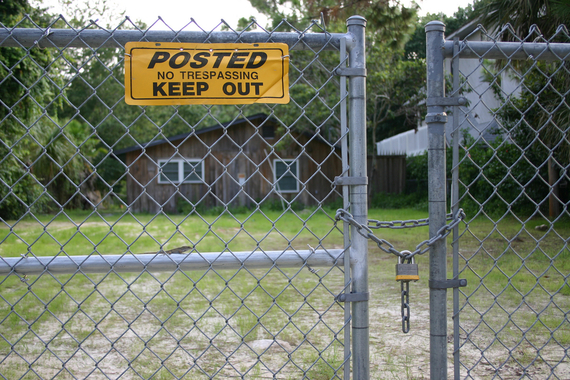 By Zachary Siegel and Allison McCabe

Earlier this year, a small handful of state legislators began what can only be described as an all-out assault on California's behavioral and mental health care industry. They introduced four separate bills on February 19 that, each in its own technical way, take immediate aim at different facets of the continuum of substance abuse treatment. Though these bills serve only the self-interest of a few affluent, coastal communities, they are being pushed at a state level, which makes their potential impact widespread.

In the late '80s, the Fair Housing Act (FHA) was expanded to protect people from discrimination based on disabilities, including those who have substance use disorders. Then in 1990, these protections were further enforced under the Americans with Disabilities Act (ADA). Upon signing the act into law, President H.W. Bush called it a historic opportunity, signaling "the end to the unjustified segregation and exclusion of persons with disabilities from the mainstream of American life."

25 years ago, whether you were a Democrat or Republican, it was deemed socially unacceptable to deny people a decent standard of living based on one's history of substance use or other disability. But these four bills--AB 2403, SB 1283, AB 2772, and AB 2255--aim to unravel this progress. For the first time since the '80s, there is bipartisan effort to not only restrict the expansion of treatment centers and sober living facilities, but to shut many of them down altogether. They're attempting to turn back the clocks to a time when it was okay to exclude people based on differences.

California has a long and distinguished history of accommodating people with disabilities and caring for those afflicted with complicated illnesses. In 1880, Los Angeles was described as a "sleepy semi-Mexican pueblo of 11,000." But as clinics sprang up to treat illnesses like tuberculosis, L.A.'s population swelled to over 100,000. People flocked to the Pacific thanks to testimonies of Southern California's "healing powers," first published in a journal called The Land of Sunshine.

With the advent of powerful antibiotics that could treat TB, these clinics eventually morphed into facilities to house people with severe mental illnesses. The healing culture of California remained on the cutting edge of treating populations deemed untreatable. Then came a process of deinstitutionalization, where public psychiatric hospitals began to close en masse. In an attempt to revamp treatment for people with mental health problems, President Jimmy Carter in 1980 signed the Mental Health Systems Act. Before the ink dried, President Reagan repealed Carter's community mental health project, ending the Federal Government's role in providing services to the mentally ill altogether.

The aftermath of deinstitutionalization to this day remains palpable throughout California and the country at-large, as seen in those who experience chronic homelessness, a quarter of whom live with untreated mental illness, including substance abuse disorders. Many today wind up in jail or prison, the new asylums.

Present day, California is a bastion for treatment centers, sober living houses, and a thriving community of people recovering from substance use gone awry. But dark clouds are on the horizon, in the form of sophisticated legislation that masquerades as safety and regulatory oversight, though in practice, only serves a potent "Not in My Backyard" (NIMBY) agenda to protect the prejudices of an elite few.

Politicians representing exclusive communities in Southern California--Malibu, Bel Air, and Newport--are hearing the cries of their affluent constituents, who want treatment centers and sober houses out of their posh, palm tree lined neighborhoods. It's a 21 century, bipartisan movement toward deinstitutionalization and an encroachment on private sector treatment, which sprang up because the government cut ties to treating those with mental and behavioral health problems in the first place.

These political maneuvers, if passed, will inevitably affect the approximately 1,500 state-licensed treatment facilities and over 1,000 sober living residences in the state. California is the biggest addiction treatment provider in the country, and the number of people these bills would affect is difficult to fathom.

When taken at face value, these technical revisions appear to be a boon to the field, which no doubt needs more oversight and regulation. There are indeed bad actors in the industry, whose thirst to capitalize on a vulnerable population trumps the intent to provide a safe, caring environment in which recovery is possible. "Really, what [the bills] do is not only shut down the bad players, they want to shut down all of them," said Thomas Renfree, deputy director of substance use disorder services at County Behavioral Health Directors Association of California. "It's really a discriminatory, NIMBY issue."

These bills would grant local governments broad powers to weigh in on the existence of recovery facilities in residential neighborhoods. This savvy machination is most evident in Assembly Bill 2403, introduced by California Assemblymember Richard Bloom, a Democrat, who represents the wealthy District 50--Malibu and Santa Monica in particular.

According to his website, "Assemblymember Bloom has also been involved in legislative efforts to combat the prescription drug overdose epidemic." AB 2403 would result in a direct negation of those efforts. His office did not return requests for comment.

This bill would force the Department of Health Care Services (DHCS) of California to prohibit the operation of treatment centers or sober houses based on their proximity to one another by introducing the concept of "overconcentration." Essentially, if there are two or more facilities--even if they're owned by the same company--that are fewer than 300 feet from each other, it's defined as "overconcentration," and on these grounds local governments would be given the power to block the issuance of a license. Treatment facilities and sober houses are often comprised of multiple properties taking up multiple lots. By defining overconcentration with these restrictive measures, this amendment will force the facility to dismantle its operation.

There is another, potentially even more damaging component to AB 2403, which creates the concept of an "integral facility." An integral facility is defined as any group of treatment centers that have anything in common. This commonality could be a director, a meal service, even a shared consultant. The treatment centers might be across town from each other, but if they share the same meal service they are considered one integral facility and are issued one license. Under current law, licensed residential treatment centers are exempt from zoning codes if they have no more than six residents; this means they do not need permission from the local government in order to operate. Under the proposed amendment, however, the zoning exemption for "integral facilities" is eliminated, giving neighbors the power to vote these people out simply because they don't want them there. It's a brilliant, technical solution to sidestepping federal protection.

"This is pretty Draconian," Harry Nelson, a lawyer for health care providers at Nelson Hardiman, told The Fix. "This will gut protections granted under the Fair Housing Act and Americans with Disabilities Act."

"It's really scary," Nelson added, "because if AB 2403 passes, it will dial us back to pre-1988, when cities had a much freer hand to just shut out treatment."

Discrimination aside, the fact that 90 percent of people who need treatment do not receive any whatsoever makes the concept of "overconcentration," well, a rich one. Amidst an epidemic of overdose, with a 400 percent increase in overdose fatalities over the last decade, there are simply not enough beds, not enough treatment options, or enough safe spaces out there for people who wish to seek help. Where the national rallying cry is for better access to treatment, this bill seeks to restrict any expansion, and potentially shut down many facilities.

"Facially, these bills look appropriate for sociological and safety reasons," said Cassidy Cousens, founder of 1 Method Center, who has decades of experience in California's treatment field, during an interview with The Fix. "But, in application, it is going to set back, I'd say, 95 percent of the programs in California... forcing them to close. There's just no way to withstand the legislation that they're talking about implementing."

Cousens said this could decimate the field. And his biggest concern is the reasoning behind why these bills are being put forth. "What it comes down to is people have a stigma and attachment to mental and behavioral health patients where they just don't want them around."

Such wording, however, is never made explicit by the opposing side, unless maybe you were to ask Donald Trump, who comfortably eschews all euphemism. The community concerns are coded in politically correct fears of safety. For instance, the fact sheet for Assembly Bill 2255, introduced by 67th District Republican Melissa A. Melendez (on the same day as AB 2403) cites a statistic apparently made up by Costa Mesa's Police Chief: "crimes have increased 33% in Costa Mesa because of the high concentration of sober living homes and the relapsing of addicts." There is no evidence to support this claim; no research has shown any negative relationship between the presence of these facilities and any increase in crime (in fact the opposite is true). But the facts don't help: one Costa Mesa company was just forced to shut down 33 of its sober living houses, in part because unfounded fears were stoked by dubious statistics.

Not only does the research not support the claims made by police and politicians, but it directly contradicts them. A recent study conducted by Johns Hopkins, published in the Journal of Studies on Alcohol and Drugs, analyzed crime statistics within proximity to drug and alcohol treatment centers. "The data reveal that community members should be more worried about liquor stores than drug treatment centers," the researchers concluded, because liquor stores, not treatment centers (even methadone clinics!), attracted much more crime.

One study, conducted by Dr. Leonard Jason at DePaul University, found among Oxford Houses "that larger house sizes predicted less criminal and aggressive behavior," contrary to the fears of the cities that oppose them. One of Polcin's papers, titled Community Context of Sober Living Houses, also empirically contradicts NIMBY-agendas. What his team found was that sober living "residents are perceived as good neighbors."

Polcin concluded, "If these homes are not available to individuals with alcohol or drug problems they are more likely to continue their addictive lifestyles causing harm to themselves and their communities."

This was the exact outcome when Reagan annihilated the government's role in the treatment of mental health. Both crime and homelessness, to this very day, are sociologically tethered to shutting down psychiatric hospitals. Polcin suggests if these houses are not available, there will be more harm to communities for neglecting to treat and house those in need.

The concerns of wealthy communities, however unfounded, have quietly crept into the social mainstream. Whether intended or not, the consequences of these four bills will inevitably be far reaching. California's history of healing demonstrates that when people with disabilities are systematically shunned from communities, the results are dire. By enacting these bills, we aren't just turning our backs on an estimated 3.5 million people in California suffering from a substance-abuse related disorder, we are shunning them. By eliminating thousands of treatment beds across the state, most addicts will be left with nowhere to go for help. Without a thriving recovery community, The Land of Sunshine will look a lot less sunny.

Zachary Siegel has been a regular contributor to The Fix since 2013.

Allison McCabe is the editor in chief of The Fix.