On Wednesday, Gov. Jerry Brown announced there will be mandatory water cutbacks in the drought-stricken state for the first time in history.

"Today we are standing on dry grass where there should be five feet of snow," he said in a statement. "This historic drought demands unprecedented action. Therefore, I'm issuing an executive order mandating substantial water reductions across our state. As Californians, we must pull together and save water in every way possible."

While previous efforts at rationing water have been initiated at the city and district levels, this is the first time that rationing has been enforced statewide.

The orders come the same day Brown joined officials at a snowpack measure in the Sierra Nevada mountains that revealed levels are are at an all-time recorded low, at just 6 percent of the long-term average for this time of year. The previous low was 25 percent, set in 1977 and again in 2014.

Images Brown's office released with his announcement show the shocking difference in snowpack measured in April of previous years. 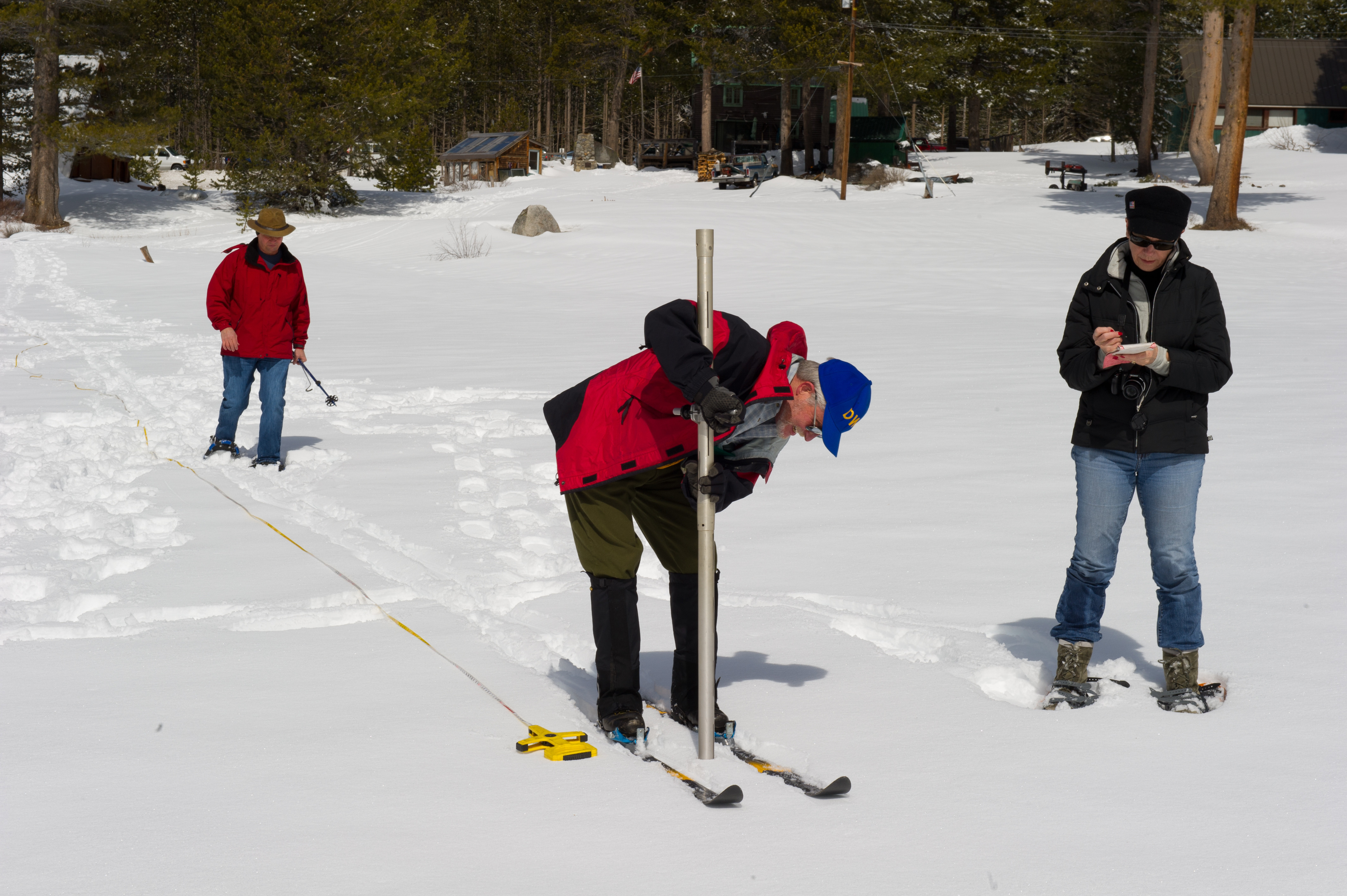 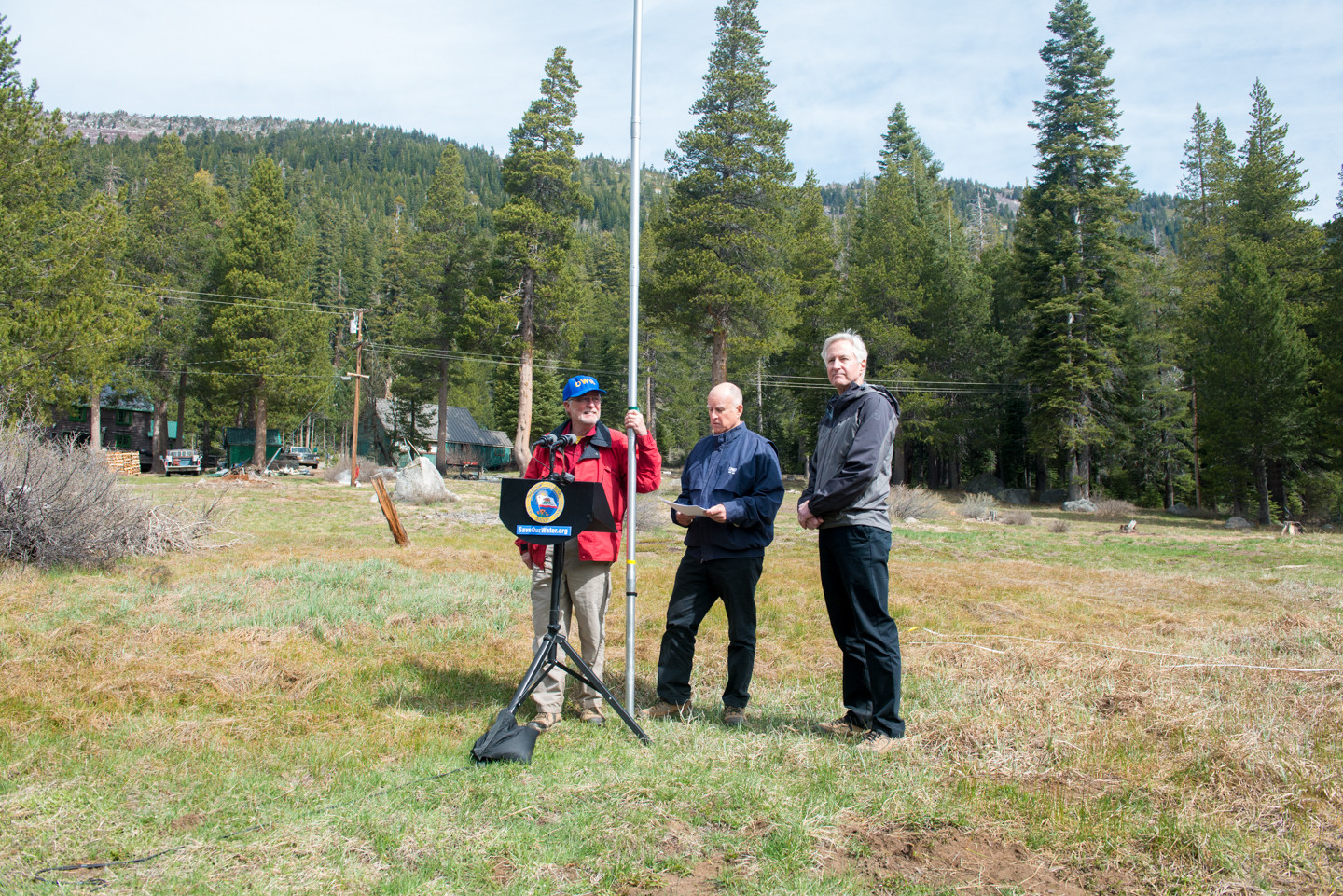 Satellite images captured by the National Oceanic and Atmospheric Administration show how much California's snowpack shrunk between February 2014 and this past January, which was the driest on record. 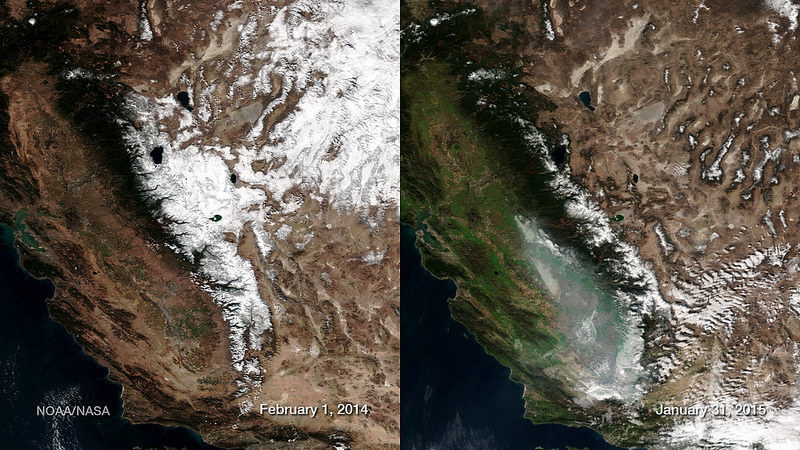 Under the new restrictions, the State Water Resources Control Board will enforce a 25 percent water use reduction in every city, conserving about 1.5 million acre-feet of water throughout the next nine months. According to the governor's office, that's nearly the amount of water currently left in Northern California's Lake Oroville. Shrinking water levels made the lake one of the drought's most jaw-dropping visuals.

The mandatory cutbacks come a little over a year after Brown asked Californians to voluntarily reduce their water use by 20 percent. Maps from the National Drought Mitigation Center show the increasingly dry conditions the state is facing as it suffers through its fourth year of drought.

The state will also partner with local governments to rid California of 50 million square feet of lawns and replace the water-intensive greenery with drought-tolerant landscaping. Campuses, golf courses, cemeteries and other large landscapes often covered in sprawling lawns will be required to make significant cuts, the announcement notes. Watering ornamental lawns on public street medians will be banned.

Residents will also be able to take advantage of a new temporary, statewide consumer rebate program that rewards them for replacing appliances with more water-efficient ones. All new residences and developments will be prohibited from irrigating with potable water unless they use water-efficient drip irrigation systems.