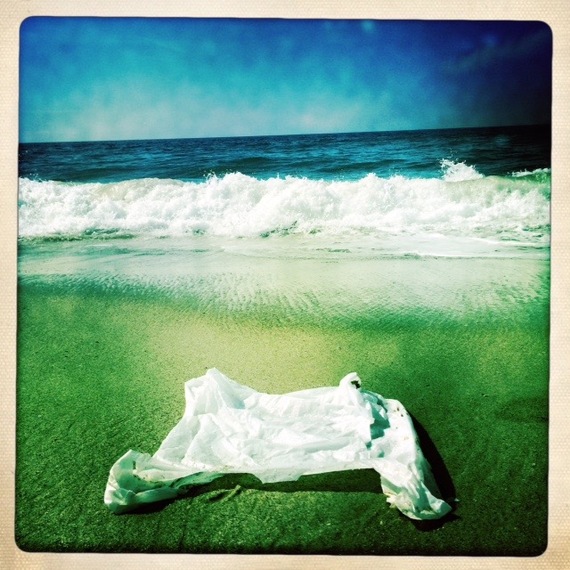 Enough of dealing with plastic trash once it floats down storm drains and rivers to end up on beaches, let's stop the plastic deluge upstream - especially the disposable single-use kind.

California was the first state to ban single-use plastic bags. Governor Brown signed the law back in September 2014, but it got hijacked.

The American Progressive Bag Alliance (APBA) trade group spent over $3 million to delay Senate Bill 270 which was due to go into effect for large grocery chains last summer and most other retailers this July. The measure will now be a proposition on the November election ballot.

By which time the plastics industry will spend an estimated $30-50 million to persuade Californians to vote against their state bag ban.

Ironically 138 cities and counties in California have bans - San Francisco banned the bag nearly a decade ago - so collectively almost half the state already functions without disposable bags.

And SB 270 didn't outlaw all plastic bags - just the really flimsy variety - instead stores must provide recycled paper bags, or sturdier plastic ones that are both re-usable and easier to recycle.

Because single-use plastic bags clog recycling machines - a Sacramento recycling plant cited six costly stoppages in one day due to bag snafus. Even more problematic - less than five percent get recycled, even in a place with sophisticated waste treatment infrastructure such as California.

So what happens to the ninety-five percent of bags that don't make it into a blue bin?

Plastic doesn't biodegrade, meaning if it ends up in a landfill, it'll sit there for hundreds of years.

But it's the plastic that gets away that drives bag banning legislation.

Burgeoning amounts of plastic debris clog waterways, create havoc with marine ecosystems, litter roadsides and beaches. Most of California's watersheds drain into the Pacific Ocean along a thousand miles of coastline - that's a lot of beach.

Though the APBA spokesperson, Lee Califf, claims SB 270 is masquerading as environmentalism, but in reality is a ploy by greedy grocers to make bank with the ten-cent fee they can charge shoppers for each carry-out bag provided.

But for all its convenience plastic has indeed become an ecological nightmare.

A report at the World Economic Forum last month warns by 2050 there'll be more plastic in the ocean than fish - 8 million tonnes of plastic ends up in the ocean every year.

A global study by Doctor Marcus Erikson of the 5 Gyres Institute and other researchers, estimates there's 5.25 trillion pieces of plastic in the ocean - most of it microscopic. They dubbed it ocean plastic smog.

Some scientists predict plastic will be the best geological maker of the Anthropocene - the epoch where humans dominate earth's ecosystems and geology.

Plastic will be the archaeological record of our disposable to-go lives, but the greatest price is being paid by the creatures we share the planet with. 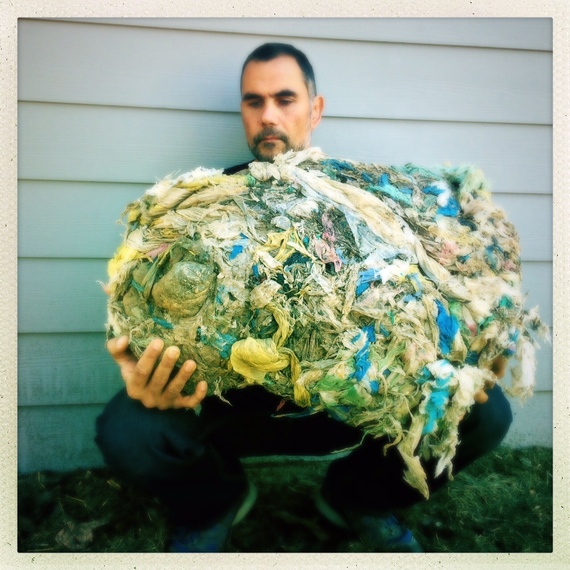 Dr. Marcus Erikson of the 5 Gyres Institute with a 400-500 plastic bag gastrolith - stomach contents - taken from a a camel in Dubai. Photo Credit: B Waymouth

But the tsunami of plastic is beginning to hit a wall.

In South Africa the single-use plastic bag became so ubiquitous it was called the "national flower" until banned in 2003. Italy got rid of the bag in 2013, and France is about to follow suit.

Some in the American plastics industry admit there's a pollution crisis, but remain steadfastly committed to keep the manufacturing status quo and even increase production - worldwide plastic production is on course to quadruple by 2050.

Californians Versus Big Plastic is not suggesting plastic manufacturers shut up shop, but rather make products that fit the circular economy model - where design and function emphasize long product life-span plus effective recovery and regeneration.

SB 270 provided $2 million in loan monies to help plastic manufacturers transition to producing better quality bags. The APBA says that amount is nowhere near sufficient to fund production conversions and save the 2,000 plastic manufacturing jobs in California.

But couldn't the tens of millions of dollars about to be spent in round two of California's bag battle be better spent creating the re-usable long-lasting alternatives our planet so desperately needs?

Laws that reduce pollution and drive innovation benefit everyone. Over the past four decades California has received 50 waivers from the EPA, prompting the strictest enforcement of the Clean Air Act, alongside that came more efficient car emissions technology and car design.

Just as the state leads with clean air efforts - polls now show sixty percent of Californians are done with the bag.

As for those who like beach clean ups, never fear, after the plastic bags are gone there'll still be all those single-use plastic straws to pick up. 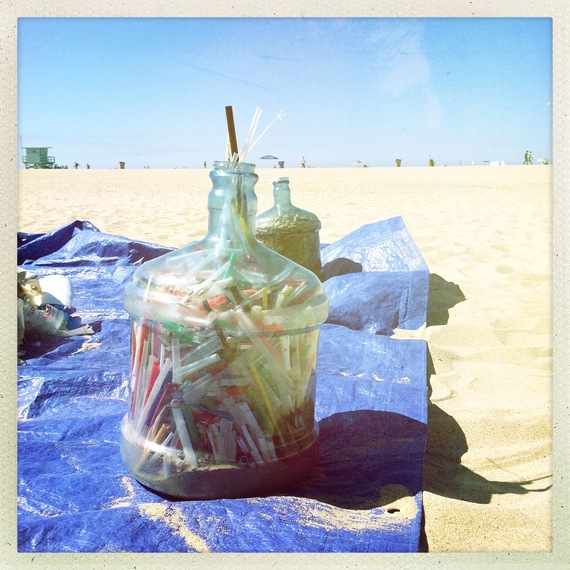