California Gov. Jerry Brown (D) vetoed a bill Friday that would have guaranteed job-protected time off for many new parents in the state.

In a veto message, Brown said he rejected the bill out of concern for the potential impact on small businesses.

“It goes without saying that allowing new parents to bond with a child is very important and the state has a number of paid and unpaid benefit programs to provide for that leave,” he wrote. “I am concerned, however, about the impact of this leave particularly on small businesses and the potential liability that could result.”

The governor continued, “As I understand, an amendment was offered that would allow an employee and employer to pursue mediation prior to a lawsuit being brought. I believe this is a viable option that should be explored by the author.”

According to Jackson’s office, the bill would have extended protected leave to 2.7 million additional Californians, or 16 percent of the state’s workforce.

California already guarantees workers up to 70 percent of their pay for six weeks to bond with a new child or care for a relative. (The percentage depends on the worker’s income level ― lower-wage workers are guaranteed a higher percentage.) Under the proposed bill, new parents employed by small businesses would have been able to access those funds without fear of losing their job.

“I’m deeply disappointed in today’s veto,” Jackson said in a statement on Friday. “This bill would have corrected an inequity in current law that leaves millions of new parents without the ability to take advantage of the Paid Family Leave Program they already pay into without the fear they could lose their jobs if they do.”

“I believe everyone deserves the basic right to take time off to care for a newborn,” Jackson continued. “With more women in the workforce than ever before, supporting working families through more family-friendly workplace policies has become elevated as a national priority. As many states move forward with strong policies for parental leave, California cannot afford to be left behind.”

The state lawmaker vowed to keep working on the issue.

Studies show that paid parental leave has important health benefits for both parents and children, and that parents who take time off to bond with a new child are more likely to embrace a greater role in raising the child later on. However, just 12 percent of U.S. workers have access to paid family leave.

The tide does appear to be shifting: Nine states and the District of Columbia have laws on the books similar to the one proposed in California. Earlier this year, San Francisco became the first U.S. city to require companies to give employees at least six weeks of paid parental leave. And some private employers, particularly tech companies, have begun offering expansive leave programs.

PHOTO GALLERY
What It Looks Like To Be A Working Parent 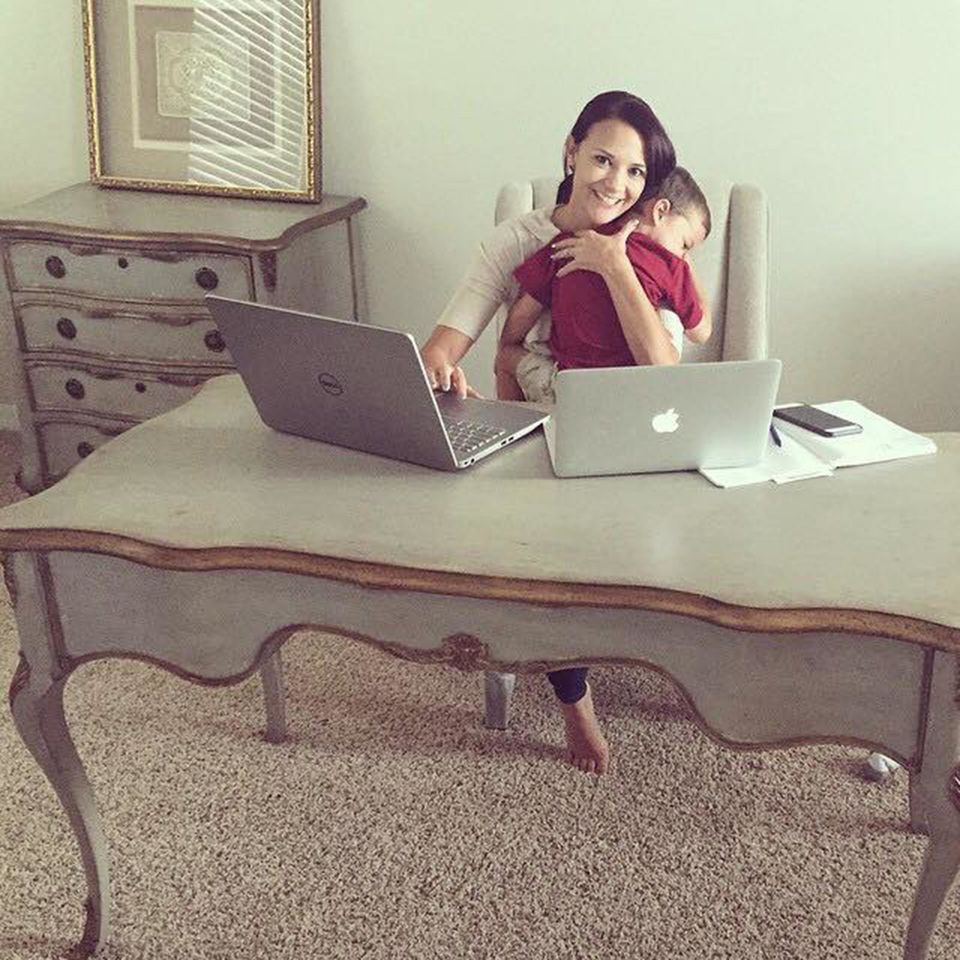