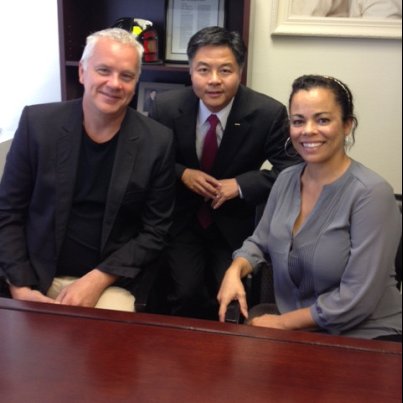 The recent prison compromise between Gov. Jerry Brown and the state Senate presents California with a unique opportunity to provide a durable, transformative solution to its prison overcrowding problem by focusing on rehabilitation. One reason for the crowding crisis is California's highest-in-the-nation 63.7 percent recidivism rate. That means for every 1000 inmates that leave prison, 637 commit new crimes and land back in prison.

There is a better way -- and it saves taxpayer dollars.

Multiple studies show in-prison rehabilitation programs can significantly reduce the percentage of prisoners who re-offend. If California could reduce its recidivism rate by just 10 percent, that alone would solve the crowding problem. Any successful system of rehabilitation requires multiple components, ranging from mental health and drug treatment to education and skills training. One aspect that may not be initially obvious, however, is the power of art and theater.

California used to have a successful statewide arts-in-corrections program. In 1977, Eloise Smith, who was appointed by Brown to serve as the first director of the California Arts Council, established the Prison Arts Project. It was the first of its kind and soon emulated by other states.

The Prison Arts Project program was evaluated in 1983 with a cost-benefit study by Dr. Larry Brewster at the University of San Francisco. The study found the Project to be effective. Taxpayer benefits resulted from fewer incidents and a reduction of disciplinary actions. Additionally, qualitative data - through surveys with inmates, staff and corrections officers -- suggested a transformation in attitudes and skill sets among participants.

A 1987 follow-up study by Brewster found that inmates who went through the Prison Arts Project returned to prison at lower rates than the general population of parolees. The study showed that one year after release, Prison Arts Project participants had a favorable status rate of 74.2 percent, compared to 49.6 percent for state parolees as a whole.

Earlier this year, the California Legislative Joint Committee on the Arts held a hearing on the role of art in preventing incarceration. Experts in the field validated the prior successes of the Prison Arts Project and testified that the arts can be an effective tool to slow the prison pipeline and reduce recidivism.Due to budget cuts, the Prison Arts Project was eliminated in 2003. A few non-profit groups, however, have sustained some arts-in-corrections programs with only private funding. The Actors' Gang Prison Project is one such example. This non-profit outreach program works with inmates in a handful of California's prisons. The workshops have 20 inmates, run for eight weeks and are intense, with each session lasting four hours. The prisoners are required to keep a diary so they can map their progress and, at the end of the eight weeks, they open the doors to allow other inmates & invited guests to watch a workshop and hear first-hand the inmate's experience of transformation.

Thanks to this successful program, some inmates, for the first time, are able to express long repressed emotions or experience and understand new ones. This helps to develop empathy, an essential tool to stop reoffending. Rival prison gang members have developed deep bonds and have transcended race barriers through these acting workshops. What could be seen as merely having fun, actually works on a deep, cognitive level and creates lasting effects in the lives of the inmates, their families and the communities they come back to.

One prisoner who went through the program wrote, "I made a major transition. I got to express my emotions .... I made a real connection with the men here .... It's made me a better man."

Another inmate wrote, "This class has brought freedom. When this class starts we have freedom -- we can live anywhere and be anything and we're not confined. We feel 'normal' in here this class."

And, "Barriers are being broken, we are all talking, there is a spirit of peace on the yard."

While the Actors' Gang Prison Project has transformed lives without any State funding, to have a significant effect on recidivism reduction, these programs need to be provided statewide. The compromise embodied in Senate Bill 105 offers a path forward for funding on a statewide basis for rehabilitation programs. A federal three-judge panel recently ordered the governor's administration and attorneys for prisoners to negotiate a solution to the prison crowding crisis. Restoring arts-in-corrections programs on a statewide basis needs to be part of that conversation.

As Shakespeare wrote so insightfully in Hamlet, "[W]e know what we are, but know not what we may be."

Tim Robbins is an actor, director, and producer and founding Artistic Director of the Actors' Gang. Ted Lieu is a California state Senator and Chair of the Legislative Joint Committee on the Arts.