For the state that is home to Silicon Valley and high tech invention, to Hollywood and the single largest export in the world: theatrical films, it has always been a mystery why so few dollars were spent on the arts. In fact, the California Arts Council limped along for 11 years on the lowest allocation per capita than any state in America. It has ranked 50th since 2003, except for 2011 when Kansas temporarily eliminated all arts funding.

When it is becoming clear that creativity and innovation are the benchmarks of the new, global, knowledge economy, why you might ask, has California been conspicuously silent about the vital role of the arts. Maybe it was just the extremely poor financial condition of the state which as California's Controller John Chiang has said, has experienced seven years of "record-high borrowing just to pay ... everyday bills."

Maybe. But things seems to have suddenly changed and the future looks promising.

This week (October 6 &7) the California County Superintendents Educational Services Association (CCSESA) will hold another arts training event based on a groundbreaking program called "Creativity at the Core".

Developed as a result of a grant from the California Arts Council and supplemented by the Hewlett Foundation, CCSESA has modules created by Regional Arts Leads, a member of the Association's Visual and Performing Arts subcommittee, as part of CCSESA's Statewide Arts Initiative. The event will be held at the Sacramento County office of Education's Leadership Institute and include:

• Arts Integration as a Model of Rigorous Instruction: Connecting Arts

• Leadership in the Arts and Common Core State Standards

This is just the start of the California's program to transform K-12 schools using the arts as an integral part of the adoption of the "common core" standards. 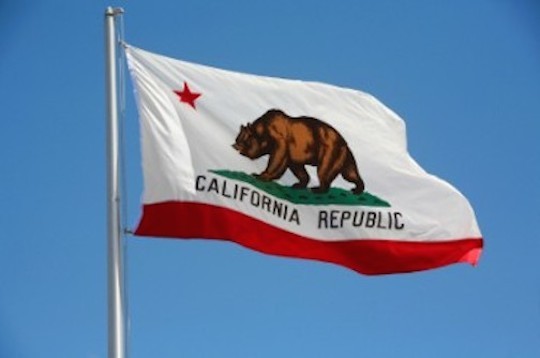 This year also, the Arts Council received a one-time, $5 million increase in its 2014-15 budget, bringing its total support from the general fund to $6 million. In response to this years budget increase, Wylie Aitken, chair of the California Arts Council, said:

"People throughout the state rallied around the impact of the arts. It impacts almost every phase of life, including education, the schools - the arts get people in schools and through schools. The arts contribute to the economy of California and rehabilitate prisoners. The arts provide employment. It's recognition that we're finally getting the message across."

The new funding will help the state support even more initiatives using the arts to provide the "new thinking skills" our young people need for the new economy.

The state hasn't been without its advocates. To the contrary, Senator Curren Price of the legislature wanted an Advisory Committee on Creative and Innovative Education because, he said, the state schools aren't teaching kids to be creative. He proposed a Senate Bill (789) establishing such a committee, similar to the one already signed by the Governor of Massachusetts, "to develop an Index to measure and inspire creativity and innovation in our public schools." It failed to win the support it needed.

Former California Arts Chair, Malissa Shriver intrigued State Superintendent of Education, Tom Torlakson, to develop and put out a "Blueprint for Creative Schools" but that too, after over two years in the making, has not yet been released.

Since then, Shriver, together with world-renowned architect Frank Gehry, has established the California Turnaround Arts program for schools in the Kings, San Bernardino, Alameda, Los Angeles, Monterey, Humboldt, San Joaquin, Contra Costa and San Diego Counties. The Turnaround Arts Program, which was recently expanded, is part of a larger effort by the Obama administration to use the arts in failing schools across the country.

As perhaps only California could do, Shriver and Gehry have recruited other well-known celebrities committed to be an artist mentor of a California school, such as Jason Mraz, Forest Whitaker, Kerry Washington, Rashida Jones, Jesse Tyler Ferguson, Marc Anthony, Tim Robbins, Chad Smith and Russell Simmons.

But one of the most exciting and promising efforts is the Creativity at the Core initiative as it "place(s) discrete arts education and arts integration at the forefront during the implementation of the Common Core for all California K-12 schools - specifically, through the creation of teacher professional-development modules that incorporate dance, music, theater, visual arts, and other arts forms into Common Core instruction."

Recently, the Arts Council, also announced funding for 119 arts education organizations including (1) The Arts Consortium in Tulare County, who are using the arts to "study the mechanical aspects of a potter's wheel, the soil types used in different forms of pottery, and the chemical changes taking place during firing." (2) The Arts Council of Monterey, teaching the "science of the watershed and the theme of water flowing from mountains to agricultural lands to the sea" using improvisational scene making. And (3) Malashock Dance, San Diego County, which will be using "mathematical concepts as tools to create and explore dance."

This is only a start but a start that should ignite the awareness of other states and the nation and hopefully lead to a renaissance in education. Unless we nurture the whole brain, find ways to marry art and science, develop new interdisciplinary courseware with real world objectives, and create a new way of teaching and learning, there will not be another great American century.