Californians love any excuse to return to, or at least emulate, the glory days of the 1960s, when the grass was greener and the license plates were...blacker.

A new California bill proposes issuing brand new versions of old license plates with the familiar color schemes of the past decades.

According to the text, Assembly Bill 1658 would require the department to establish the California Legacy License Plate Program and to create and issue a series of specialized license plates that replicate ones from the past.

Although the new license plates have to comply with current standards, including being reflective, they are sure to appeal to owners of retro-style cars, such as the Beetle, the Fiat and the Camaro.

The DMV, however, will not establish the program unless it has received at least 7,500 paid applications for plates before January 1, 2014.

Check out your potential license plate options below: 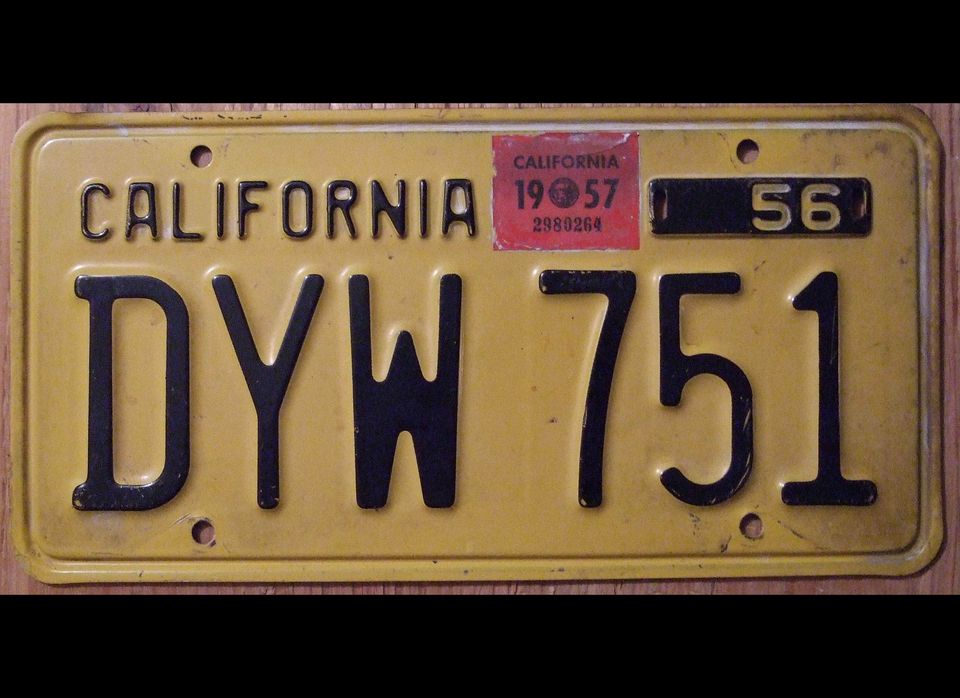 1 / 3
CA 1965 License Plate
"In 1956 California issued a new black on yellow baseplate to be validated with stickers in 1957 discontinuing the use of metal tabs on California passenger plates. These black on yellow plates would be issued through 1962. In 1956 California would join the rest of North America by issuing standard 6 X 12 inch license plates. This plate shows a reflective black on red sticker added for 1957 to the 1956 California baseplate." - Flickr: <a href="http://www.flickr.com/photos/woodysworld1778/3296392281/in/photostream/" target="_hplink">woody1778a</a>
Flickr: woody1778a