(Reuters) - Firefighters on Wednesday were working to gain control of two wildfires burning across drought-parched foothills northeast of Los Angeles, though authorities lifted some evacuation orders as crews created a buffer around previously threatened homes.

Residents of 534 homes in the city of Duarte, on the outskirts of Los Angeles, were beginning to return on Wednesday, according to U.S. Forest Service spokesman Nathan Judy. Nearly 800 homes were placed under evacuation orders a day earlier.

"The flames burned through all available vegetation and fire crews created a buffer zone behind those residences in those areas," Judy said.

The fire is one of two that make up the so-called San Gabriel Complex that has charred about 4,900 acres (1,983 hectares) in the foothills of the San Gabriel Mountains, the Forest Service said.

Just 10 percent of the fires, which started a few miles apart early on Monday, have been contained, as the flames have been propelled by bone-dry chaparral and severe heat.

No property losses or serious injuries were reported.

While the cause of the fires has not been determined, some 95 percent of wildfires that burn through tangled, thorny chaparral vegetation in California is caused by humans, the Forest Service said.

To the south, firefighters managed to slow the growth of a massive fire near the Mexican border town of Potrero, but evacuation orders remained in place for a fourth day as about 1,000 structures were under threat.

That fire, about 50 miles (80 km) southeast of San Diego, has blackened more than 6,500 acres - growing by about 500 acres from Tuesday - and was 15 percent contained on Wednesday, said Cal Fire Captain Kendal Bortisser.

Crews were bracing for an erratic fire fight on Wednesday due to hot, dry weather and steep terrain dotted with drought-parched vegetation, he said.

Even so, the flames were moving away from communities initially threatened and authorities were evaluating whether to lift some evacuation orders later on Wednesday, Bortisser said. 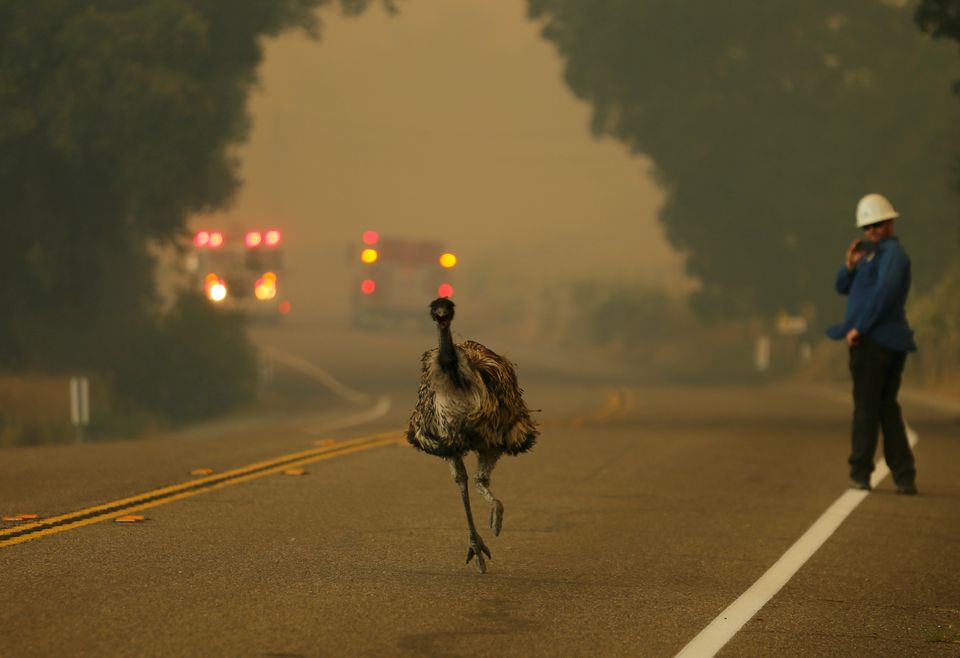