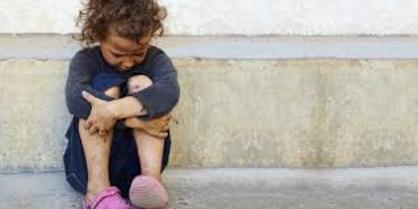 As San Jose University professor Roxana Mariachi notes, a major issue with California's Smarter Balanced results involves the apparent inability of the California Department of Education (CDE) to produce evidence that the Smarter Balanced tests are reliable and valid:

At the September 2nd, 2015 State Board of Education meeting, you heard public comment from Dr. Doug McRae, a retired test and measurement expert who has for the past five years communicated directly and specifically to the Board about validity problems with the new assessments. He has submitted the following written comments for Item #1 [CAASPP Update] at the latest meeting and spoke again about the lack of evidence for validity, reliability, and fairness of the new assessments.

"My name is Doug McRae, a retired testing specialist from Monterey.

"Statewide test results should not be released in the absence of documented validity reliability and fairness of scores. Individual student reports should not be shared with parents or students before the technical quality of the scores is documented." [Emphasis removed.]

I wrote about Smarter Balanced in November 2014. At that time, the Smarter Balanced Assessment Consortium (SBAC) had decided that "college ready" meant "Common Core content ready," and it had no clue how to operationalize "career ready."

That was only two months prior to McRae's request for reliability and validity evidence, which does not seem to exist.

Still, Torlakson and the CDE are pitching Smarter Balanced results as though they are reliable and valid. From the September 09, 2015, CDE press release:

SACRAMENTO--State Superintendent of Public Instruction Tom Torlakson today unveiled the results of new online assessments administered to about 3.2 million students last spring to gauge their progress in learning new, more rigorous academic standards designed to prepare them for college and careers in the 21st century. ...

CAASPP includes a number of assessments, but the most widely given are the Smarter Balanced Summative Assessments, which evaluate student progress on the California standards in mathematics and English language arts/literacy, often referred to as the Common Core.

"The results show our starting point as a state, a window into where California students are in meeting tougher academic standards that emphasize critical thinking, problem solving, and analytical writing," Torlakson said. "California's new standards and tests are challenging for schools to teach and for students to learn, so I am encouraged that many students are at or near achievement standards. However, just as we expected, many students need to make more progress. Our job is to support students, teachers, and schools as they do."

I would like to point out one comparison reported in the CDE press release, which states that 3.2 million students took what amounts to the mystery Smarter Balanced tests:

Almost 1.9 million students were classed as "economically disadvantaged" (defined by the CDE as "students eligible for the free and reduced priced meal program, FRPM, foster youth, homeless students, migrant students, and students for whom neither parent is a high school graduate").

The remaining 1.3 million were classed as "not economically disadvantaged."

Given the results above, the onus rests upon the CDE and SBAC to present to the public empirical evidence demonstrating that the Smarter Balanced tests do more than simply mirror the socioeconomic status of test takers.

In addition, it is the responsibility of CDE and SBAC to demonstrate that the shaky operationalizing of "college and career readiness" as referenced in the November 2014 SBAC information above has some solid empirical backing. If no such evidence is available, then it is reasonable to assume that both CDE and SBAC are knowingly perpetrating a colossal fraud with the supposed "college and career ready" SBAC assessment product.